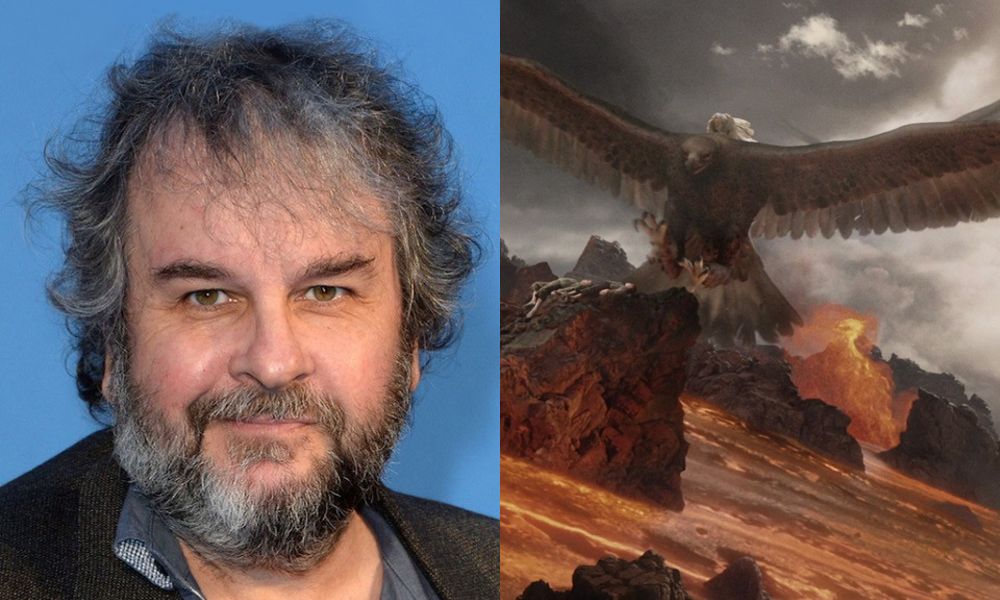 Today, the Visual Effects Society (VES), the industry’s professional global honorary society, named Sir Peter Jackson, Academy, DGA, PGA and VES Award-winning director-producer-screenwriter, as the forthcoming recipient of the VES Lifetime Achievement Award in recognition of his valuable contributions to filmed entertainment. The award will be presented at the 19th Annual VES Awards, streaming worldwide on April 6/7 (depending on time zone) and hosted by comedian Patton Oswalt.

The VES Lifetime Achievement Award, bestowed by the VES Board of Directors, recognizes an outstanding body of work that has significantly contributed to the art and/or science of the visual effects industry. VES will honor Jackson for his consummate artistry, expansive storytelling and profound gift for blending iconic imagery and unforgettable narrative on an epic scale. Jackson’s ability to harness craft to bring his unique visions to life has resulted in cinematic experiences that have transported and transfixed audiences worldwide. And his state-of-the-art work to restore archival footage has made him a lauded champion of film history and restoration.

“Sir Peter Jackson is one of the most innovative filmmakers of our generation,” said Lisa Cooke, VES Board Chair. “Peter pushes the known boundaries of filmmaking and his vision and contributions to the art are legendary. He has redefined the relationship between the viewer and the story – you can easily see this from the epic cult followings of his highly engaging work, a testament to his expert blending of visual effects, evocative characters and a remarkable imagination. For this and more, we are honored to award Peter with the prestigious Lifetime Achievement Award.”

“I’m thrilled and gratified to receive the VES Lifetime Achievement Award,” said Jackson. “If I was ever going to be honored for my lifetime of work, I would have chosen the VES award, because I started my career as a seven-year-old making models and shooting them with a Super 8 camera. The dream of making visual effects was the seed of my whole world as a filmmaker. But just because it’s called Lifetime, don’t think I’ve peaked; there’s a lot more to come!”

Sir Peter Jackson made history with The Lord of the Rings trilogy, becoming the first person to direct three major feature films simultaneously. The Fellowship of the Ring, The Two Towers and The Return of the King were nominated for and collected a slew of awards from around the globe – including a total of 12 VES Awards across the trilogy — with The Return of the King receiving his most impressive collection of awards. This included three Academy Awards (Best Adapted Screenplay, Best Director and Best Picture), two Golden Globes (Best Director and Best Motion Picture-Drama), three BAFTAs (Best Adapted Screenplay, Best Film and Viewers), and awards from the Directors Guild and Producers Guild. As a follow up to The Lord of the Rings trilogy, Jackson directed, wrote and produced King Kong, which grossed over $500 million and won three Oscars.

Jackson previously received widespread acclaim for Heavenly Creatures, which received an Academy Award nomination for Best Screenplay. Jackson directed the Academy Award-nominated The Lovely Bones and produced the worldwide sci-fi hit District 9. He was a producer on Steven Spielberg’s The Adventures of Tin Tin: The Secret of the Unicorn and also directed, produced and co-wrote the three-film adaptation of Tolkien’s The Hobbit. Other film credits include Braindead, which won 16 international science fiction awards, including the Saturn. Jackson also co-directed the television documentary Forgotten Silver.

Jackson’s recent films include Mortal Engines, based on a post-apocalyptic world where cities ride on wheels and consume each other to survive. He directed and produced They Shall Not Grow Old, a visually staggering documentary on World War I, with digitally restored never-before-seen footage. BAFTA-nominated for Best Documentary, it won Critics Choice Awards for Best Director and Most Innovative Documentary. Jackson is currently directing and producing The Beatles: Get Back documentary, slated for release in August 2021.