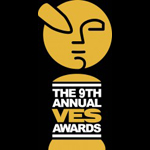 There’s been a minor adjustment in the holiday awards schedule, with the 9th annual VES Awards moving dates and locations to now appear Feb. 1 at the Beverly Hilton Hotel.

The event had previously been scheduled for Jan. 28 at Hyatt Regency Century Plaza Hotel.

The nominees for the VES Awards are set to be announced Jan. 10.

The event will follow key dates in the Awards race, with the winners of the Golden Globes announced Jan. 16, followed by the Oscars VFX bakeoff Jan. 20, Oscars nominations on Jan. 25, the Annie Awards on Feb. 5 and the Oscars on Feb. 27.