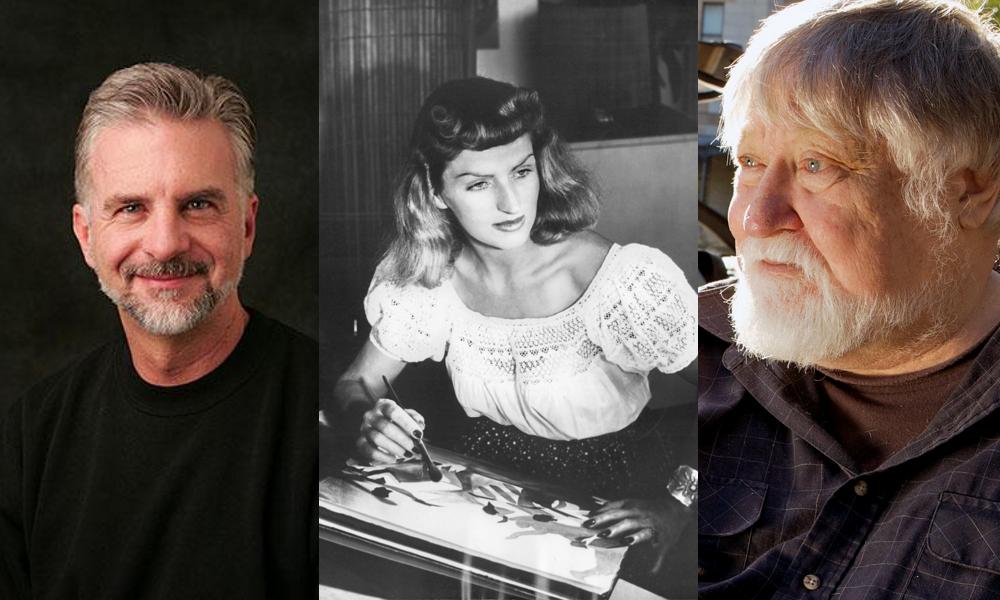 The Visual Effects Society (VES), the industry’s global professional honorary society, announced the Society’s newest Honorary Members, VES Fellows and inductees into the VES Hall of Fame. The honorees and Hall of Fame inductees will be recognized at a virtual celebration in the coming weeks. 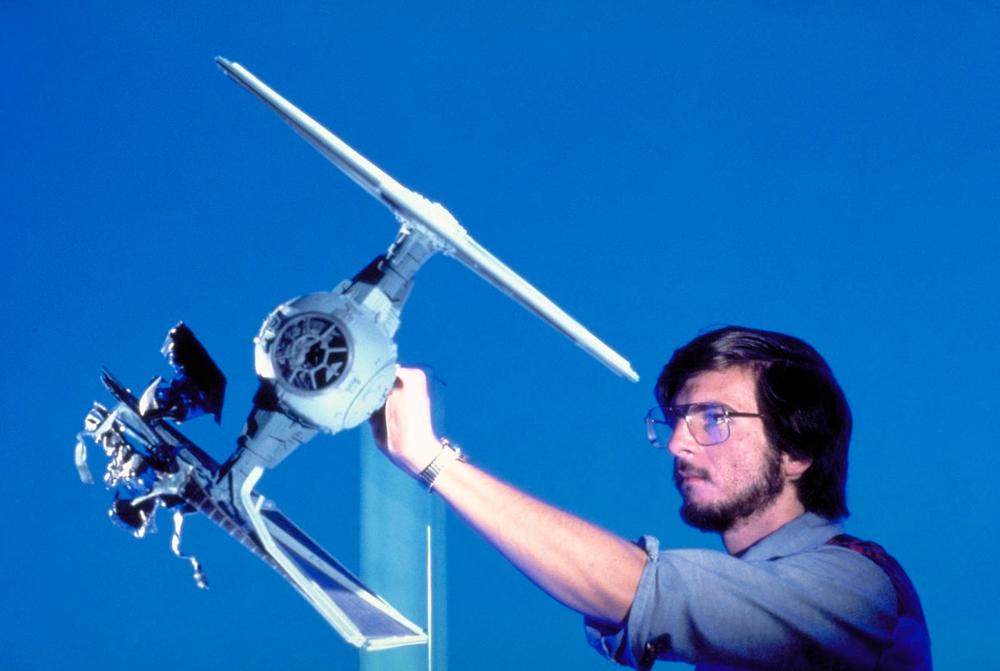 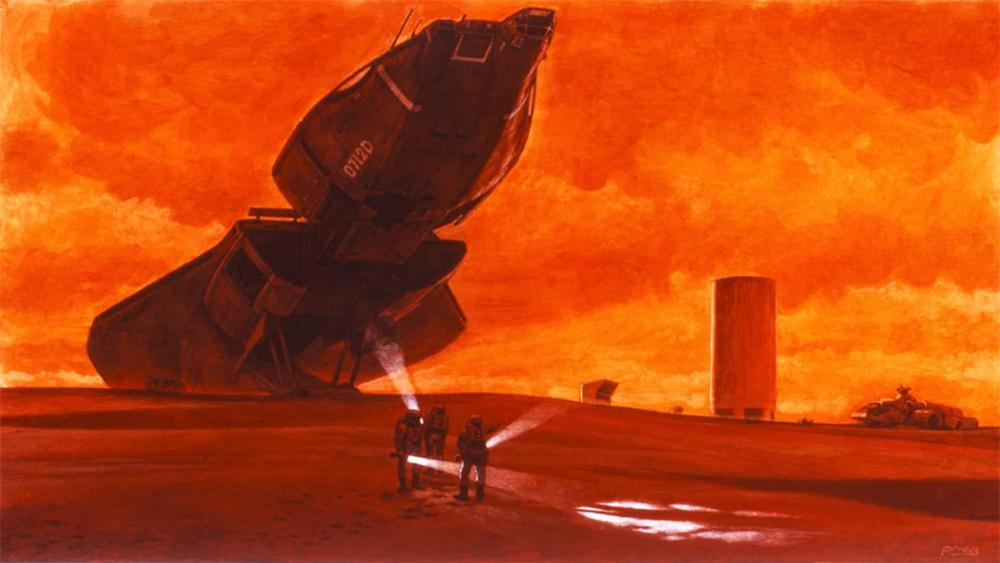 Honorary Member: Ron Cobb. Cobb, who passed away September 21, was an acclaimed cartoonist, artist, writer, film designer and film director, who passed away earlier this month. He was the production designer on Conan the Barbarian, The Last Starfighter and Leviathan and contributed conceptual designs to Star Wars, Alien, Close Encounters of the Third Kind, The Abyss, Total Recall (1990) and Back to the Future. His illustrations have been published in the books RCD-25, Mah Fellow Americans, The Cobb Book, Cobb Again and Colorvision.

Honorary Member: Don Iwerks. Iwerks is a former Disney executive, Disney Legend, co-founder of Iwerks Entertainment and a renowned developer of special venues throughout the world. Iwerks is the recipient of the Gordon E. Sawyer Award, an Oscar from the Academy of Motion Picture Arts and Sciences, which honors “an individual in the motion picture industry whose technological contributions have brought credit to the industry.”

Honorary Member: Greg Jein. Jein is a model designer and artist whose work includes studio models, props and other artwork, including landscape miniatures, that appeared throughout the Star Trek franchise. Jein was twice nominated for an Academy Award for Visual Effects for his work on Close Encounters of the Third Kind and 1941 and is also known for his work on Avatar, Oblivion and Interstellar.

VES Fellow: Warren Franklin. Franklin is a global leader of the animation and visual effects industry. As the founder and former CEO of Rainmaker Entertainment, he helped establish Vancouver as an industry hub. Franklin was a key member of George Lucas’ creative and management team where he served as Group Vice President, managing six divisions, including Industrial Light & Magic, LucasArts and Skywalker Sound. As the VP and General Manager of ILM, the company won nine Academy Awards during his tenure.

VES Fellow: David Johnson. Johnson is the award winning founder, CEO and Creative Director of Undertone FX, Inc., a studio specializing in real time visual effects for video games and VR/AR. Johnson was the Lead Visual Effects Artist at Activision/Blizzard’s Infinity Ward Studio, creator of the Call of Duty Franchise. He is a two-time VES Awards winner, advisory board member for VFX Voice, contributing author to Introduction to Game Development and The VES Handbook of Visual Effects and co-founder of RealTimeVFX.com.

VES Fellow: Janet Muswell Hamilton. Muswell is currently the Global Director of VFX Production for Netflix and an original member of the VES Board of Directors. With a career spanning several decades, she established her reputation as a VFX Producer and/or supervisor for cutting-edge visual effects on a wide range of groundbreaking television series and theatrical features, as well as animation, IMAX, commercials and Stereoscopic Special Venue projects.

VES Fellow: Ken Ralston. Ralston is a VES Lifetime Achievement Award recipient and has earned five BAFTAs and five Academy Awards, including a Special Achievement Oscar for the visual effects in Star Wars: Episode VI – The Return of the Jedi and VFX Oscars for Forrest Gump, Death Becomes Her, Who Framed Roger Rabbit and Cocoon. Ralston served as the Creative Head at Sony Pictures Imageworks, and prior to that, played a pivotal role in advancing Industrial Light & Magic’s renown over the course of 20 years.

VES Fellow: Sebastian Sylwan. Sylwan is the Chief Technology Officer – Film & Episodic TV at Technicolor. A digital media executive with a passion for technology’s ability to arouse emotion, he develops live-action immersive experiences in addition to the cameras, tools and workflows necessary for their realization. Sylwan is the chair of the VES Technology Committee and an active member of the Academy’s Sci-Tech Awards Committee, Previsualization Committee and the Virtual Production Committee.

Irwin Allen (1916 – 1991). Allen was an American film and television producer and director, known for his work in science fiction, then later as the “Master of Disaster” for his work in the disaster film genre. His most successful productions were The Poseidon Adventure and The Towering Inferno. He won an Academy Award for his documentary The Sea Around Us and was creator of Lost in Space, Voyage to the Bottom of the Sea and Time Tunnel.

Mary Blair (1911 – 1978). Blair was an American artist, animator and designer and Disney Legend, prominent in producing art and animation for The Walt Disney Company and drawing concept art for Alice In Wonderland, Peter Pan and Cinderella and character designs for attractions including Disneyland’s It’s a Small World.

Claire Parker (1906 – 1981). Parker was an American engineer and animator, and her best-known contribution to the history of cinema is the Pinscreen, a vertically-mounted grid of 240,000 sliding metal rods that are first manually pushed into position to create lit and shaded areas, then filmed frame by frame. It was one of the first devices ever to produce animation by reconfiguring a set of individual picture elements, later called pixels.

Gene Warren, Jr. (1941 – 2019). Warren, Jr., was lauded special effects designer at Fantasy II Film Effects. He received an Academy Award and BAFTA for his work on Terminator 2: Judgment Day and an Emmy for The Winds of War. He was also known for his work providing spectacular in-camera illusions for Francis Ford Coppola’s Dracula, and shared a VES Award nomination with his son, Gene Warren III, for miniature work on the action thriller The Expendables.

Gene Warren, Sr. (1916 – 1997). Warren Sr., was an award-winning special-effects director. He started his career as an animator and puppeteer, and his work was seen in dozens of films from the 1950s-70s including Tom Thumb, The Seven Faces of Dr. Lao, Spartacus, The Andromeda Strain and The Time Machine, which won him the Academy Award for Special Effects.