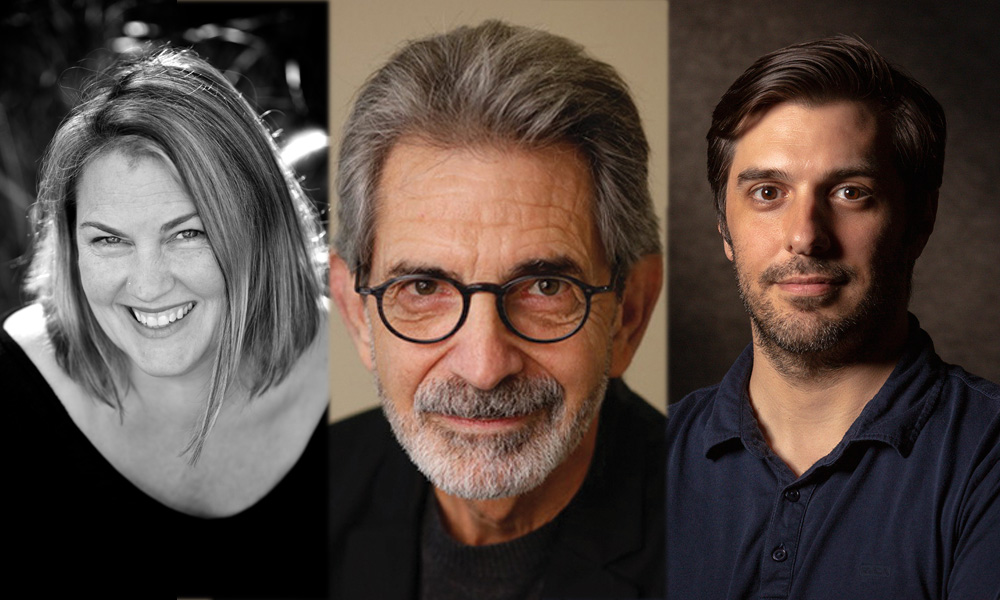 The Visual Effects Society (VES), the industry’s global professional honorary society, announced the 2019 inductees into the VES Hall of Fame, the newest Lifetime and Honorary members and this year’s recipient of the VES Founders Award. The names of this year’s VES Fellows will be announced later. The honorees and Hall of Fame inductees will be recognized at a special reception in October.

Founders Award Recipient: Susan Thurmond O’Neal, for her sustained contributions to the art, science or business of visual effects and meritorious service to the Society. O’Neal joined the VES in the late 1990s and has served as a member of its global Board of Directors and the Executive Committee. For many years, she served as the Chair for the global Education Committee and currently Chairs the Membership Committee – and she has been instrumental in the work to grow the Society by leading the bi-annual membership review and approval process.

O’Neal is currently a recruiter for BLT Recruiting, Inc and has worked as an Operations Manager at The Mill, Operations Director at Escape Studios in Los Angeles and as an Account Manager at Side Effects Software, Inc. She started her career in visual effects at Digital Domain in 1993, where she worked in finance and operations before turning to production. O’Neal’s credits include T2: 3D – Battle Across Time, Titanic, The Italian Job, West Wing, Deuce Bigalow 2: European Gigolo as well as a host of music videos, commercials and other works.

Lifetime Member: Michael Fink, VES, for meritorious service to the Society and the global industry. Fink began working in film on The China Syndrome. He was hooked, and worked on films such as Star Trek – The Motion Picture and Blade Runner before becoming a Visual Effects Supervisor on War Games (BAFTA Nomination). He has since worked on The Adventures of Buckaroo Banzai, Batman Returns (Academy Award and BAFTA nominations), Braveheart, Mars Attacks!, X-Men, X-Men 2, The Golden Compass (VES Award nomination, BAFTA and Academy Award winner), Avatar, TRON: Legacy, Tree of Life and Life of Pi.

Fink directed the first Coca-Cola Polar Bear spot in 1993, which was one of the earliest widely-seen examples of 3D fur on a CG creature. Fink is a founding member of the Visual Effects Society and a former VES Board Member. He is a member of the Visual Effects Branch of the Academy of Motion Picture Arts and Sciences, and has served on its Executive Committee. He is currently a Professor at the School of Cinematic Arts at the University of Southern California and Chair of the Division of Film and Television Production. He holds the Georges Méliès Endowed Chair in Visual Effects at the USC School of Cinematic Arts.

Honorary Member: Mike Brodersen, for his exemplary contributions to the entertainment industry and for furthering the interests and values of visual effects practitioners. Brodersen is one of the owners of FotoKem, currently serving as its Chief Strategy Officer. Thanks to Brodersen, FotoKem has been a valuable longtime partner with the VES, including serving as the Los Angeles site for the VES Awards nominations events for many years.

In his 25-year tenure at the company, Brodersen has helped incubate services including film scanning and recording, digital intermediate, digital restoration, software development and file-based dailies. Established in 1963 and one of the last remaining full service film laboratories in the world, FotoKem provides color grading, digital imaging, VFX, graphics, audio, and a variety of other post-production services from dailies through finishing. In recent years, the company has been able to provide post-production, imaging and VFX support services on titles like Once Upon a Time in Hollywood, Aquaman, Star Wars: The Last Jedi, Dunkirk, Vice, Green Book, Kong: Skull Island, Better Call Saul and Homeland.

Walt Disney (1901-1966) – Walter Elias Disney was an American entrepreneur, animator, voice actor, TV and film producer. A pioneer of the American animation industry, he introduced a score of innovations in the field of animation. As a film producer, Disney holds the record for most Academy Awards earned by an individual, having won 26 Oscars. His creative vision gave rise to the groundbreaking theme park Disneyland and Disney Brothers Cartoon Studios, the origin of Walt Disney Animation Studios.

Stanley Kubrick (1928 – 1999) – Stanley Kubrick was an American film director, screenwriter, and producer. He is frequently cited as one of the greatest and most influential filmmakers in cinematic history. His filmography includes Spartacus, Lolita, Dr. Strangelove, 2001: A Space Odyssey (Academy Award winner for Best Special Visual Effects), A Clockwork Orange and The Shining. All of Stanley Kubrick’s films from Paths of Glory until the end of his career, except for The Shining, were nominated for Academy Awards or Golden Globe Awards.

Stan Lee (1922 – 2018) – Stan Lee was an American comic book writer, editor, publisher and producer. He became Marvel Comics’ primary creative leader for two decades, leading its expansion from a small division of a publishing house to a multimedia corporation that dominated the comics industry. In collaboration with others at Marvel, he co-created numerous popular fictional characters, including superheroes Spider-Man, The X-Men, Iron Man, Thor, The Hulk, The Fantastic Four, Black Panther, Daredevil, Doctor Strange, Scarlet Witch and Ant-Man. Lee was an inductee into the comic book industry’s Will Eisner Award Hall of Fame and a recipient of NEA’s National Medal of Arts, as well as the VES Lifetime Achievement Award.

Learn more about the VES at www.visualeffectssociety.com.