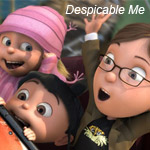 Get ready to experience life as yellow Minions. Variety reports that Universal Studios will offer a ride based on Despicable Me at its Orlando theme park in 2012. The park will also Islands of Adventure’s The Amazing Adventure of Spider-Man attraction with new 3D technology.

The Despicable Me ride will replace the current Jimmy Neutron attraction, and turn the audience into the film’s yellow Minions as they journey with the villainous Gru through his house and lab. This will be Illumination Entertainment’s first theme park ride.

It’s been an incredibly exciting creative challenge to turn the movie into an attraction, according to Illumination topper Chris Meledandri. “On top of that, it’s absolutely awesome,” he said. “The idea that Despicable Me will be side by side with the greatest collection of theme park rides anywhere in the world is tremendously exciting to us and an honor for us.”

The new version of the Spider-Man ride will jazz up and reanimate the 3D scenes with new footage in 4K high-def, which will make the onscreen action sharper and clearer.

Continue Reading
You may also like...
Related Topics:Chris Meledandri, Despicable Me, Illumination Entertainment, Jimmy Neutron, The Amazing Adventure of Spider-Man