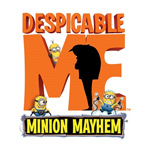 The Minions are coming to Universal Studios Hollywood.

The hordes of tiny little helpers from the Despicable Me franchise will be featured in a new 3D Ultra-HD adventure ride called Despicable Me: Minion Mayhem, opening at the park this spring.

The Minions, who are getting their own feature due out next year, also will be featured in an interactive play zone called Super Silly Fun Land.

The ride experience will begin in a neighborhood setting recreating Gru’s ominous house and Ms. Hattie’s Home for Girls. Preshow videos and comedic dialogue will set up the ride’s plot: Gru wants to create as many mischievous Minions as possible from human recruits. Guests will then enter Gru’s house, where they will encounter many visual elements from the movie. They will then go on a swerving, bouncing and plunging excursion through a frantic Minion training mission while wearing specially designed 3D “Minion Goggles.” A post-show Minion dance party will culminate the adventure.

Super Silly Fun Land will debut adjacent to the ride. The colorfully themed, interactive Minion-inspired outdoor venue, a literal interpretation of the carnival from the film, will delight younger guests with a multitude of fountains, water play areas and splash pools, as well as dry play zones.

“We’re so excited to introduce a new experience that truly reflects all the heart, humor and emotion audiences have come to love about Despicable Me,” said Chris Meledandri, founder and CEO of Illumination Entertainment. “Fans of the film can now have fun and interact with their favorite Despicable Me characters in a way they haven’t been able to before.” 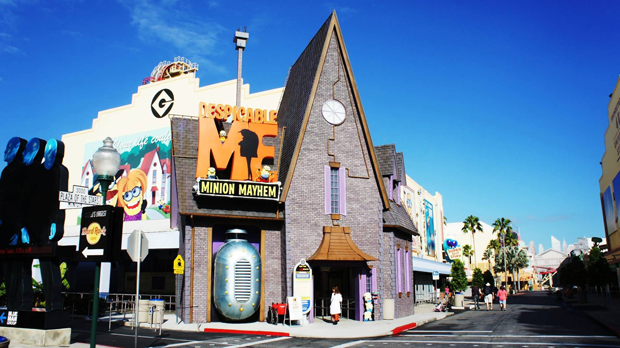