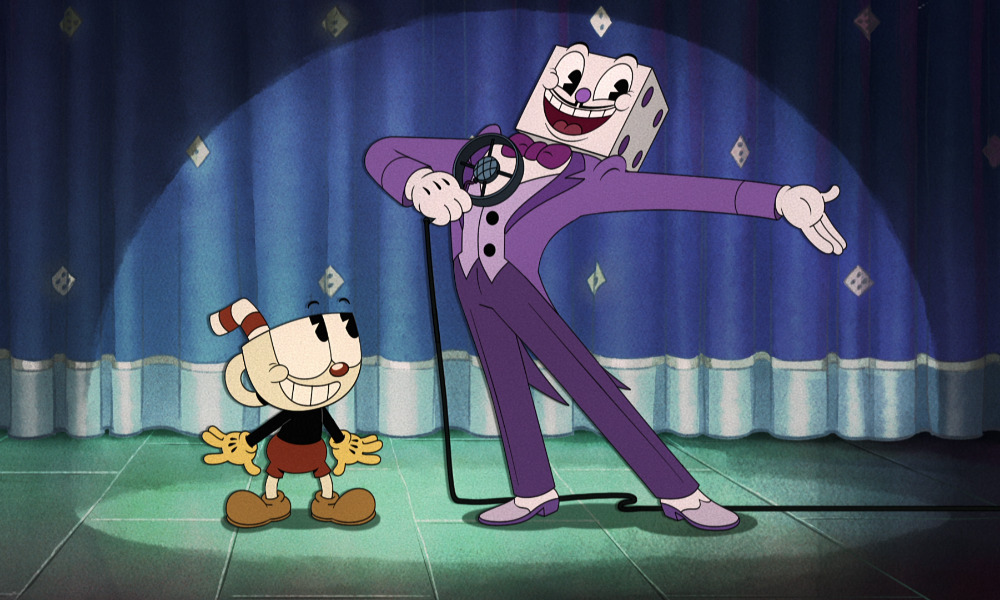 Global gaming phenomenon Cuphead is celebrating a year of massive success, from the debut of the acclaimed series The Cuphead Show! in February, to the June 30 release of the highly-anticipated video game expansion Cuphead: The Delicious Last Course — which has already reached platinum status. Studio MDHR’s eight-time platinum-selling video game continues to be a fan favorite!

Ahead of new episodes dropping later this month, fans can tune in tonight (Friday, August 5) at 5 p.m. ET / 2 p.m. PT for a special, interactive, social gaming experience: The Cuphead Show! Presents: Roll the Dice, executed by the creative agency GLOW (weareglow.com), where viewers around the world will have their Cuphead knowledge tested and be given exclusive access to never before seen content from the second batch drop of The Cuphead Show!.

The engaging and interactive livestream was made available to fans through a ‘flock to unlock’ call to action on the show’s social channels, where the character, Stickler, implored fans to help him restore The Devil’s records in order to return the “Roll the Dice” game show to the air. During this evening’s livestream, fans can crowdsource answers in their respective chats to drive outcomes in the game through challenges like ‘Name That Tune’, rounds of Trivia and ‘Roll the Dice.’ Players will then be sent to a mystery prize room where exclusive prizes await!

Take a chance and roll them virtual bones but joining the fun on Twitter, Twitch or YouTube!

Since The Cuphead Show! debuted in February, the animated adaptation of the award-winning video game has received high praise for its stunning designs and classic animation art style. The Cuphead Show! is executive produced by Dave Wasson, Chad Moldenhauer, Jared Moldenhauer and CJ Kettler, with Cosmo Segurson serving as co-executive producer and music by Ego Plum. Cuphead, Mugman and the Inkwell Isles crew will be returning to Netflix with new episodes and more misadventures on August 19.

The original Cuphead video game is celebrated by fans around the world for its arcade-action gameplay, highly original art design and award-winning soundtrack, featuring almost three hours of original jazz, early big band and ragtime music. A true cultural phenomenon, the game has sold millions of units worldwide and won over 20 major awards.

GKIDS Trailers Masaaki Yuasa Catalog, Adds ‘Inu-Oh’ Engagements
‘The House of the Lost on the Cape’ Sets US Premiere with AX Cinema Nights