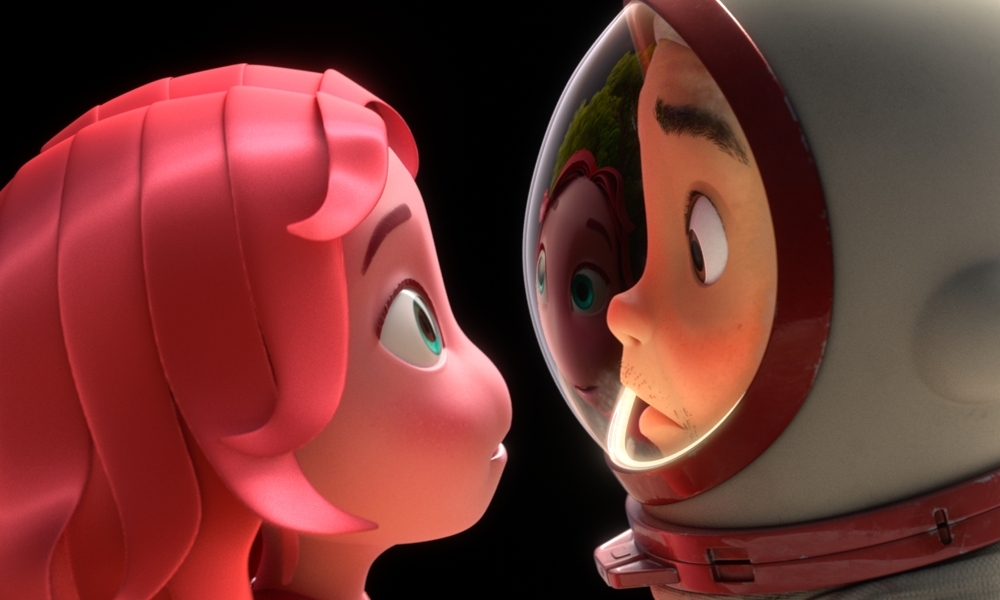 The Tribeca Film Festival has unveiled its 2021 shorts lineup, featuring 46 films from 20 countries screening alongside live performances by Blondie and Third Eye Blind’s Stephen Jenkins, plus curated Juneteenth programming. Running June 9-20, this year’s program will present short films that broaden perspectives and spark conversations, while highlighting the tenacity and creativity of storytellers from around the world.

“As we curated these in-person programs, we thought a great deal about the challenges of the past year and what our audience has been missing; travel, music, dance, and fun,” said Sharon Badal, Vice President of Filmmaker Relations and Shorts Programming. “Our programs are lighter, brighter and inspiring. They introduce unique new voices to our audience.” 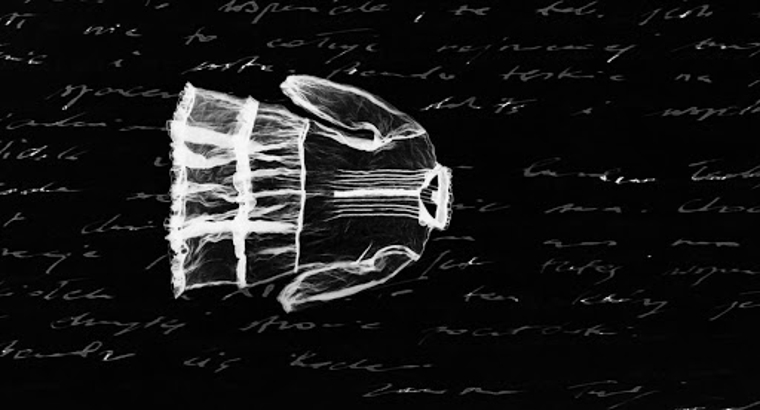 Some highlights of the 2021 animation program curated by Whoopi Goldberg will be the world premiere of several intriguing new projects: Polish student film Ashes; Blush, the first short from the partnership of Apple Original Films and Skydance Animation; Dirty Little Secret, the song-story of the Tulsa Massacre; Death and the Lady by Geoff Bailey and Lucy Struever; and pandemic tale There Are Bunnies on Fire in the Forest. The full presentation of “imaginative storytelling and captivating craft” includes:

Navozande, the musician (Navozande, le musicien), directed and written by Reza Riahi. Produced by Eleanor Coleman, Stéphanie Carreras, Philippe Pujo. (France) – New York Premiere. At the time of the attack of the Mongols, a young musician and the love of his life are separated from each other. In French with English subtitles. 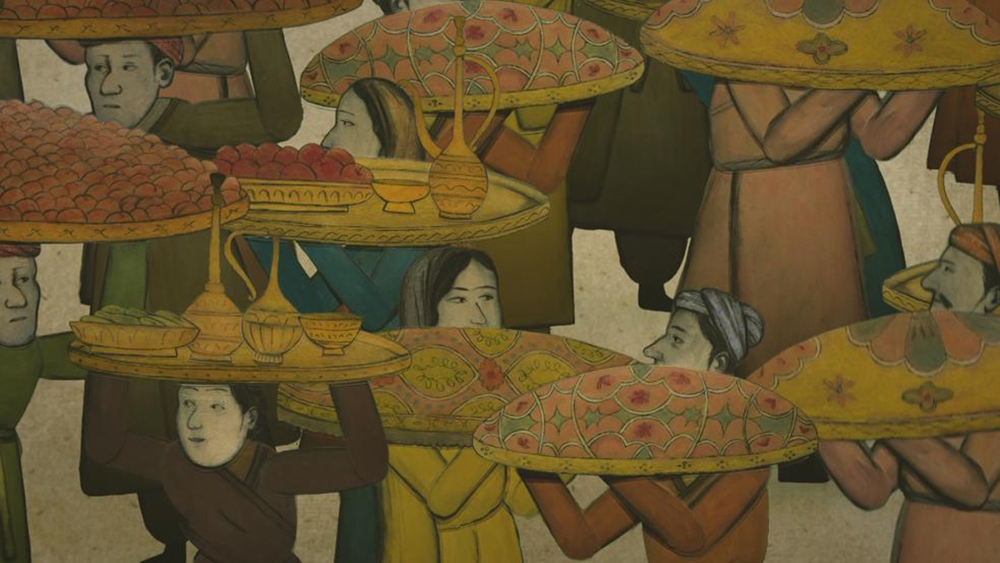 Ashes (Popioły), directed and written by Joanna Dudek. Produced by Agata Golańska (The Polish National Film School in Lodz, Poland) – World Premiere. Letters from her husband are bringing Danuta (voiced by Helena Norowicz) back to the feelings she once had for him, and she finds herself reliving her youth. In Polish with English subtitles.

Death and the Lady, directed, written and produced by Geoff Bailey, Lucy Struever. (United States) – World Premiere. On a dark and stormy night, Death pays a visit to a very old lady and her dog. In French with English subtitles. 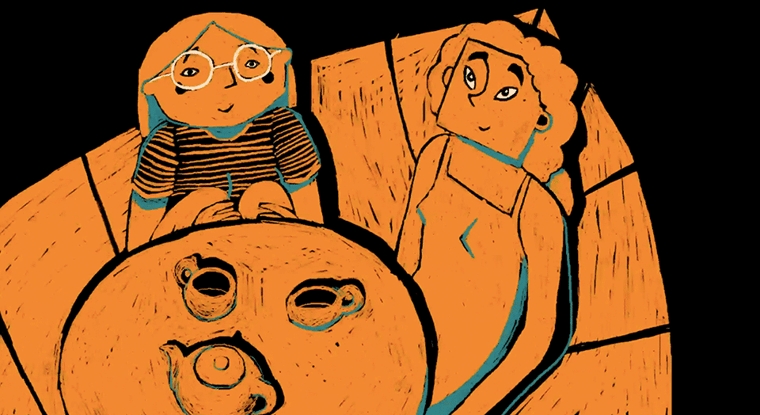 Leaf Boat (Cwch Deilen), directed and written by Efa Blosse-Mason. Produced by Amy Morris. (Wales) – New York Premiere. Love can be scary, but it can also be life’s greatest adventure. With 2D animation, Leaf Boat explores what it’s like to let go and fall in love. With Sara Gregory, Catrin Stewart. In Welsh with English subtitles.

There Are Bunnies on Fire in the Forest, directed and written by JLee MacKenzie. Produced by Mireia Vilanova. (United States) – World Premiere. A young girl (Revyn Lowe) gets in big trouble for kissing her friend (C. Craig Patterson) on the cheek at school during the COVID-19 pandemic.

Blush, directed and written by Joe Mateo. Produced by Heather Schmidt Feng Yanu. (United States) – World Premiere. Blush follows an astronaut’s journey after he crashes on a desolate planet. When a visitor arrives, the traveler discovers a new life and realizes the universe has delivered astonishing salvation. 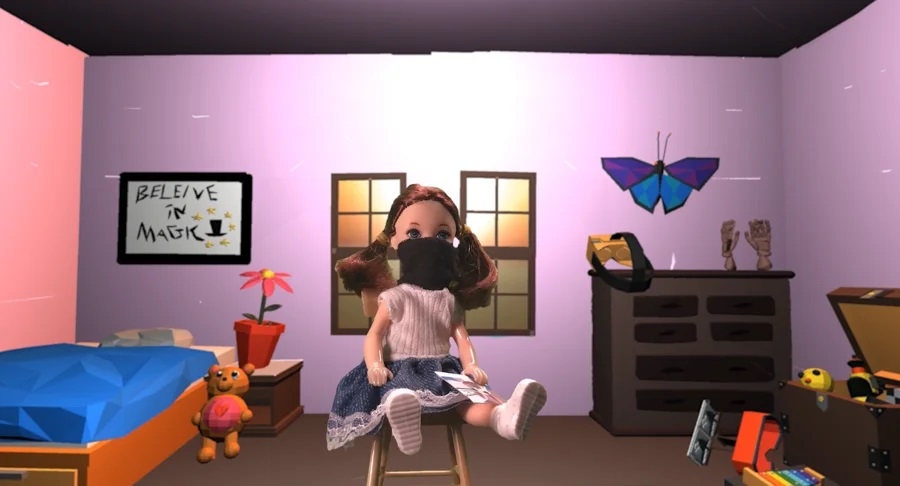 There Are Bunnies on Fire in the Forest

Outside the dedicated animation track, Procter & Gamble once again comes together with Tribeca Studios and its partners to give a platform to Black creators in “Widen the Screen.” This year, the festival will debut eight original films from Black creatives and filmmakers, including four documentaries from the Queen Collective (returning for the third year) and four 8:46 Films, a program that is new to the festival for 2021.

One of the 8:46 Films, named for the length of time it took for George Floyd to lose his life and aiming to reclaim the story to build a legacy of hope, is She Dreams at Sunrise by U.S. filmmaker Camrus Johnson (Grab My Hand: A Letter to My Dad). Making its World Premiere, the heartwarming animated film is centered on a 70-year-old woman with meningitis who lives between her dream world and reality, while her great nephew and caretaker helps mend the past. The film is produced by Moon Jelly Pictures and Double Plus Productions.