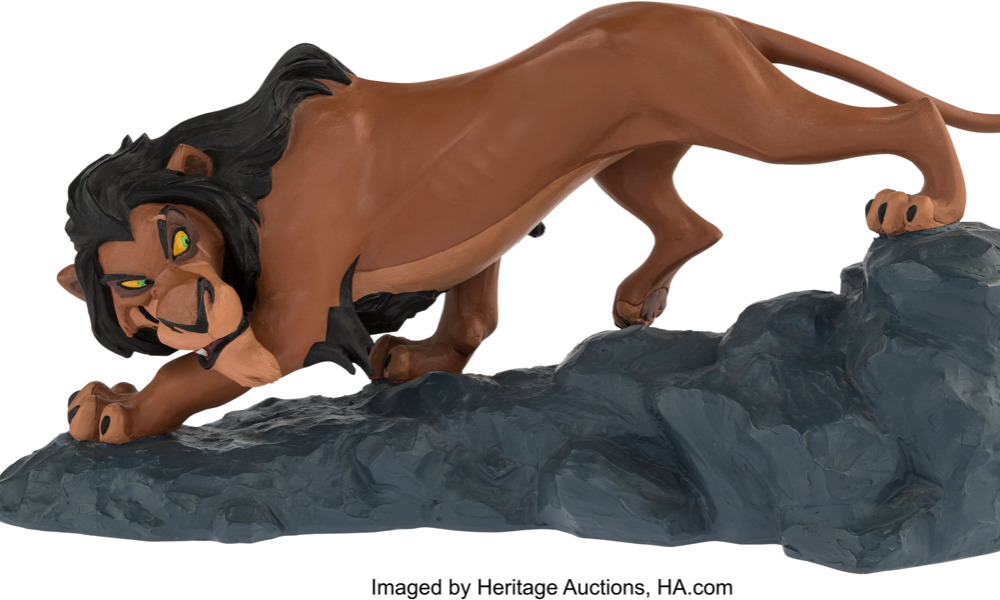 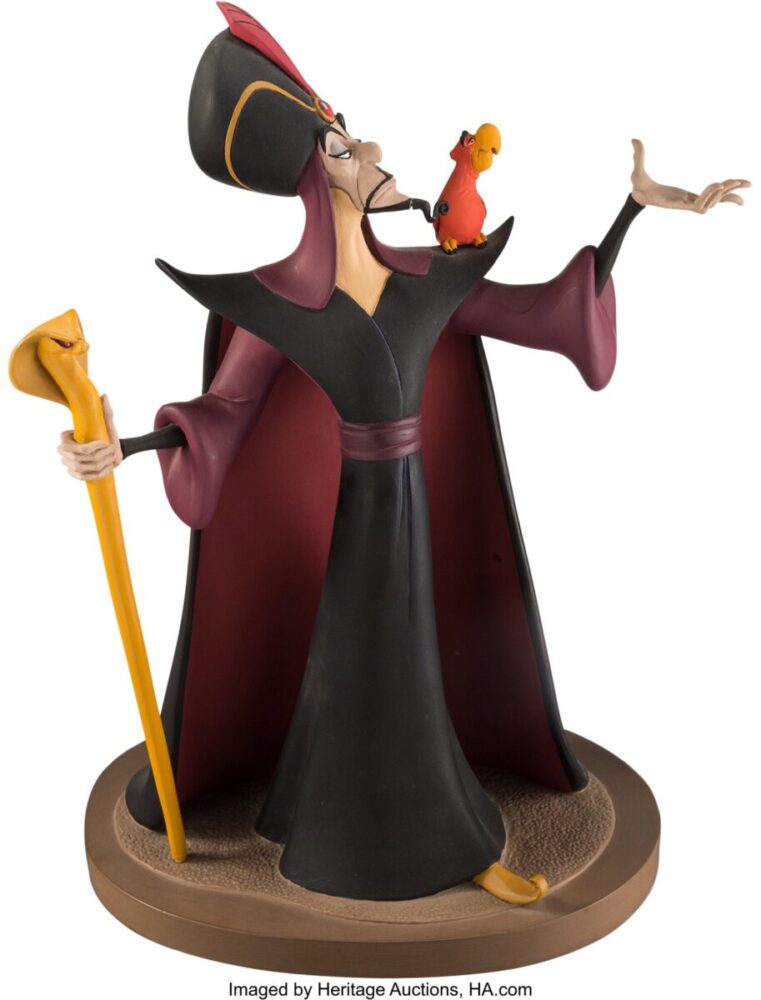 Animation lovers and the Disneyana obsessed can experience the studio’s artistry in full 3D at Heritage Auctions’ upcoming Animation Art Signature sale (February 4-7). From Donald Duck to Buzz Lightyear, the largest collection of rare, vintage Disney character model maquettes ever brought to market is one of the spotlight stealing sections of the catalog, packed with familiar faces.

The maquettes are sculpted models that allow animators to view a character from all angles. These rare works of art never were meant to be anything more than three-dimensional tools used by the Disney animation department, each stamped “Return to Character Model Dept.” Predicted to be cast aside after the completion of each film, maquettes instead became coveted pieces of filmmaking art. Animators sometimes took them home or received them as gifts after films that enjoyed significant success — or, Walt Disney himself sometimes gave some to important guests and friends.

In their 1981 book Disney Animation: The Illusion of Life, longtime animators Frank Thomas and Ollie Johnston, who worked for Disney from the 1930s to the 1970s, also noted how highly coveted the maquettes were back then. Some “became permanent decorations in the offices of top personnel,” they wrote. “The rest had a way of disappearing, especially as we neared the end of a picture.”

These figures are not just key parts of the filmmaking process; they are also each a work of art in its own right, often sculpted by one or more of the studio’s gifted artists.

“The Disney Character Model Department was established in 1937, and it added a third dimension to the process of traditional animation,” Heritage Auctions Animation Art Cataloger Christin Muller said. “The department only lasted until 1941, when financial constraints of World War II forced it to shut down, making maquettes some of the rarest studio artifacts in the Disney animation process. Some of those offered in this sale were restored by legendary studio maquette painter Helen Nerbovig McIntosh, who was the lead of the maquette painting team in the Disney Ink and Paint Department, as well as head of Disney’s Courvoisier Art program. Their history makes their importance and significance difficult to overstate.”

Once a simple reference tool, maquettes now are a must-have among serious Disney collectors. A trove of 53 are featured in the next Animation Art Signature event. This selection spans more than 80 years of treasured Disney characters, and includes some of the rarest artifacts of the studio’s animation process. 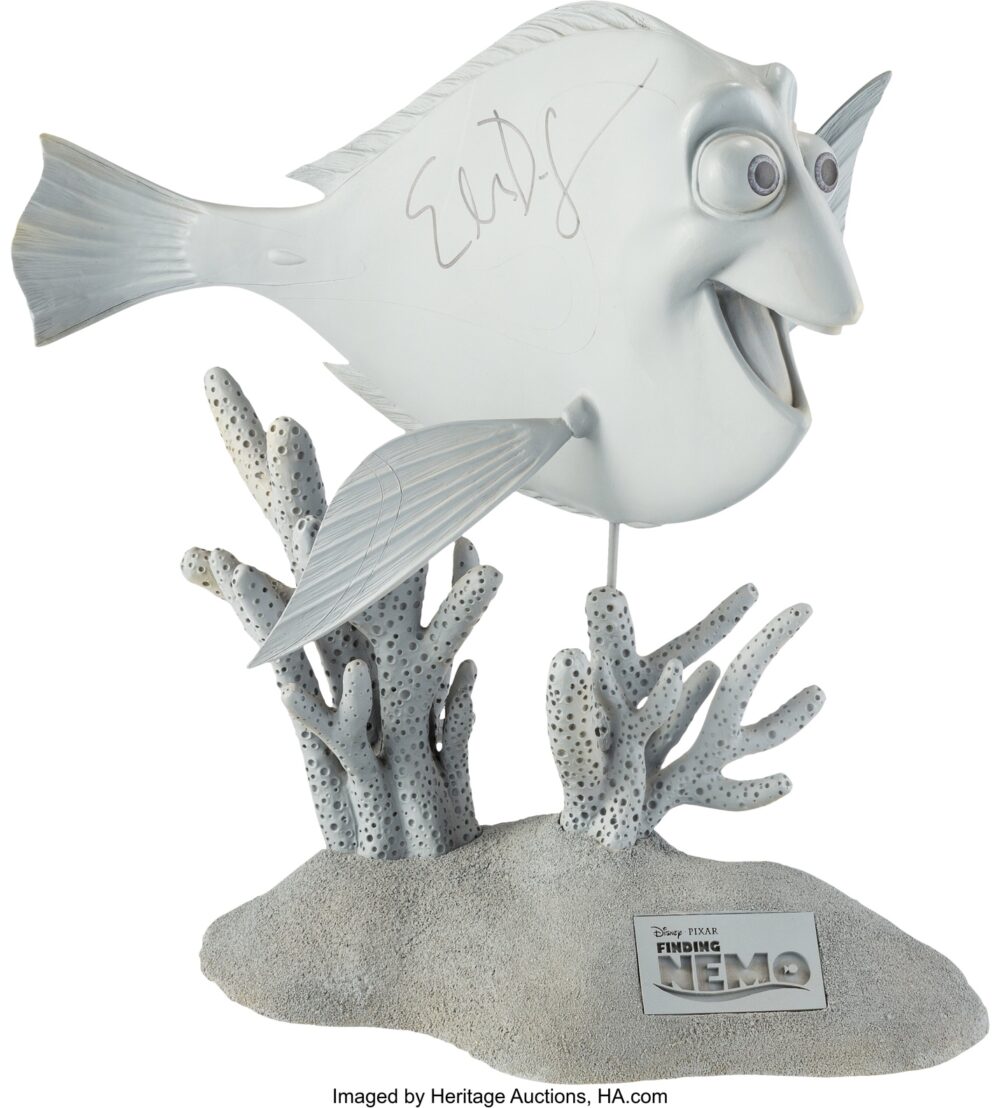 More recent prizes in the selection include but are not limited to Beauty and the Beast’s Lumière and Gaston, Aladdin’s Jafar with Iago, The Lion King’s Ed the Hyena and Finding Nemo’s Dory, signed by Ellen DeGeneres who lent her voice to the character.

“With traditional films, fans can collect costumes or props,” Heritage Auctions Vice President and Animation & Anime Art Director Jim Lentz said. “That is not possible, of course, with animated films. But Disney films are beloved in part because of how realistically the characters are drawn, which would have been impossible without maquettes like these. This is a rare opportunity to acquire an important piece of the process of creating some of the most popular films ever made.”