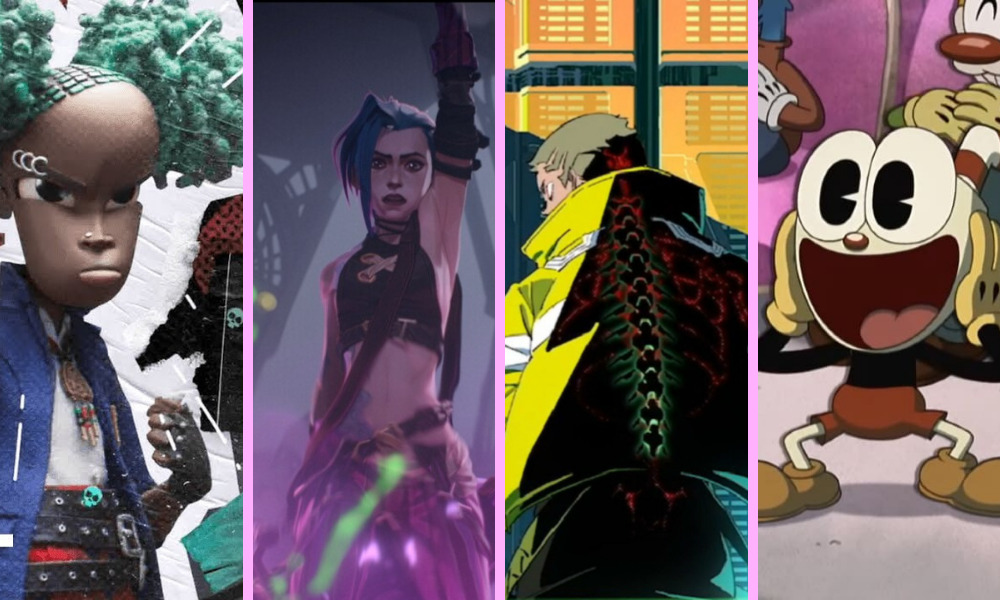 Fans will get an inside look at animated projects like Wendell & Wild, Arcane, Cyberpunk: Edgerunners and The Cuphead Show!

Get ready to get your geek on: Netflix Geeked, the streamer’s home for all things genre entertainment, is gearing up for its second annual Geeked Week. The 2022 edition will once again be a celebration of all the sci-fi, horror, video game-inspired stories and more across its live-action, animation and anime series and films.

The free five-day virtual event will be held June 6-10 across all major platforms, including YouTube, Twitter, TikTok and Facebook. The Geeked Week feed will also be open for co-streaming via Twitch so that  fans and fellow Geeks can get in on the action.

Among the projects being highlighted in the Animation focus include:

More animated excitement awaits in the Games lineup, with spotlights on The Cuphead Show!, Sonic Prime, Dota: Dragon’s Blood and Tekken: Bloodline as well as looks at 10+ Netflix Games.

Fans can expect cast and creatives from some of their favorite and most eagerly awaited titles to drop by (TBA), and a crack squad of engaging hosts will be doling out the announcements and big reveals, including including Jacob Bertrand, Megan Cruz (a.k.a. jstoobs), Jaeden Martell, Reece Feldman (guywithamoviecamera), Juju Green (Straw_Hat_Goofy). Ella Purnell, Tiffany Smith, Felicia Day, B Dave Walters, Geoff Keighley and Mari Takahashi.

Those who can’t tune into the live vcyirtual events can catch up via Netflix Newsroom and rewatch the day’s programming on YouTube, Facebook and Twitter. Netflix’s companion site, Tudum.com, will also be sharing bonus content from each day’s highlights. 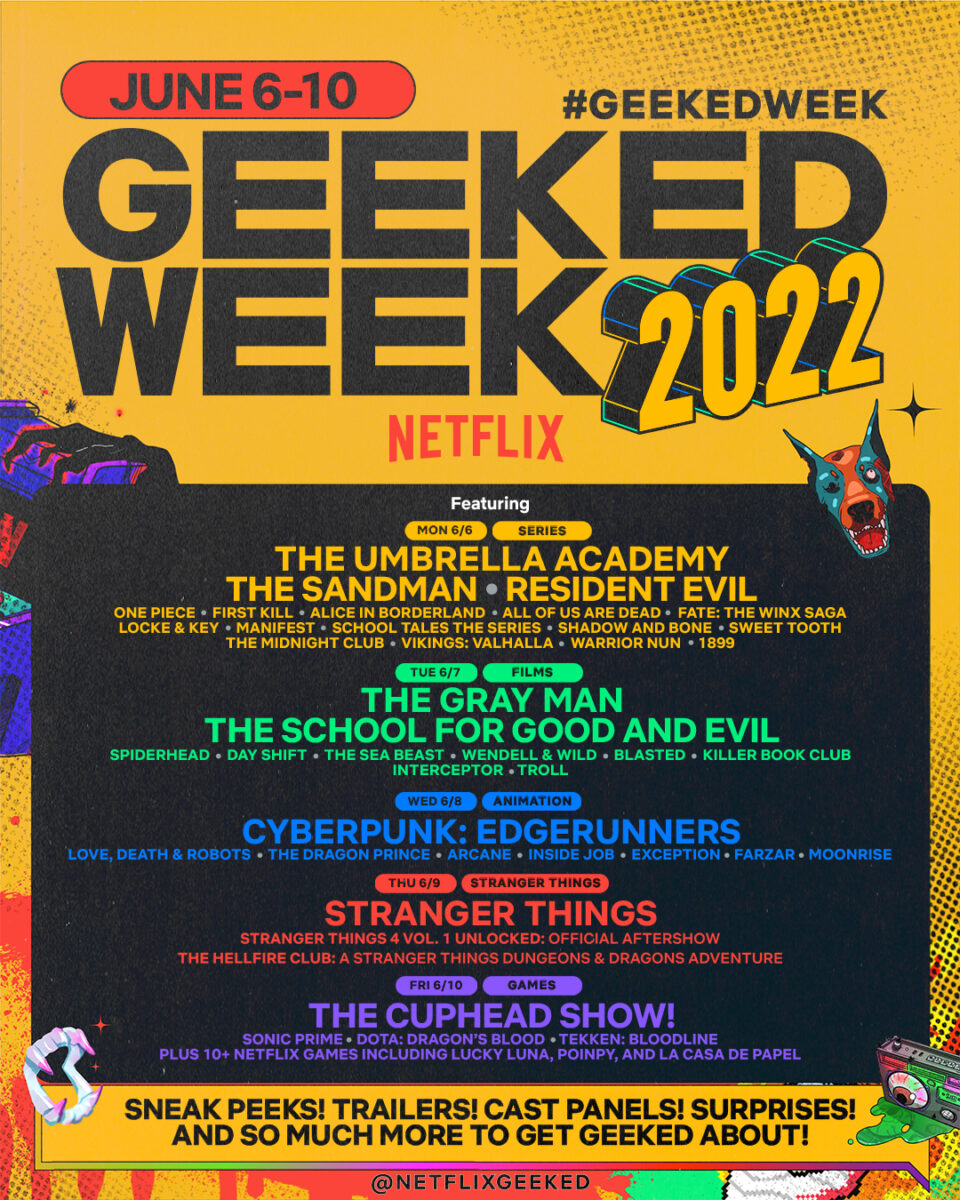