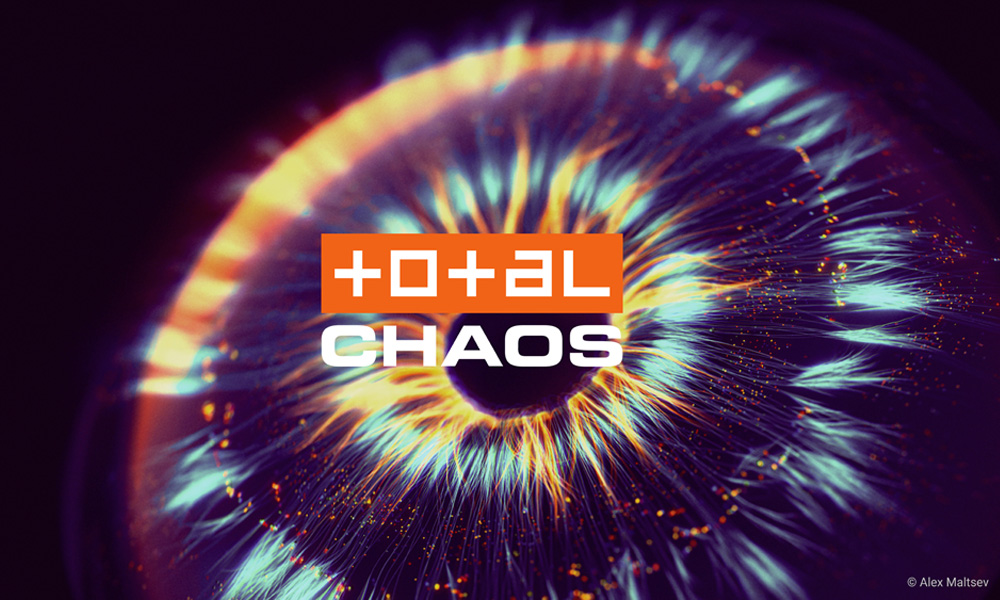 Emerging 3D visualization conference Total Chaos is returning to Sofia, Bulgaria May 16-18 with an expanded lineup. More than 60 speakers will offer attendees a snapshot of the current state of computer graphics in all its myriad industry applications, complemented by masterclasses. The event is presented by CG tech leader Chaos Group (chaosgroup.com).

Now in its second year, Total Chaos provides a shared space for 3D artists and developers to connect and grow, as they explore how topics like AI, real-time ray tracing, light fields and collaborative VR will continue to change professional workflows. Using the three tracks (Art, Craft, Code), attendees can build schedules based on their interests or industry, as they take in the cutting edge of visualization design.

The conference begins with a full day of masterclasses on May 16. Delivered by top 3D professionals, the classes will provide in-depth training on topics like parametric design for architecture, product and automotive design, visual effects for large-scale production pipelines and cinematic approaches to architectural visualization.

The blockbuster visual effects behind Captain Marvel, Avengers: Infinity War and more will be discussed by a who’s who of VFX studios including Industrial Light & Magic, Ingenuity Studios and Digital Domain. Attendees can also get one of the first behind-the-scenes looks at Hellboy, whose opening shots and various creature designs were brought to life by local Bulgarian studios Nu Boyana FX and Worldwide FX.

Method Studios has been taking the film-centric work of digital doubles into advertising. Method Studios’ CG Supervisor Lee Carlton will share how his team worked around the inherent difficulties of 3D scanning and capturing a toddler on set, achieving a new milestone in the creation of digital humans with one of the youngest real-world references to date. Ioanna Ivanova, a rising talent at London’s INK, will also chart her journey into creating advertising content for high-profile automotive clients like Audi, Honda and Aston Martin.

Blur Studio is set to discuss their world-famous game cinematics, as well as their hit Netflix series Love, Death & Robots, a stunning NSFW animation anthology. Ubisoft’s open world techniques will also be examined, as they explain how they built more credibility into the environments of Assassin’s Creed Origins and its mythological DLC, The Curse of the Pharaohs.

For architecture fans, Total Chaos will be a deep dive into the complementary worlds of design and visualization. World-renowned architecture firms like Zaha Hadid Architects, Foster + Partners, KPF, Kengo Kuma & Associates, WeWork, Woods Bagot and Gensler will be on hand to share their approaches to 3D visualization and its importance throughout the design process. While visualization houses like Beauty and The Bit, Factory Fifteen and Slashcube will explain why V-Ray and Corona are the engines behind their work.

The ultra-secretive world of car design will be revealed with multiple presentations from Volvo and Porsche, including how GPU rendering and VRscans are not only informing the process, but helping companies create photorealistic graphics for the LA Motor Show.

In the product design track, Jan Kokol, Design Consultant for the world’s biggest crystal producer Swarovski, will reveal his approach to overcoming the complex challenges of jewelry design, using a custom workflow that combines Rhino, Grasshopper, V-Ray Next, VRscans and Ennoble, a crystal and gemstone design plugin he co-developed at Swarovski. OTTO, one of Europe’s largest e-commerce companies, will also discuss how they are changing their hugely successful home and living department with a fully digital approach and CGI.

From Paul Debevec, Senior Scientist at Google VR, to Stephen Parker, CTO of Professional Graphics at NVIDIA, Total Chaos technology talks will contain some of the top researchers and computer graphics luminaries in the world. Startups like Visual Vocal and Promethean AI will also offer their own exciting takes on the future, showing how new tech and Chaos Group products are helping artists and companies shape the worlds of tomorrow.