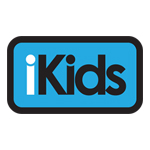 Top executives from Lego, Cartoon Network, Toca Boca and Nickelodeon have been announced as speakers at the iKids 2014 children’s digital media event.

The third annual event, held in conjunction with Kidscreen Summit, is set for Feb. 13 at the Westin New York Times Square Hotel.

Lego Group Director of Entertainment Development Keith Malone, who will share insights on how to successfully launch and manage a multiplatform brand that’s driven by digital first in a panel session called “Mixing it Up.” He will be joined by Cartoon Network Digital VP Chris Waldron and several others in what is expected to be a lively discussion and exploration of the newest IP-building model gaining momentum in children’s media circles.

Toca Boca’s Creative Director of Stories and Consumer Products Jens Peter de Pedro will outline and support his belief that designing and organizing freedom into interactive media is the missing link when it comes to creating the next big digital hit with kids, in “The Secret Ingredient is Freedom.” De Pedro also will join six other digital media pros to talk through the 20 things they’re most excited about currently, and what is all means for our industry, in “Hot Right Now.” His fellow speakers on this iKids 2014 closing panel will include Peabody-winning broadcaster Majora Carter, who’s on a mission this year to bring the tech economy into under-performing communities in the United States.

Taking us behind the scenes on the Nick App, Nickelodeon’s biggest digital product of 2013, SVP of Consumer Insights Jane Gould and Senior Director of Digital Research Katie Bessiere offer an in-depth look at the role children’s input played in designing and building this ground-breaking app and the features that are driving its audience engagement.

iKids passes are available for $695, with full information on attending the event online at ikidsevent.kidscreen.com/2014/register.