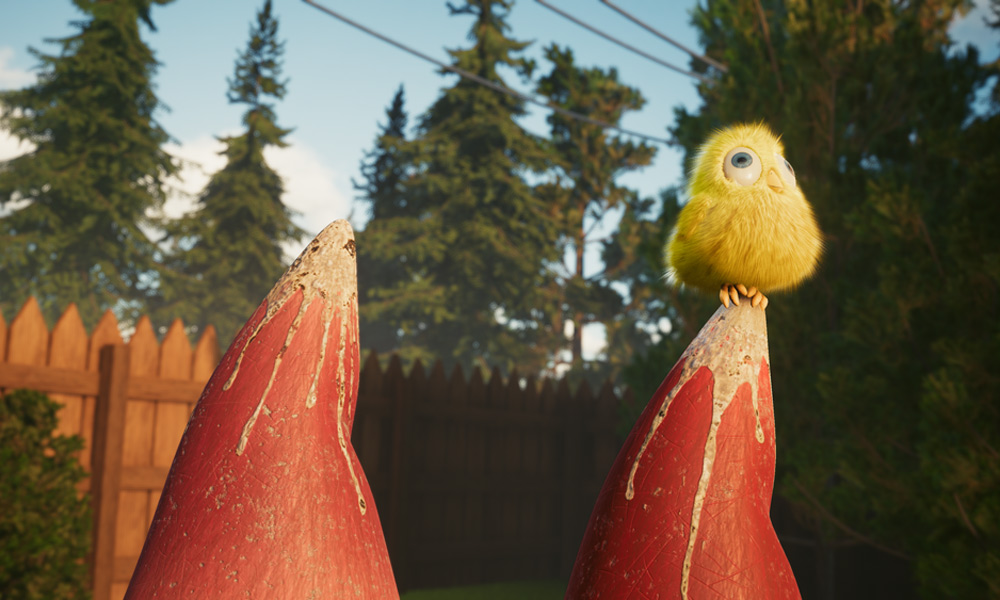 Centered around the theme of “Thrive,” the 46th edition of SIGGRAPH is right around the corner, featuring the latest innovations in computer graphics and interactive techniques. Running alongside the Conference July 30-August 1, the Exhibition provides a comprehensive view of the newest hardware systems, software tools and creative services from hundreds of companies ranging from established leaders to emerging innovators. Attendees can explore the latest technologies that are changing the workplace for CG and VFX professionals, bringing their questions directly to developers and watching demonstrations of the latest workflows by industry-leading talents.

From Adobe through Vicon, Animation Magazine has rounded up details on what attendees can expect from developers at SIGGRAPH 2019. Here are 11 of the hottest technologies in the spotlight at this year’s show:

While Adobe has been mostly silent about what it would be unveiling on the show floor, including any advancements in its flagship Creative Cloud suite, the company did offer a sneak peek at a new project from Adobe Research aimed at bridging the “style gap” between 2D and 3D animation.

“Stylizing Video by Example” will be presented on Thursday, August 1 as one of four Technical Papers showcasing the most recent advancements in video. The paper details the development of an automatic video stylization method that can transfer custom visual styles from a few keyframes to an entire sequence while maintaining the fidelity of the original hand-drawn look:

“Our method gets as input one or more keyframes that the artist chooses to stylize with standard painting tools. It then automatically propagates the stylization to the rest of the sequence. To facilitate this while preserving visual quality, we developed a new type of guidance for state-of-art patch-based synthesis, that can be applied to any type of video content and does not require any additional information besides the video itself and a user-specified mask of the region to be stylized.”

Autodesk will showcase the latest features and upgrades for its media and entertainment tools at SIGGRAPH 2019, with improvements targeted at connecting creative workflows, streamlining production and helping teams achieve their artistic visions and bring more engaging content to audiences worldwide.

Stay tuned for news at SIGGRAPH about Bifrost procedural framework, AI-enhanced workflows, artist-friendly pipeline tools and much more. New features will extend creative options for VFX and animation development, and introduce more artist-friendly approaches to visual effects and animation content creation. Autodesk will demonstrate exciting new updates to Maya, Shotgun Software, Arnold and Flame, along with the latest version of 3ds Max from the show floor and during sessions at the SIGGRAPH Vision Series and Shotgun Day, featuring industry-leading technology previews and a full slate of programming spanning visual effects, animation and beyond. 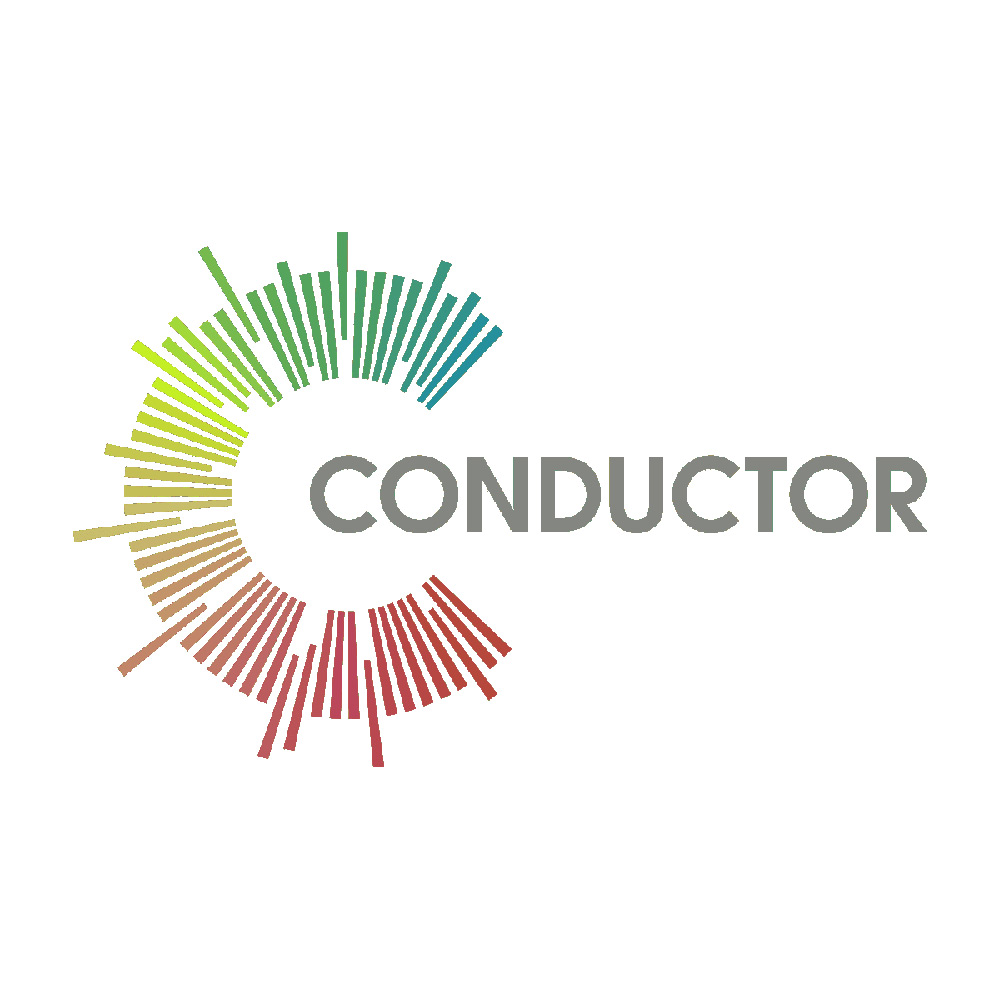 At SIGGRAPH 2019, Conductor will showcase its latest advancements in cloud rendering for VFX and animation, including a new partnership with Amazon Web Services (AWS), that will be announced ahead of the show. Conductor will support AWS Elastic Compute Cloud (EC2), bringing the virtual compute resources of AWS to Conductor customers. The integration will provide content production studios with new secure, powerful resources to quickly and economically scale render capacity.

AWS EC2 instances, including cost-effective Spot Instances, are expected to be available via Conductor in Summer 2019. Simple to deploy and highly scalable, Conductor is equally effective as an off-the-shelf solution or customized to a studio’s needs through its flexible API. Conductor’s intuitive UI and accessible analytics provide a wealth of insightful data for keeping studio budgets on track. 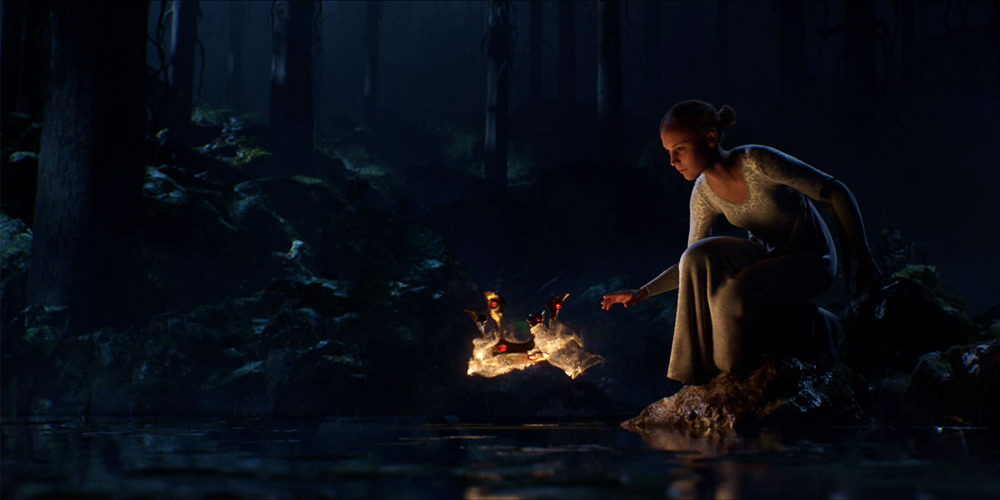 Many of the world’s top VFX artists are using Unreal Engine in groundbreaking productions, and at SIGGRAPH creatives from Digital Domain, Stargate, Disney Imagineering, ILMxLAB, The Third Floor, Framestore and more will be presenting their use of Unreal in the making of projects ranging from Vader Immortal: A Star Wars VR Series to Game of Thrones to the design of Disneyland’s new theme park attraction, Millenium Falcon: Smugglers Run, and the list goes on. Epic will be hosting an open-to-the-public Unreal Engine SIGGRAPH 2019 User Group Meeting on Monday, July 29 from 4-6 p.m. at the Orpheum Theatre in Los Angeles. Many of these customer projects will be highlighted via presentations in Epic’s Unreal Engine booth and at Tech Talks open to SIGGRAPH attendees. 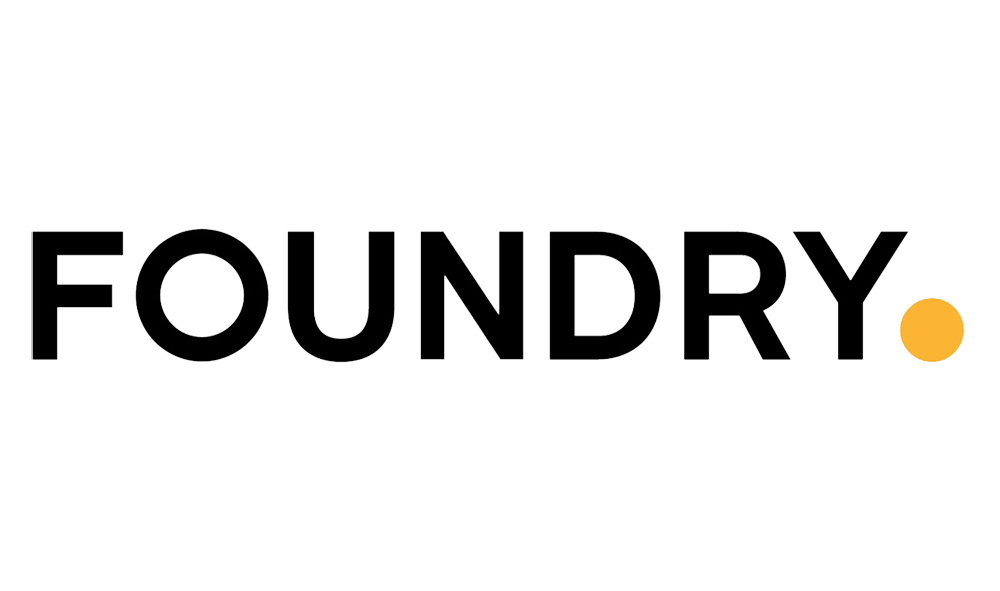 Foundry’s tools empower artists and studios all over the world to do amazing work no matter their location or size. This year will see the company’s third annual All Stars Event on Sunday July 28, which will showcase the breadth of creative and innovative productions using Foundry’s industry-leading tools such as Godzilla (DNEG), Wandering Earth (More VFX) and Avengers: Endgame (Digital Domain), among many others.

Exhibitor sessions focused on Education, Look Development and Lighting, cloud-based solutions and solving creative challenges with Nuke and Modo are scheduled for Monday, July 29 and Tuesday, July 30. Foundry has exciting product updates from the upcoming release of Nuke 12.0, with a focus on core performance and interactivity at scale, industry standards, and expanding the artist toolkit within Nuke and NukeX. In addition, Foundry will announce a new material shading system for Katana 3.2 and will showcase details on performance improvements in the upcoming release. The company will also show the ability to create automated look development with the Mari material system, Katana and Maya, via Foundry APIs.

Project management and production tracking developer ftrack will be showing off its two new integrations with the Unity and Unreal Engine real-time graphics and game development engines at SIGGRAPH 2019. Real-time technology occupies a pivotal role in animation today, an increasingly rapid process with ever-shorter iterative cycles. ftrack Studio’s Unreal Engine and Unity integrations help optimize this process by freeing up time spent on repetitive admin tasks. Working in a native ftrack Studio panel inside Unreal or Unity, artists and animators can communicate on uploaded assets, view assigned tasks, and check notes and updates on their work. Producers and supervisors can monitor and optimize team workflow and run online reviews on content.

ftrack will also demonstrate its Perforce Helix Core integration, which brings all the benefits of ftrack’s artist-friendly collaborative production tracking platform closer than ever to the world of video game development. Together, these three tools will empower real-time animation and game development studios to better track and manage projects. The company will also be showing off the latest features in ftrack Studio and its new review and approval tool for content creators, ftrack Review.

Maxon’s company team members will showcase the latest developments in its industry-leading 3D software application, Cinema 4D. A spectacular line up of 3D motion design and VFX professionals will present daily at the booth. Presentations will be live-streamed and highlight Cinema 4D’s ease of use, quick workflow, fast rendering and unmatched integration into leading software applications on a wide variety of professional projects for feature film, motion graphics, games, VR/AR, visualization and more.

Earlier this year, Maxon acquired Redshift Rendering Technologies, Inc., developers of the Redshift rendering engine. Throughout SIGGRAPH, the Redshift team will be present at the Maxon booth showing off its powerful and flexible GPU-accelerated renderer, built to meet the specific demands of contemporary high-end production. Redshift will also have a standalone exhibit booth, #747. An area of the Maxon booth will also be dedicated to a number of third-party partners, who will demo popular solutions that integrate with Cinema 4D to transform the 3D content creation workflow experience. Presenter schedule and streaming information will be available on C4DLive.com. 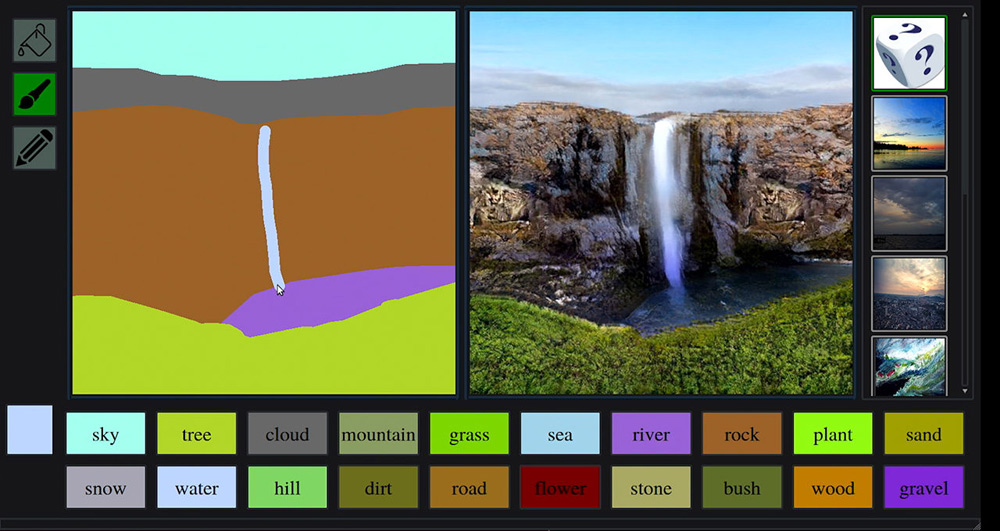 Nvidia Research will unveil new techniques for creative workflows and conduct live interactive demonstrations of GauGAN. Named after post-Impressionist painter Paul Gauguin, GauGAN creates photorealistic images from segmentation maps, which are labeled sketches that depict the layout of a scene. Artists can use paintbrush and paint bucket tools to design their own landscapes with labels like river, rock and cloud. 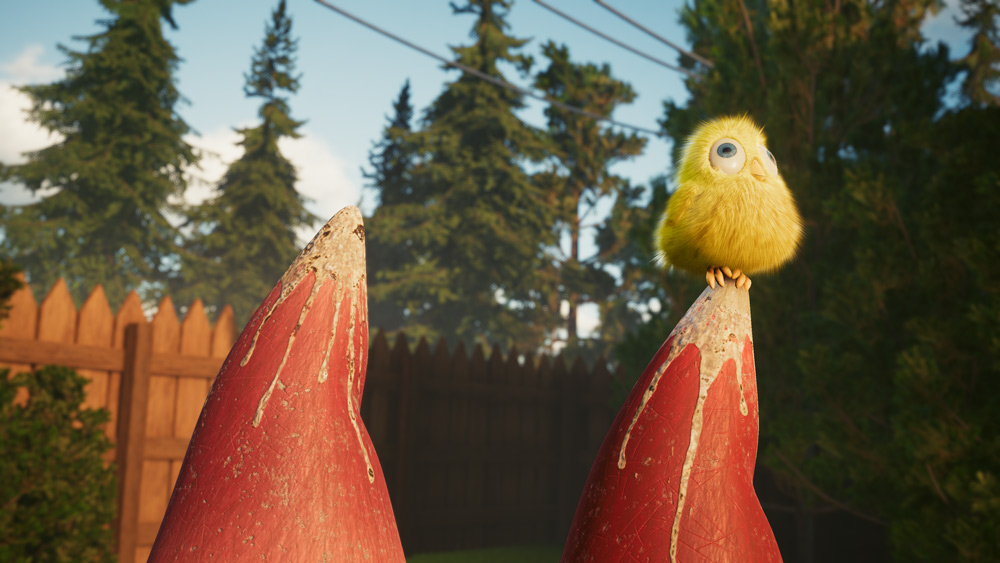 Unity will be out in full force at SIGGRAPH, demonstrating the latest advances in real-time rendering, including its High Definition Render Pipeline (HDRP), which allows developers to unleash the full graphical capabilities of high-end hardware.

Unity will demo several projects using HDRP and other off-the-shelf Unity technologies, including The Heretic, the latest real-time cinematic from the award-winning Unity Demo Team behind Book of the Dead and ADAM, showcasing CG humans and an array of VFX capabilities. At Real-Time Live!, Unity will reveal how the team made “Boston,” a procedural VFX character that can take various shapes and reacts dynamically to the environment.

“Reality vs. Illusion: Unity Real-Time Ray Tracing,” which will also be shown at Real-Time Live!, uses Unity’s real-time ray tracing technology to create photorealistic images and lighting at a fraction of the time of offline solutions. In the demo, Unity seamlessly transitions from a real car to a ray-traced one, demonstrating advances in rendering that make the vehicles indistinguishable from one another.

Sherman, an animated short from the Emmy-award winning team behind Baymax Dreams, demonstrates how Unity can create gorgeous animated shorts or episodic content, including pioneering a new way of rendering fur in real time.

At SIGGRAPH 2019, motion-capture leader Vicon will be demonstrating the effortless power and accessibility of Vicon’s Shōgun platform, including the upcoming Shōgun 1.3. At Vicon’s booth on the show floor, attendees will be able to direct their own full performance virtual production shoot, live in real time, all within Epic’s Unreal Engine.

Using high-quality assets that are readily available in Epic’s Marketplace, Vicon will deliver final, fully rendered cinematics in real-time, including face and high-fidelity finger animation. A process that normally takes days or weeks with other mocap systems can now be done instantaneously!