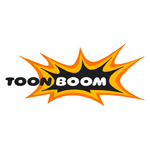 Montreal-based animation software company Toon Boom announced yesterday that it won’t be attending Annecy’s MIFA market this year due to a “fundamental disagreement with the organizers.” Since Toon Boom was planning to officially announce Harmony 9 at MIFA, the executive team will now be embarking on a Harmony Launch Tour throughout Europe in June. President and CEO Joan Vogelesang and CTO Francisco Del Cueto, Chief Technology Officer will be leading the tour and delivering more personalized presentations and demonstrations.

Among the new features offered by Harmony 9 are True Pencil, the ability to draw with pencil lines supporting textures; Deform, the ability to deform images and drawings over a period of time using advanced bone and curve deformers; Effects Inside, the ability to access built-in particle effects and dozens of other effects; and finally, 2D-3D Integration, the ability to import and modify 3D assets within Harmony as well as transform elements on all 3 axes. As the main animation production backbone, Harmony offers full artistic freedom with ease of use and total control.

You can check out some very cool Toon Boom spots here:

For more info about the Emmy-winning software, visit www.toonboom.com