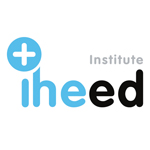 Leading animation software company Toon Boom and iheed Institute are launching iheedCrowd an online, platform where digital designers have the opportunity to create the next generation of health education content. Developed by the iheed Institute, iheedCrowd brings together for the first time, digital designers who can, via animation, change the field of Global Health Education and training. The website is the first of its kind to give digital designers and animators the opportunity to contribute to health education and training, making a difference for those whose access to healthcare is non-existent.

iheedCrowd will for the first time, encourage individuals, animation studios and animation colleges to be involved in the development of unique and creative health education content. Dr Tom O’Callaghan, CEO of the iheed Institute, stated:

“These animations can be used to train the millions of health workers in Sub Saharan Africa, Asia and beyond, aiding the billion people who still have no access to any form of healthcare. They will be seen on the immense number of cheap tablets and mobile phones now available as training tools across the globe and help reduce the 9 million children and 350,000 mothers who die every year from preventable and treatable conditions.”

“At Toon Boom we are totally committed to add our name to such an exciting initiative to support communities in the developing world. Through our extensive network and the thousands of studios worldwide using our technology we are delighted to accelerate and extend the reach of this global movement in training,” says Joan Vogelesang, president and chief executive officer of Toon Boom.

Developing a global animation library is a major part of the online platform with animations already having been developed and added by acclaimed producers and studios such as Chocolate Moose Media and Buzzco Associates. By partnering with Toon Boom Animation, iheedCrowd will encourage the development of animations which will be customized in many languages to be widely and freely distributed via multiple platforms, including mobile technology, therefore overcoming education and literacy challenges in the field.