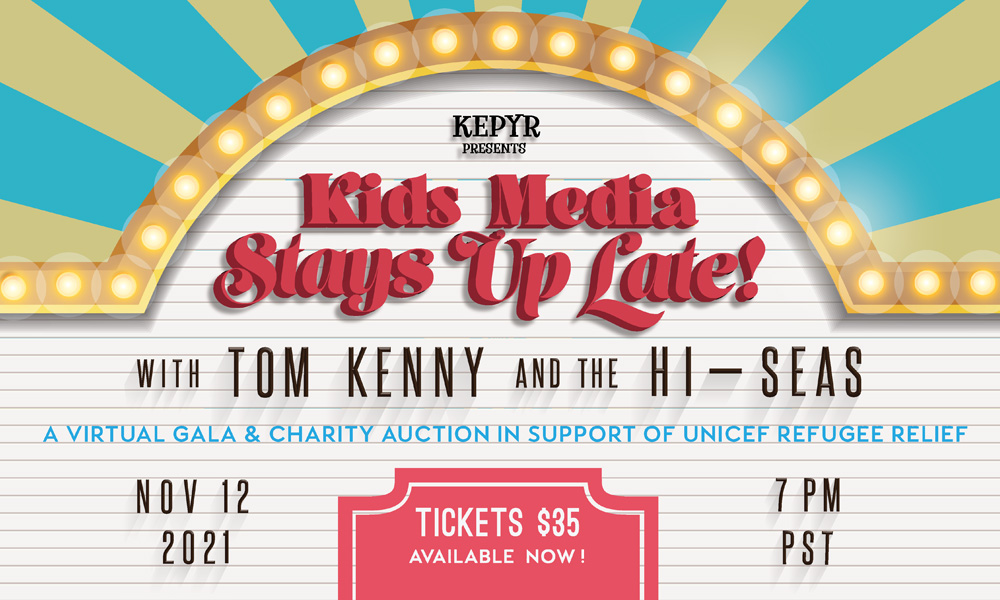 Produced by Guy Toubes (T.O.T.S., The Stinky & Dirty Show, Hello Jack! The Kindness Show), the virtual fund-raising event will feature sketches by Kenny and fellow voice acting luminaries Carlos Alazraqui, Gary Anthony Williams, Matt Danner and others, and music from Kenny and his band The Hi-Seas, Grammy winner Lisa Loeb, and voice and recording artist Grey DeLisle. All proceeds from the event will go to support UNICEF‘s vital relief efforts at the U.S / Mexico border.

Tickets are $35 and are available now at www.kepyr.org.

The evening will also cap a month-long online auction of one-of-a-kind and rare collectibles and gift items generously donated by Mattel, Nickelodeon, Netflix, Hasbro, Spin Master, Sesame Workshop, 9 Story Media, Sinking Ship Entertainment, Boulder Media, Animation Magazine and many other companies and individuals. Items include signed original artwork created specially for the event by, among others, Simpsons creator Matt Groening and the makers of the new My Little Pony: The New Generation; a personal video greeting from Steve Burns (Blue’s Clues); 2 VIP American Girl experiences, VIP badges to the 2022 World Animation and VFX Summit, and more than 70 other items, experiences and services. Bidding is open now.

The evening’s festivities will conclude with a special presentation honoring Aly Jetha, co-founder of Big Bad Boo Studios (16 Hudson, The Bravest Knight, 1001 Nights), who will receive the inaugural KEPYR Heroes Award in recognition of his many years of work developing and implementing innovative educational programs for displaced children around the world.

“This incredible night of entertainment is being made possible by a generous and big- hearted professional community for whom the wellbeing of all children is paramount,” says KEPYR founder Grant Moran. “It’s an opportunity to come together, have a ton of fun, and score some one of a kind holiday gift items while supporting UNICEF’s urgent relief work at the border. It’s a win-win-win.” 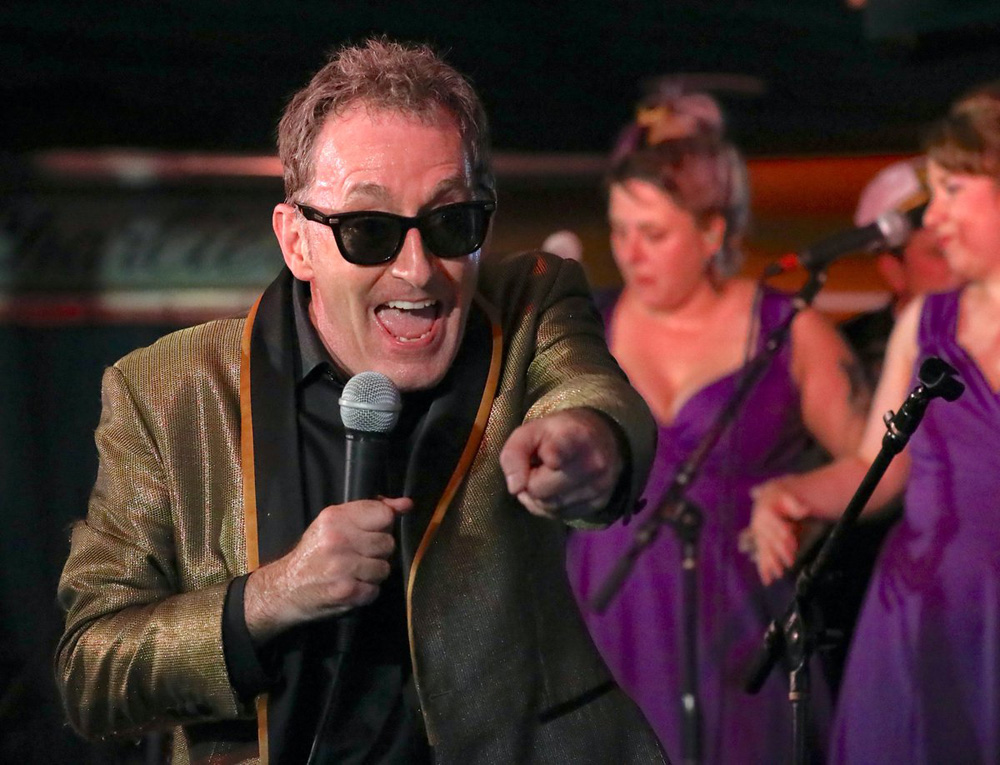 Tom Kenny & The Hi-Seas are a Los Angeles-based rock ‘n’ roll/soul/R&B band most notably known for “bringing the party” wherever and whenever they perform. They are the embodiment of no-holds-barred, all-in rock ‘n’ roll. The Hi-Seas Band front man is Tom Kenny, who is the highly regarded voice actor behind the immortal SpongeBob SquarePants, The Ice King from Adventure Time, many voices on Rick and Morty, and literally hundreds of other animated characters. He won an Emmy in 2018 for outstanding contributions to an animated program. The Hi-Seas’ Dave “Mustang” Lang is a composer, producer and songwriter based out of Pasadena, CA. He is a multi-instrumentalist who is equally at home in a funky honky-tonk or on a concert stage. Mustang is the Music Director and arranger for Tom Kenny & the Hi-Seas and co-founder of the band Charlie Limousine.

UNICEF works in more than 190 countries and territories and has helped save more children’s lives than any other humanitarian organization, by providing health care and immunizations, safe water and sanitation, nutrition, education, emergency relief and more.