On Sept. 7, the centenary of the birth of National Film Board of Canada film and animation legend Norman McLaren will be celebrated with a free program of outdoor screenings, accompanied by live music, as part of the Toronto International Film Festival‘s pedestrian walk on King Street West.

Titled Re-Sounding the Films of Norman McLaren and created especially for TIFF, this program features seven short films from McLaren’s legendary oeuvre, with original scores written and performed live by Toronto pop/psychedelic/experimental group Absolutely Free. McLaren’s films will be projected onto a wall especially painted for this event, which is presented by TIFF in collaboration with the NFB.

From Sept. 4 to 7, King Street West between Peter and University Streets will be transformed into a pedestrian promenade featuring art works across multiple disciplines, pop-up performances, a music stage, food trucks, relaxed seating areas, and much more. Re-Sounding the Films of Norman McLaren is one of a series of special activities taking place in Canadian and international cities to mark the 100th anniversary of McLaren’s birth, as well as the 75th anniversary of the founding of the NFB, in 2014. 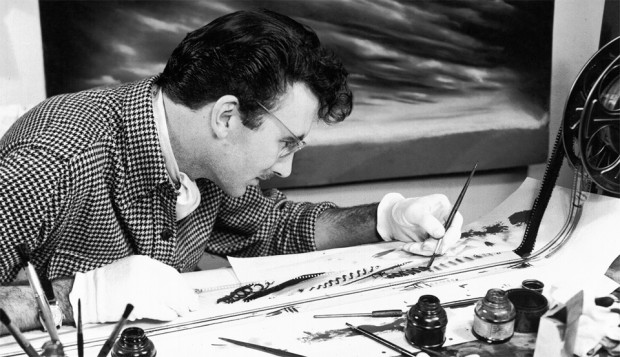