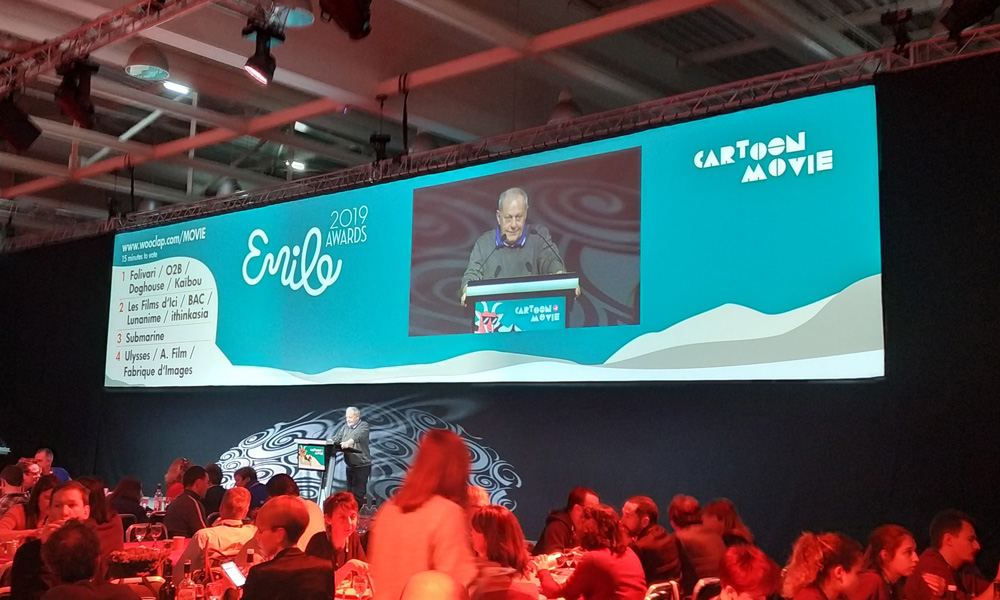 During the big Cartoon Movie confab in Bordeaux, organizers of the European Animation Awards revealed the time and location of the third edition of the Emile Awards. The next ceremony will take place on Friday, December 6 at the Nouveau Siecle auditorium in Lille, France.

The 2019 Emile Awards will be presented with the support of French and European organizations including the Région Hauts-de-France.

During the announcement, EAA General Secretary Jean-Paul Commin said that this year will be the Awards’ last engagement within France for some time. The EAA has received invitations from several European cities to hold the ceremony in the future, with 2020 slated to be the first year the Emiles are held outside of France. Details will be announced during the event this December.

Registrations for memberships are open now at https://animationawards.eu/register.