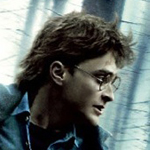 The Harry Potter movie series has only one movie left, but fans will be able to revisit the magic where it really happened in a new tour being designed by Thinkwell Group for Warner Bros. Studios Leavesden in England.

The facility was home to the shooting for all eight films in the Harry Potter saga and was recently acquired by Warner Bros. The tour will allow visitors who book in advance a chance to see original film sets, costumes, creatures and props used in making the films.

Warner Bros. acquired the studio last year, beginning an expansion and redevelopment project. The site, originally a factory for Rolls-Royce, was first used as a film studio for the 1995 James Bond film GoldenEye. In addition to the Harry Potter films, Star Wars: Episode I — The Phantom Menace, The Dark Knight and Inception have filmed at Leavesden.