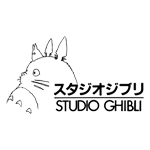 Hugo Ozman of Twitchfilm.com reports that giant murals have been unveiled in 26 theaters across Japan today celebrating images from 21 Studio Ghibli features made between 1984 and 2013. The campaign is a tie-in marketing push for Hayao Miyazaki’s July 20 release The Wind Rises (Kaze Tachinu) and the fall title Takahata Isao’s The Tale of Princess Kaguya (Kaguya-hime no Monogatari). According to Ozman, the murals are about 12.8 tall and 82.7 feet wide (3.9 m X 25.2 m).

The 21 films featured in the mural are (from left to right): Ocean Waves, Kiki’s Delivery Service, Laputa Castle in the Sky, Tales from Earthsea, From Up On Poppy Hill, Porco Rosso, Grave of the Fireflies, Nausicaa of the Valley of the Wind, Princess Mononoke, The Tale of Princess Kaguya, Spirited Away, Whisper of the Heart, Pom Poko, The Wind Rises, The Cat Returns, Howl’s Moving Castle, My Neighbor Totoro, Only Yesterday, Ponyo on the Cliff by the Sea, My Neighbors the Yamadas and The Borrower Arrietty.

OK, we are now even more envious of Japanese moviegoers who get to see Miyazaki’s latest movie on the 20th of July.

You may also like...
Related Topics:From Up on Poppy Hill, Grave of the Fireflies, Hayao Miyazaki, Howl's Moving Castle, Hugo Ozman, Kiki's Delivery Service, Laputa Castle in the Sky, My Neighbor Totoro, My Neighbors the Yamadas, Nausicaa of the Valley of the Wind, Ocean Waves, Only Yesterday, Pom Poko, Ponyo on the Cliff by the Sea, Porco Rosso, Princess Mononoke, Spirited Away, Studio Ghibli, Takahata Isao, Tales from Earthsea, The Borrower Arrietty, The Cat Returns, The Tale of Princess Kaguya, The Tale of Princess Kaguya (Kaguya-hime no Monogatari), The Wind Rises, The Wind Rises (Kaze Tachinu), Whisper of the Heart

The Gru Next Door: Building ‘Despicable Me 2'
Nick Ups Fasulo to SVP of Movie Marketing