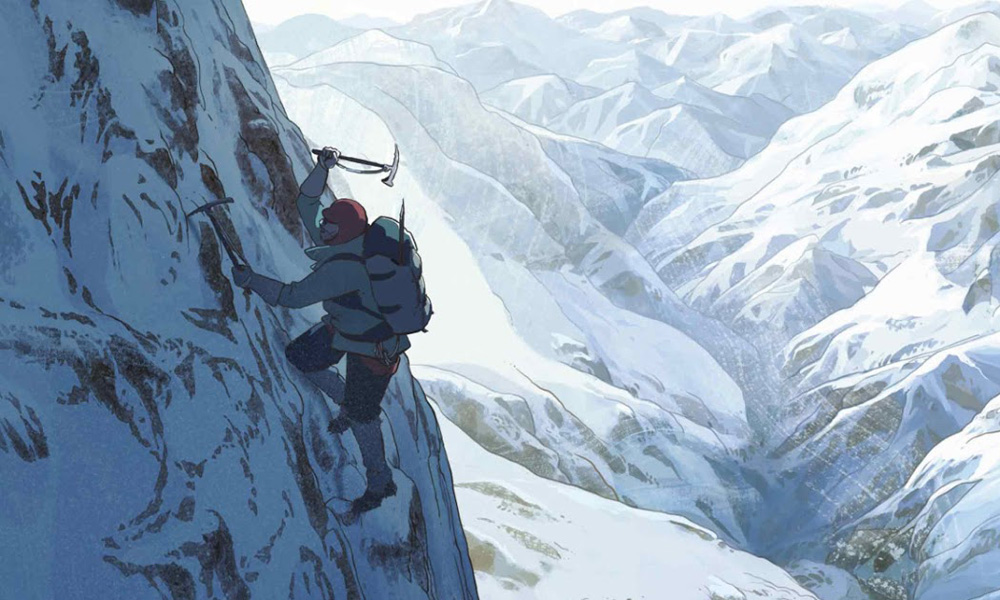 Patrick Imbert’s much-anticipated animated feature The Summit of the Gods (Le sommet des dieux) which was originally slated to premiere at the 2020 edition of the Cannes Festival, will now be part of event’s the 2021 Official On the Beach program, the free, outdoor screening held on the beach facing the Majestic Hotel. Imbert, whose credits include animation director on Ernest & Celestine, animation director on April and the Extraordinary World and supervising animator and director on The Big Bad Fox and Other Tales, will present his movie at this special screening.

The Summit of the Gods, which is produced by French animation veteran Didier Brunner (The Secret of Kells, Ernest and Celestine, The Triplets of Belleville) centers on a young Japanese photo journalist who discovers a camera that may have belonged to a famous mountaineer who disappeared in 1924. He then joins forces with a legendary climber who attempts to climb the treacherous South West face of Everest.

“Animation can talk about any subject but differently from live action,” Brunner said during an Annecy Work in Progress presentation. “The Summit of the Gods is a big adventure, a tale about a man’s relation to nature and his own limits, pushed to folly.”

The film is an adaptation of a widely acclaimed manga by Baku Yumemakura and illustrated by Jiro Taniguchi. As Brunner pointed out, “the style of the manga is close to European graphic novels, which fascinated and inspired Taniguchi deeply, especially the Belgian clear-cut line.”