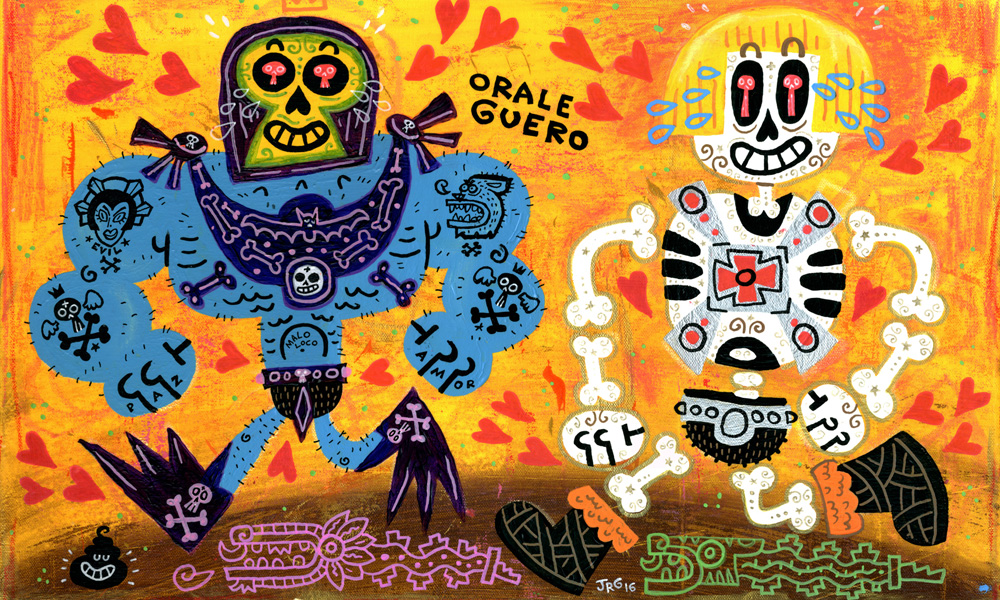 In Border Bang 2, Gutiérrez continues his love letter to the cultural collisions born of the Tijuana/U.S. border, rendering his own version of the bootleg items hawked to tourists and locals alike:

Re-appropriating the bombardment of pop culture images is the border’s reaction to global issues and events. In cultural spaces marked by hybridity, viewers and consumers know not to glorify the political but rather to acknowledge its cultural impact through subversive presentation.

In an era where cultural appropriation policing has become a favored virtue signaling strategy, Gutiérrez remind us that artistic inspiration can come from anywhere and should be open to anyone.

The exhibition is a follow-up to Gutiérrez’s debut solo show at Gregorio Escalante Gallery in 2016, and will feature art pieces and an altar dedicated to the late Greg Escalante in tribute. The works created by Gutiérrez for the show will be published in a hardcover Border Bang book coming from Cernunnos — a signing at the Coagula Curatorial is slated for Sunday, Oct. 21 from 2-5 p.m.

The five other exhibiting artists are: 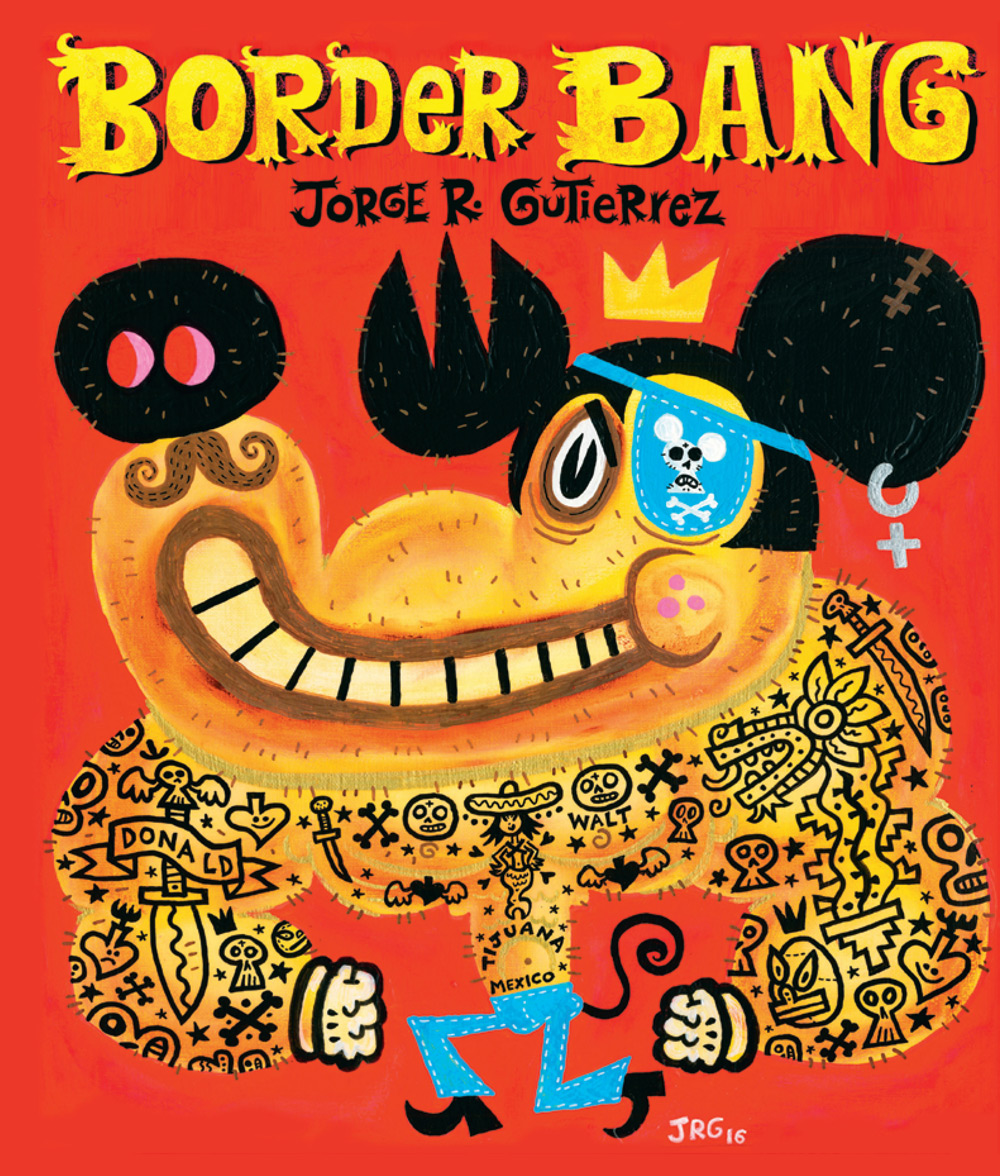 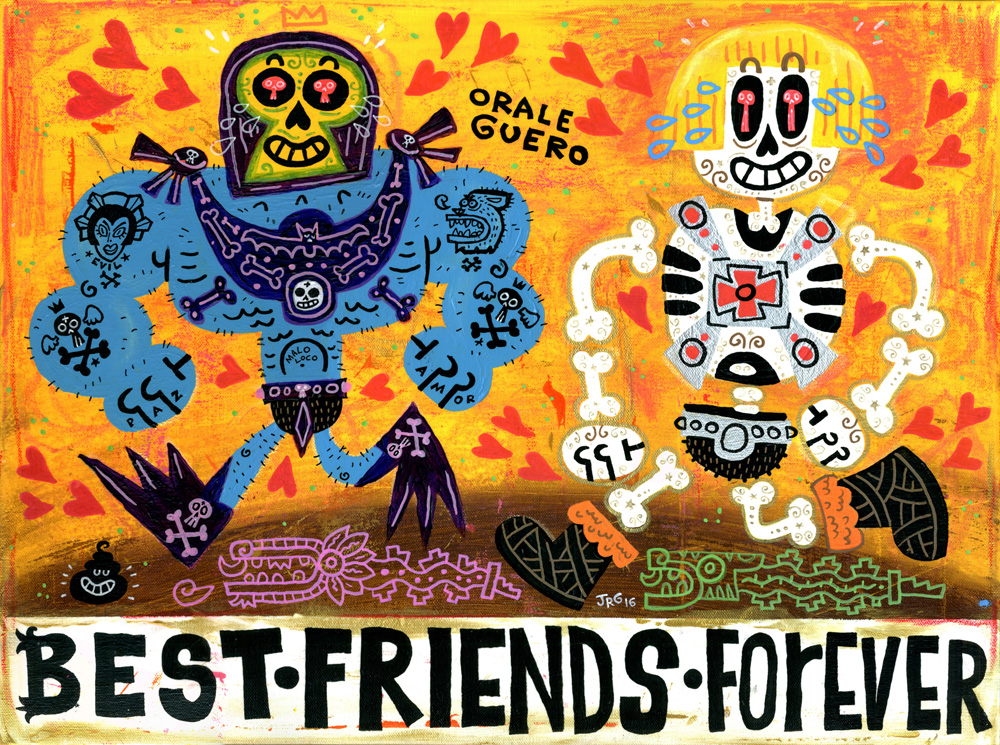 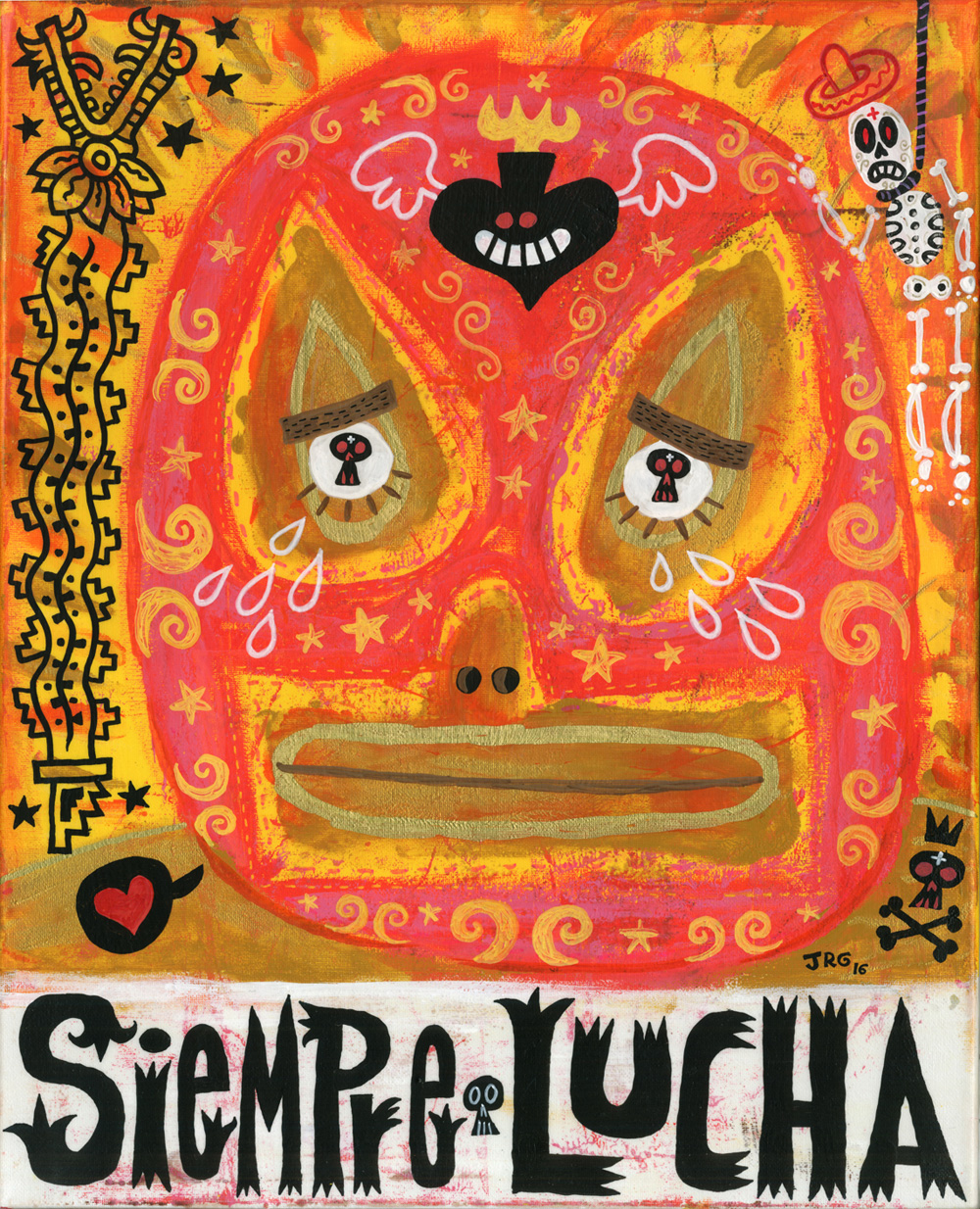