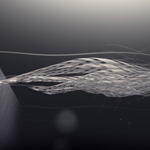 The can’t-miss exhibits, sights and talks for the animation and VFX crowd at this year’s Aug. 9-13 confab at the Los Angeles Convention Center.

The 42nd annual Computer Animation Festival will present the best in computer animation, with more than 100 award winners and nominees – selected from more than 500 submissions evaluated by a jury of industry experts — screening at the Los Angeles Convention Center.

Highlights include the winners of awards in 10 categories:

You may also like...
Related Topics:computer animation festival, SIGGRAPH 2015