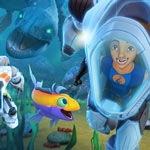 Technicolor continues to build the brand program for its award-winning underwater adventure series The Deep by launching its new 4D theatrical-immersive experience across multiple US locations, and adding more branded products to its licensing roster.

“We are so excited to premiere The Deep 4D: Mystery of the Ancient Amulet, an action-packed, family-based adventure and a perfect fit for aquarium partners who also see the opportunity to inspire children towards environmental stewardship,” commented Pam Kunick-Cohen, Head of Brand Management, Licensing and Merchandising, Technicolor. “Our recent season three renewal and strong ratings continue to attract new licensing partners and we are looking forward to the fall 2018 debut of products for our fans to further engage with The Deep.”

On the licensing side, German broadcast partner and licensing agent SuperRTL has inked an agreement for Germany, Austria and Switzerland with TIB Heyne & Co. (a division of Happy People) for partyware and St. Martin’s Day lanterns; with Blue Ocean Entertainment AG for print magazines with covermount; and Justbridge Ent. GmbH has hooked physical home video and download-to-own rights.

The new deals follow recent agreements brokered by DHX Media’s CPLG with Bloomsbury (global publishing partner) for a range of books including young fiction, official handbooks and activity books, launching initially in the UK and Australia; and Toybox Magazine, which will feature The Deep in print with dedicated pages, workbooks and covermounts in the UK, Channel Islands, Isle of Man and Eire.

New products will launch in fall 2018, coinciding with the line from master toy partner Simba Toys — including figures, playsets and role-play — in GAS and UK, rolling out to additional territories in early 2019.

Production partners DHX Media, A Stark Production and Technicolor recently announced the greenlight for The Deep Season 3 from ABC Australia. The 13 new half-hour episodes will also be available on Netflix worldwide and on DHX’s Family CHRGD in Canada. Airing in over 130 markets, The Deep follows the Nektons — a family of daring, high-tech underwater explorers — as they traverse the world’s uncharted oceans and unravel the mysteries of the deep. The series, optioned from Nekton Productions, is based on the Aurealis Award-winning graphic novel series by Tom Taylor and James Brouwer. 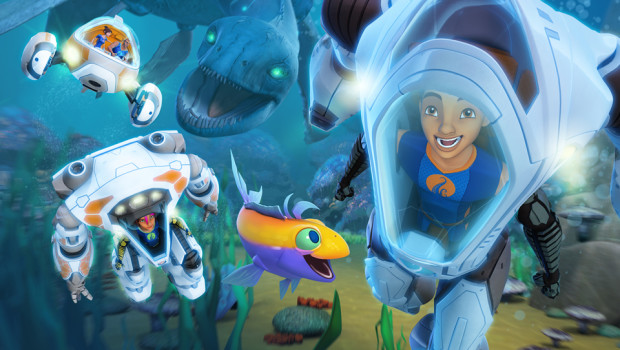