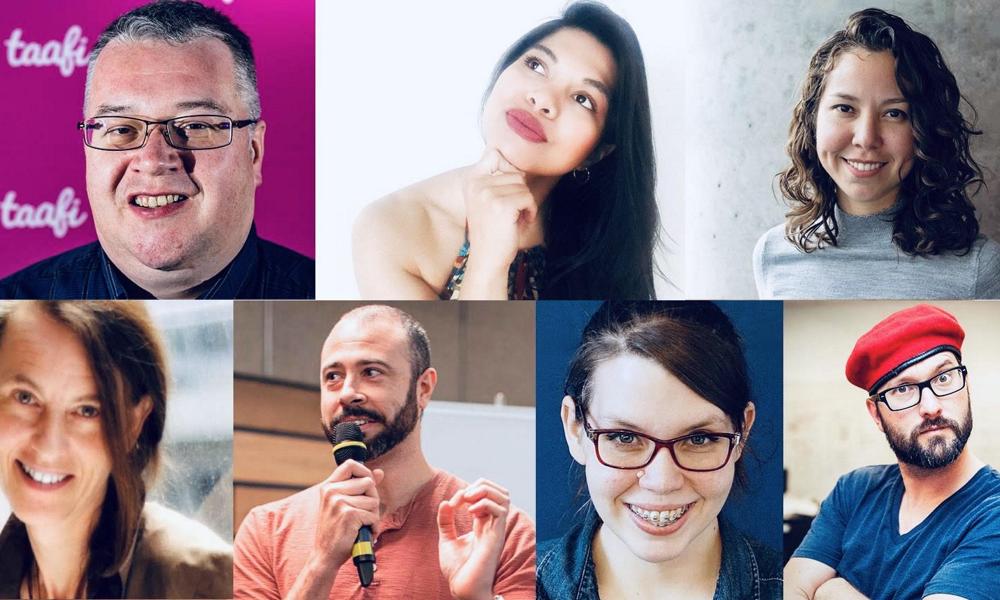 The Toronto Animation Arts Festival International (TAAFI) has announced the addition of animation industry leaders Janice Walker, Karen Jackson and Claudia Barrios to its board. In addition, studio veteran John Rooney has been appointed to Executive Director and will assume the role effective immediately. With these changes, TAAFI revealed their 2020 programming strategy in response to the COVID-19 global pandemic: The festival will continue to host its annual industry conference and animation festival with the inclusion of new monthly events.

The TAAFI Animation Industry Conference will take place virtually on November 6-8, 2020. The TAAFI Festival is confirmed for February 2021.

In addition to the two annual programs that TAAFI regularly hosts, the animation organization will be running monthly events which will include panels, presentations, workshops, discussions with studios and artists/creators. To kick off their 2020 program, TAAFI will be organizing a special live-streaming of a new animated Netflix Original followed by a panel discussion with key creatives behind the feature film. Details will be announced this month.

More info on TAAFI’s 2020 program will be available at taafi.com

Janice Walker is an industry veteran with over 25 years of experience in the animation film and television industry. Currently, she is the Studio Producer at Yowza! Animation where she is working on several animated series including Green Eggs and Ham and Angry Birds. Prior to Yowza! Animation, Walker was the Head of Animation & Producer for Brain Power Studios, where she worked on overlapping productions. She was the acting Producer for the Netflix Original animated series Julius Jr. and Luna Petunia. Prior to Brain Power Studios, she worked at DHX Media in Toronto.

Karen Jackson is a veteran of the TAAFI core team: she oversaw the ambassador program for five years, working behind the scenes to bring TAAFI events to life. She currently works for Tangent Animation as a Production Coordinator after eight years of being an artist at various companies such as Nelvana, Guru Studio and Jam Filled Entertainment. She brings with her an immense knowledge of the 3D studio pipeline experience and an understanding of both production and artist needs that help cater to all sides of the industry.

Claudia Barrios is currently the Marketing Manager for Secret Location, where she oversees the marketing strategy for the studio’s VR games and immersive experiences. With over six years in the entertainment industry, she has deep experience in developing marketing strategies for film, television and games. Prior to Secret Location, she worked on the global launch of various shows including the Netflix Original animated series True and the Rainbow Kingdom for Guru Studio. Before joining Guru Studio, she held various roles at 9 Story Media Group across acquisitions, distribution and digital media. Barrios graduated from the Kids Media program at Centennial College.

John Rooney is an industry veteran with a vast history within Canadian animation and kids television. He served as Director of Programming at YTV and was instrumental in shaping the Corus Kids & Family brands. He successfully created strategies for such brands as Bionix, Nickelodeon Canada and ABC Spark Canada. Additionally, he served as Director of Programming for TELETOON, where he was responsible for content strategy for TELETOON, TELETOON Retro, and for launching Cartoon Network and Adult Swim in Canada. Currently, he serves as a consultant advising various clients on content strategy, programming, development, curation, research, and trending. His client list includes Mattel, Epic Story Media, WildBrain, Zodiak Media, Shaftesbury, Apartment 11 and marblemedia.

Learn more about the board members at taafi.com/#/board

In a statement, Barnabas Wornoff, Chair of TAAFI said:

“Despite the COVID-19 global pandemic, we remain dedicated to celebrating and showcasing some of the best animation content. In a rapidly changing industry with increasing demand for high-quality content, we would like to announce the following changes:

I would like to welcome Janice, Karen and Claudia to the board of directors. We are looking forward to working with these industry leaders, benefiting from their deep experience within the animation industry.

John Rooney has been appointed to Executive Director. He has been an instrumental part of the organization’s success the past few years. John is an extraordinary leader with strong industry-wide relationships. Please join me in congratulating him.

With this change, I would like to thank Ben McEvoy, one of TAAFI’s co-founders, for his leadership and passion for the industry as TAAFI’s Executive Director over the years. Lastly, I am extending many thanks to Kathleen Bartlett and Barry Sanders for their commitment to the board — leading our marketing and programming teams.

As we move through 2020, I am thrilled to share TAAFI’s program and strategy in the weeks to come.”

In a memo, McEvoy wrote to the TAAFI team:

“I am incredibly proud of what we’ve accomplished with TAAFI within these first 10 years. And we did it all thanks to our generous community who wanted to see everyone lift up and grow together here in Toronto as well as across Canada.

We’ve been fortunate to be partners with such a passionate audience, along with the support of so many engaged studios, businesses and the government, including the ability for all of us to work together to grow the industry, and more importantly, create fantastic animation.

There’s so much that I’ve wanted to keep doing with the festival as we journey down that path together, but the time has come to make way for a new group of enthusiastic leaders and volunteers that can carry the TAAFI torch forward—and continue to help grow this organization, and our industry, into a dynamic, world-class animation hub.”

You may also like...
Related Topics:featured, TAAFI
Geographic Region:North America