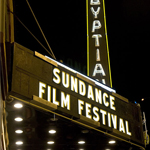 The Sundance Film Festival will screen 13 animated short films from both the United States and abroad.

The festival selected 81 shorts in all to screen at the 2011 edition of the festival, set for Jan. 20-30 in Park City, Utah. The festival received a record 6,467 submissions, an increase of 6 percent over last year.

Here are the films selected in the animation categories.

You may also like...
Related Topics:short films, sundance film festival