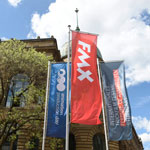 Things are starting to click into place for the annual animation takeover in Stuttgart, Germany formed by the threeway intersection of the Stuttgart Festival of Animated Film, FMX animation/VFX/games/immersive conference and Animation Production Day. The 25th edition of the “Trickfilm” fest will take place April 24-29; FMX runs April 24-27; and APD has been set for April 26 & 27.

Newly confirmed speakers for FMX include William Joyce of Moonbot Studios, who will be presenting on “world building” as part of the Concept Art track curated by Patrick Hanenberger (production designer, The Neuland). Joyce embodies this year’s conference theme “Creating Worlds,” having done just that in a variety of mediums wearing many different creative hats. As a director, Joyce won the 2011 Academy Award for Best Animated Short Film for The Fantastic Flying Books of Mr. Morris Lessmore (based on his #1 NYT bestselling book). Animated features based on his books include Epic, Rise of the Guardians, Robots and Meet the Robinsons. He is currently directing his first toon feature The Extincts, produced by Cirrina Studios.

Lynne Naylor, who won an Annie Award for her design work on Samurai Jack, will also participate as a speaker on the Concept Art track.

And Stuart Shankly of Cartoon Saloon, assistant director of Oscar-nominated film The Breadwinner, is the first speaker confirmed for the FMX track The Art of Animation, which will explore the wide range of styles and genres in the medium, from 3D CG to stop-motion and traditional hand-drawn animation.

The ITFS organizers have announced a deadline extension for the Animated Com Award International, open to filmmakers, production companies, agencies and clients from Germany and around the world to submit their animated ad spots until February 15. Presented during the Trickstar Business Award Gala, the 2,500 euro prize is sponsored by the Animation Media Cluster Region Stuttgart. More info and submissions here.

Last but not least, the third installment in the ongoing FMX 2018 trailer series Behind the Beard has arrived! In the new episode (below), Bruno the Beaver catches a break from the powers of nature for once … unfortunately, now he must contend with supernatural forces. 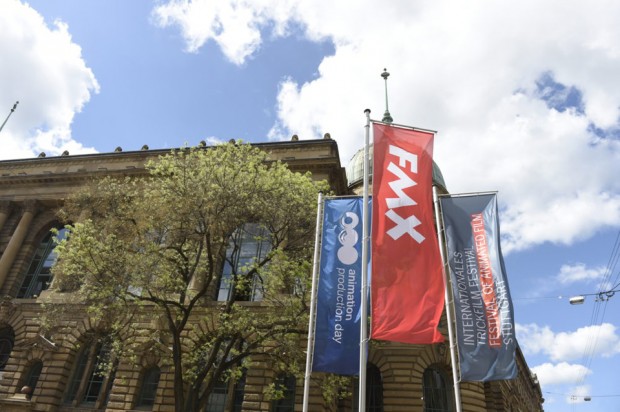