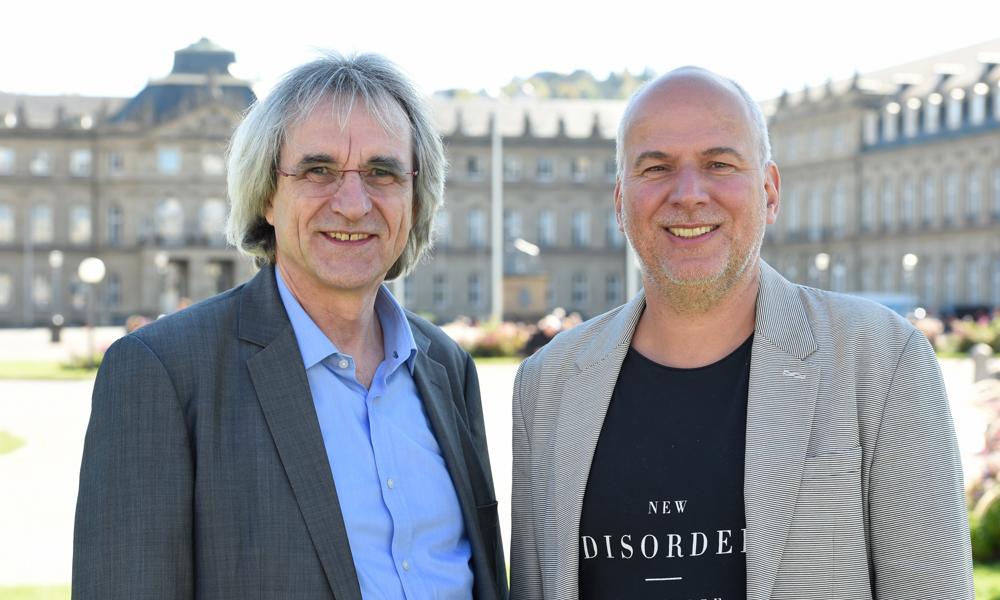 As festivals, markets and conferences around the world are forced to cancel their physical gatherings during the COVID-19 pandemic, the potential of virtual events is being explored like never before. The Stuttgart International Festival of Animated Film recently announced its plans for the first-ever OnlineFestival.ITFS.de, taking place May 5-10. Animation Magazine caught up with the festival’s Artistic Managing Director, Ulrich Wegenast, and Dieter Krauss, Commercial Managing Director of the ITFS organizing body Film- und Medienfestival, to learn more about this exciting new chapter for the renowned German festival.

Animag: Can you tell us a little bit about how you are reshaping the festival as a digital event this year because of the unusual circumstances we are all facing worldwide?

Dieter Krauss: As cultural organisers, we and our service providers in the event industry, artists, filmmakers and creative people are particularly hard hit by the cancellation. But despite the cancellation, we want to make it possible for our fans and all those who want to become fans to attend this special cultural event, to see unique films, to participate in discussions or workshops. Since this is physically not possible at the moment, we want to raise a new format: the OnlineFestival.ITFS.de. A digital format that will give all those who stay at home during the ongoing corona crisis a digital festival feeling. In addition, we would like to offer our filmmakers a platform to give their creative and artistic achievements visibility and an audience right now.

Ulrich Wegenast: There will be freely accessible statements by filmmakers and interviews, the curated program Animated Music Video as well as new outstanding animated short films shown daily. And even events and panels will take place online, as livestreams and video conferences. The GameZone will present selected games, digital educational games, a digital GameZone Talent and the nominees for the Animated Games Award Germany 2020. Film fans have the opportunity to watch a selection of the current competition films on demand in the paid area OnlineFestival+. In the section OnlineFestival Pro, professionals have access to the submitted animations at our animated video market and can get in touch with the producers. The OnlineFestival Pro section also offers talks and video conferences – especially on the question of how the animation scene is dealing with the corona crisis.

What are some of the programming highlights for lovers of global animation and the talented filmmakers who create it?

Wegenast: At our digital Festival we are focussing on our ITFS competitions and our great and inspiring filmmakers. The OnlineFestival+ is intended to give full access to the film program: A selection of short films from the International Shortfilm Competition, Young Animation, Tricks for Kids, Trickstar Nature and selected feature films from the AniMovie competition are available here. But we will show all selected films in the different competition also at ITFS 2021 on the big cinema screen! Also, we introduce filmmakers in short videos and give them a platform to talk about their movies. On May 10 we will award the winners online! The complete competition program of 2020 will also be shown at ITFS 2021 (May 4-9) in top quality on the big screens in the cinemas.

Our Masterclasses with Benjamin Renner and other great filmmakers will be available in a Livestream at OnlineFestival.ITFS.de which will be a great opportunity to take part in.

We have seen a lot of advances made in the field of AR/VR and animation. Can you tell us how the festival is incorporating these creative projects from artists around the world?

Wegenast: In our ITFS GameZone section, we will present the current nominees for the Animated Games Award Germany. These games are characterized by an outstanding aesthetic and design, which is especially important to us as an interface between animation and games. The GameZone with its AR/VR games and interactive works lives from physical presence, from playing and interacting. In these times just a few people have VR glasses for their own private use. Therefore, the current VR and AR games that we have planned for the GameZone will not be available for testing as usual. Nevertheless we would like to introduce GameZone Talents and Local Heros and create interaction with the fans via livestream. Anyhow, next year VR and AR will have a prominent role at the GameZone, when we feature a special curated program on “Women in Games & Animation”.

The festival has a great track record of exploring the marriage of gaming and animation. What else can we expect from the 2020 GameZone?

Krauss: GameZone as the digital playground of ITFS is dedicated to various formats – from indie games to VR installations to game jams – this year, more than 50 games and VR installations were planned to be presented. But there is, in a time like this, another important section we are focussing on: Games and Education. German kids and teens and also those in other countries around the globe had to learn at home, while schools were closed during the corona crisis. This is a huge opportunity for the games and animation industry to push the digitisation in the school systems, and there is enormous potential for digital games in the area of school and extra-curricular education. As a digital platform we are dealing with the interfaces between digital games and pedagogy under the program item “Edutain Me” for over five years. Discussions held at ITFS explore which roles animation and computer games can play in the presentation and communication of content in an educational as well as extracurricular context. At our digital Festival we will have livestreams and panels at this topic, which will be very interesting and exciting.

What are your personal recommendations for those experiencing this novel event?

Krauss: Just try out what an online festival like this feels like and get involved in new experiences in this digital world. Surely, this is the first and great chance for everyone who has never wanted to make the (long) journey to our ITFS to test how exciting, varied, artistically diverse, etc. the international world of animation is. This spectrum is otherwise not to be seen outside the ITFS in Germany! This year, the ITFS comes to the people simply and directly!

Wegenast: For us, the new digital format will be a new experience like for our guests and spectators. Indeed, we already had a lot of online activities – like the Online Animation Library with more than 15,000 films available for streaming – but with the new format we will reach a new level of digitization. We will have a lot of video statements and live interviews so that we think that the audience will get in touch with the makers in a very intense way. At our livestream with talks, moderations and animation content we will create a kind of festival feeling. We are also convinced that we will reach new target groups via our OnlineFestival. And we still represent the diversity and power of animation. We are still developing the new digital format, and I am sure that we – together with the producers – will create new and more interactive content.

Your event curators go through hundreds of animation titles each year. What are some of the biggest trends you have noticed this year?

Wegenast: We have around 2.000 submissions which are selected and judged by our preselection committees. Contentwise, we see a lot of films which are dealing with the current (political) situation. A lot of films deal with topics like women’s rights. In general, most of the films show dark visions of the future. When it comes to aesthetics and techniques, we see a great variety of styles and production methods! Indeed, we see also a strong impact of the big platforms like Netflix and Amazon – but in a positive way, regarding adult topics and artistic approach. Animated series like Undone wouldn’t have been realized by normal TV stations because they are too radical and too innovative. Hisko Huelsing, director of Undone, had planned to come to Stuttgart this year. We have featured his short films like Yunkard at previous festivals, and we see a close connection between high quality short films and interesting animation series. Due to the corona crisis, Hisko won’t make it to Stuttgart, but we are working on a masterclass online!

Wegenast: Many of the animators and artists use their creativity to meet the challenges of the current situation. They deal with the crisis and its manifold, sometimes oppressive, sometimes absurd effects on everyday life in a humorous and critical way and/or focus their creative energy on new projects. For most of the creative people it is very important to stay in contact and exchange (using social media), be it in a personal way or to get feedback for their own artistic work. The response to the cancellation of festivals is completely understandable and is praised as very responsible. Thus, the offer of online festivals is also evaluated positively, even though almost everyone is aware that the personal meeting, direct exchange and human contact is sorely missed.

OnlineFestival.ITFS.de will be held May 5-10. The digital event is offering a free film streaming section as well as on-demand competition films (OnlineFestival+, 9.99€) and OnlineFestival Pro for masterclasses, market and more (19.99€, includes OnlineFestival+), 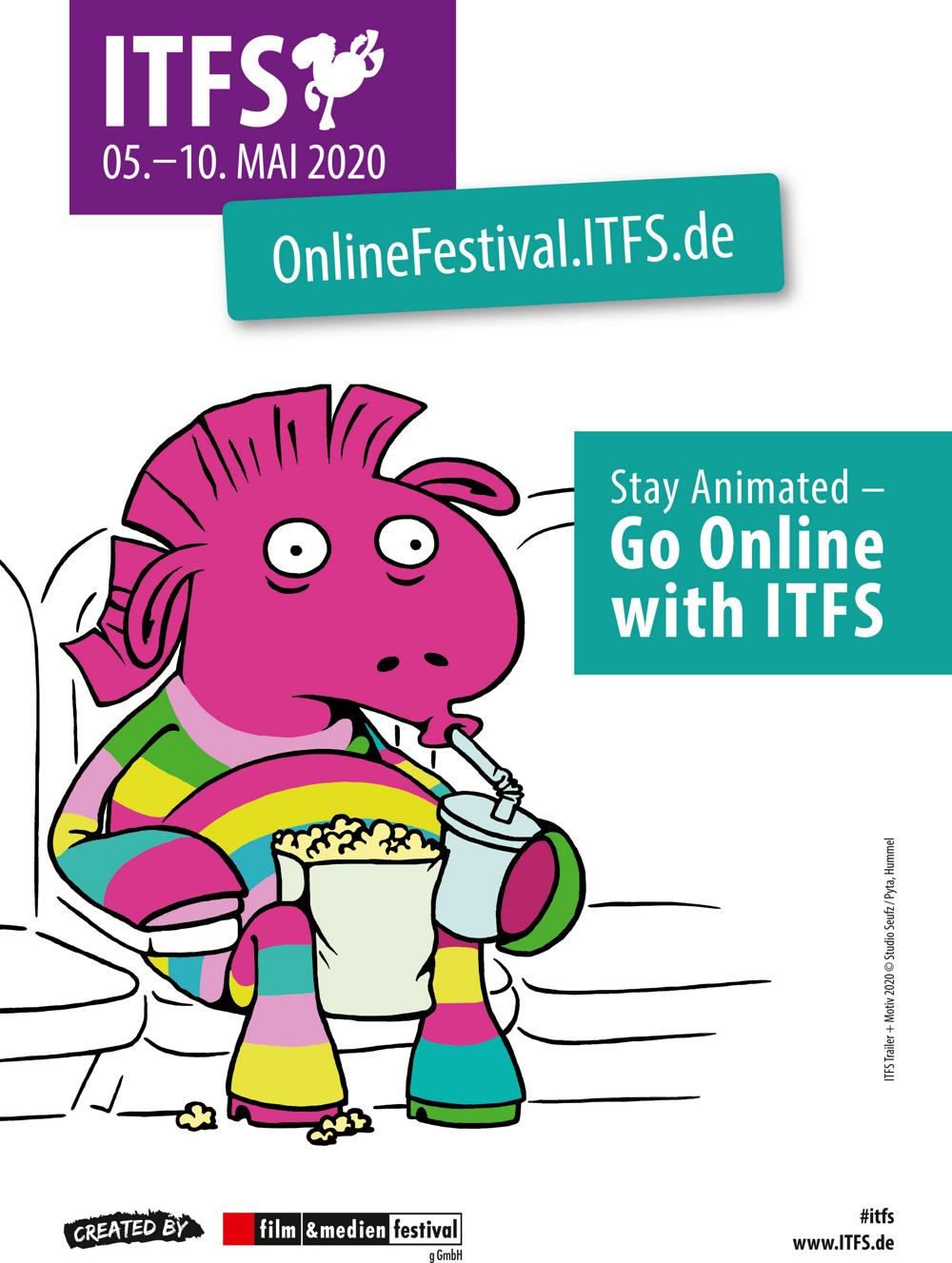