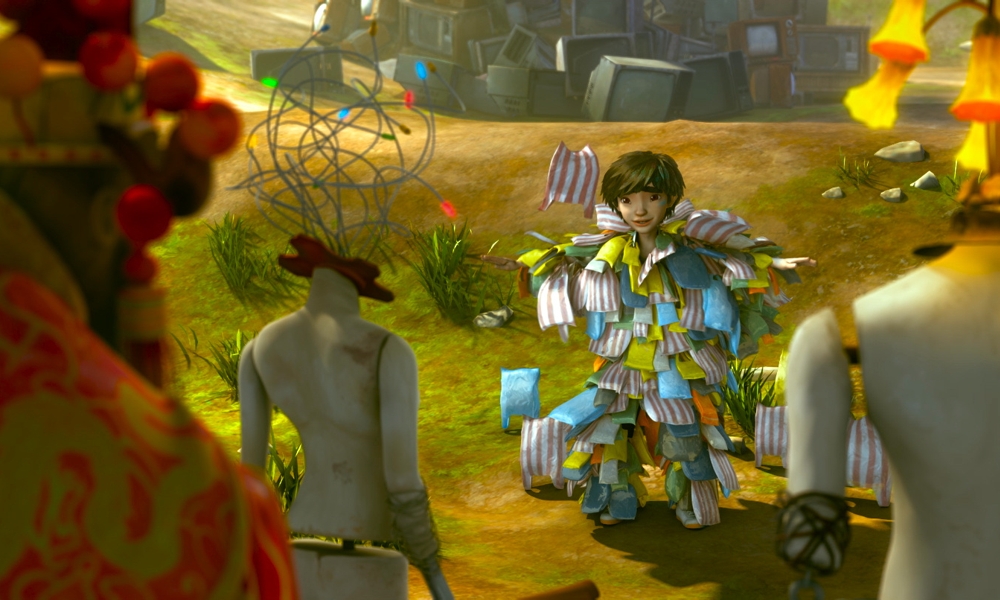 The 28th Stuttgart International Festival of Animated Film has outlined its feature film focus AniMovie competition. Complementing its broad short film lineup, the 2021 Festival will show a diverse selection of animated feature films for young and old, including many German debuts and even an international premiere! There will also be exciting making-of talks and virtually glamorous digital galas for the opening and the award ceremonies, live streaming online.

The AniMovie competition offers a great diversity of themes and countries of origin in a pleasing variety of techniques. An international premiere in Stuttgart will be City of Lost Things (Yee Chih-Yen, Taiwan 2020), in which 16-year-old Leaf meets Baggy, a 30-year-old plastic bag, and together they have to fight the dreadful army of the Armors. Strike (Trevor Hardy, U.K. 2019), a German premiere, tells the story about Mungo Morrison, a young mole who secretly dreams of becoming a professional footballer. In Calamity (Rémy Chayé, Denmark/France 2020), 12-year-old Martha Jane on her way to the Wild West has to take charge of her siblings and, after a theft, find proof of her innocence.

Another German premiere celebrates Petit Vampire (Joann Sfar, France/Belgium 2020): Little Vampire dreams of going to school to meet other kids. Unfortunately, his parents won’t let him leave the mansion! Accompanied by his trusted bulldog Phantomato, Little Vampire secretly sneaks out on a quest for new friends. In the Ger- man premiere of You Animal! The Nimfa Dimaano Story (Avid Liongoren, Philippines 2020), a perfume saleskitty experiences amorous-trashy adventures with two men before she emancipates herself from the male world to do her own thing. 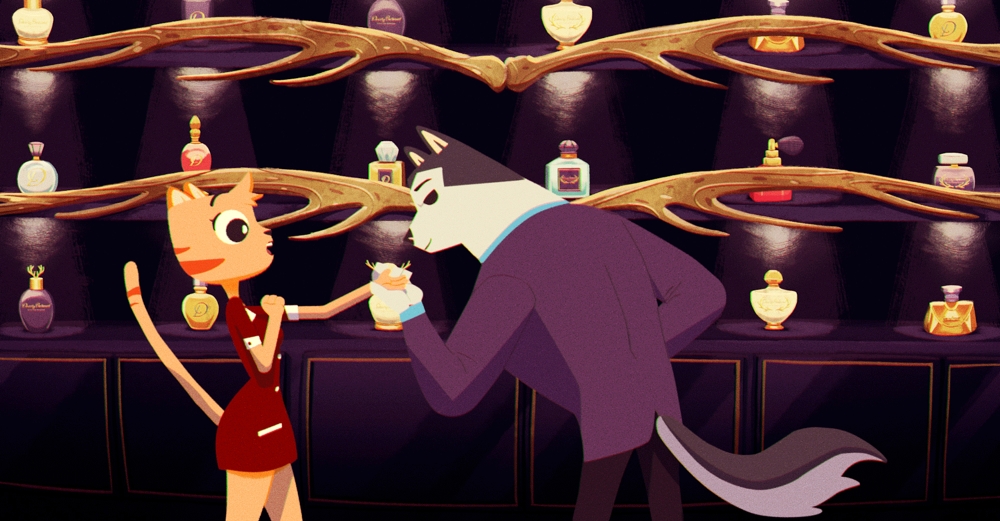 In the AniMovie special program, two top-class French feature films will also be screened – in keeping with the Festival’s country focus on France. The AniMovie Award winner of the ITFS 2020 The Prince’s Voyage (Jean-François Laguionie, Xavier Picard, France/Luxembourg 2019) tells the story of an old prince who runs aground on an unknown shore. Injured and lost, he is found by young Tom and taken in by his parents, two scientists who have been exiled from their community because they dared to believe in the existence of other monkey civilisations. In Raining Cats and Frogs (La prophétie des Grenouilles) by Folimage founder Jacques-Rémy Girerd (France 2003), it rains 40 days and 30 nights – the world has experienced a flood like this before, and now it’s happening again. The frogs, having prophesied the approaching catastrophe, attempt to warn the humans.

Already confirmed for the free ITFS live stream are the feature-length films Die kleine Zauberflöte (Curt Linda, Germany 1997) – the animated adaptation of the Mozart operetta about the adventures of Prince Tamino and his companion Papageno, who set out together into the realm of day to free the beautiful Pamina – and Lisa Limone and Maroc Orange – A Rapid Love Story” (Mait Laas, Estonia 2013), the fruitier version of Romeo and Juliet as an operatic extravaganza.

Tomm Moore and Ross Stewart’s Oscar-nominated film Wolfwalkers (Ireland/Luxembourg/U.S.A., 2020) unfortunately can not be shown online at the festival. But, director Tom Moore will give insights into the film in a lecture, followed by a Q&A (Friday, May 7, 5 p.m., OnlineFestival Pro). David Silverman, a longtime friend of ITFS, is back online as well to talk a bit more about The Simpsons and a lot more about Extinct, the new film he directed over the course of 2018 to 2020. This new film was written by Simpsons writers Joel H. Cohen, Rob Lazebnik and John Frink, and co-directed by show colleague Raymond Persi. It concerns a hitherto unknown species – Flummels. Silverman will present behind-the-scenes production material and discuss the process of bringing this charming film to the screen (Saturday, May 8, 6 p.m., OnlineFestival Pro).

One of the free presentations accessible on OnlineFestival Pro covers The Last Whale Singer, an animated feature film project by Telescope Animation Studios that tells the epic story of a teenage humpback whale who must face his fears and summon a mystical song to save the oceans from destruction by a monstrous creature. In the webinar, Reza Memari (director & writer) and Maite Woköck (producer), both CEOs and founders of Telescope, will share their insights and findings on the development and financing of this ambitious project, which in addition to the feature film also includes a TV series and a game (Monday, May 3, 3 p.m.). 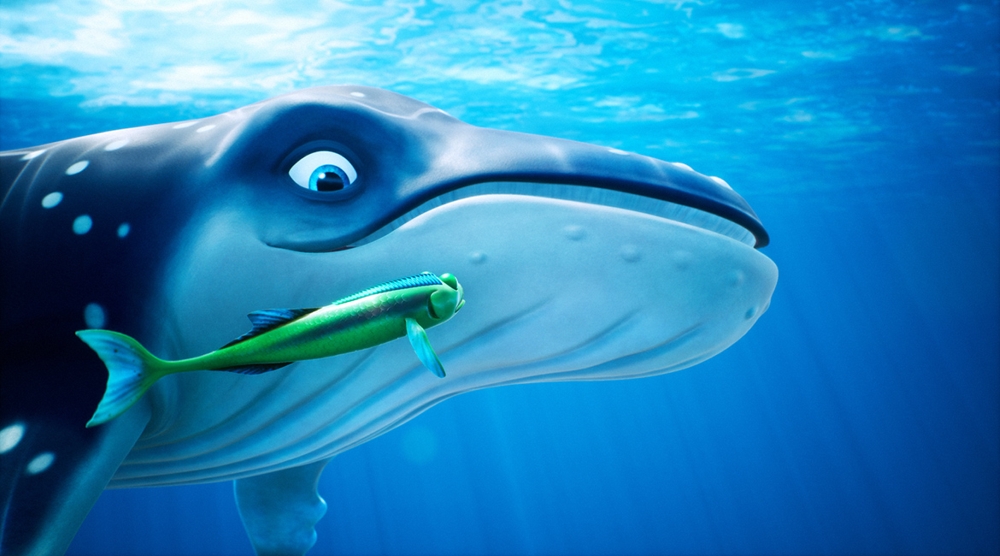 The ITFS opening gala and award ceremonies can be followed live via the ITFS studio stream at Online Festival+. At the opening (Tuesday, May 4, 7 p.m.), well-known TV presenter Markus Brock and the self-declared “stage hog” Franziska Glaser will present the highlights of the 2021 Festival program. The makers of the competition films, which will be shown during the opening, will be connected live. Guests will either be digitally connected or live in the studio and include Winfried Kretschmann, Prime Minister of the Federal State of Baden-Württemberg, and Frank Nopper, the new Lord Mayor of the city of Stuttgart. At this year’s Tricks for Kids awards ceremony (Saturday, May 8, 7 p.m.), the children’s jury will present their winners of the day and the winning film from the Tricks for Kids short film competition, while Alexander Merk peppers his magic tricks throughout the colorful show. On Friday, May 7, 6 p.m., the winners of the German Animation Screenplay Award, the Animated Games Award Germany and the Trickstar Business Award will be honored in the joint Trickstar Professional Awards Ceremony, hosted in English by Anja Lange.

At the Awards Ceremony of the Stuttgart International Festival of Animated Film 2021 on Sunday, May 9, 7 p.m., the winners of the film competitions (FANtastic Award, SWR Onlinefilm Audience Award, AniMovie, Trickstar Nature Award, Young Animation, Lotte Reiniger Promotion Award for Animated Film and the Grand Prix) will be honored in a ceremony hosted by Brock and Glaser. Studio guests include State Secretary Petra Olschowski and Stuttgart’s Mayor Fabian Mayer.

The ceremony for the New World Classic Animation Award, which is aimed at animation students and graduates at international institutions of higher education for film, art and the media and honors the best use or implementation of music in an animated short film, can be viewed in the free ITFS live stream (pre-recorded, Sunday, May 9, 5 p.m.).

An overview of the full ITFS schedule is available at www.itfs.de/en/events.

Registration for the ITFS OnlineFestival and more info available at www.itfs.de/en. 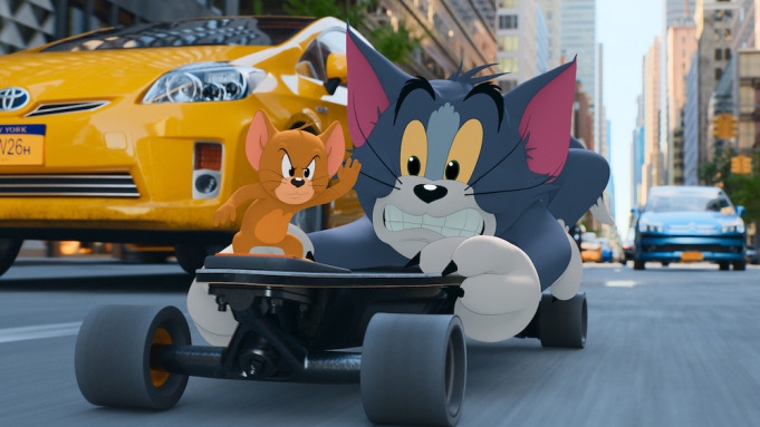 Tom and Jerry (Warner Bros., 2021) sees two of the world’s most famous cartoon characters tumbling into our own 3D world. Working across 1,165 shots, some 600 VFX artists and 100 animators were presented with the challenge of staying true to the classic 2D Hanna-Barbera characters the world knows and loves while enabling them to live, breathe and brawl alongside a human cast. Framestore’s Michael Eames, Arslan Elver, Kayn Garcia and Andy Kind will talk about the complexities of this unique hybrid feature, which demanded classic 2D animation craftsmanship and cutting edge VFX to allow the two worlds to seamlessly co-exist.

The Concept Art track at FMX 2021 curated by Patrick Hanenberger (Production Designer & World Builder, THE NEULAND) presents a series of speakers who are incredibly talented concept designers who use their illustration skills to convey complex ideas in a powerful way: Rachel Tiep-Daniels from Tonko House, production designer of The SpongeBob Movie: Sponge on the Run and art director on the upcoming Netflix series ONI, will look at a cross section of her career journey. Being one of the first 3D concept designers and visual development artists, she has always been a trailblazer in feature animation and set a path for other artists to move outside the box. Visual development artist Griselda Sastrawinata-Lemay’s presentation “Storytelling through Costume Design“ will spotlight some of her favorite designs for Walt Disney Animation Studios, focusing on her inspiration and approach to costume design. Céline Desrumaux, award-winning production designer from Netflix Animation, will talk about designing the American-Chinese computer-animated musical family fantasy film Over the Moon. 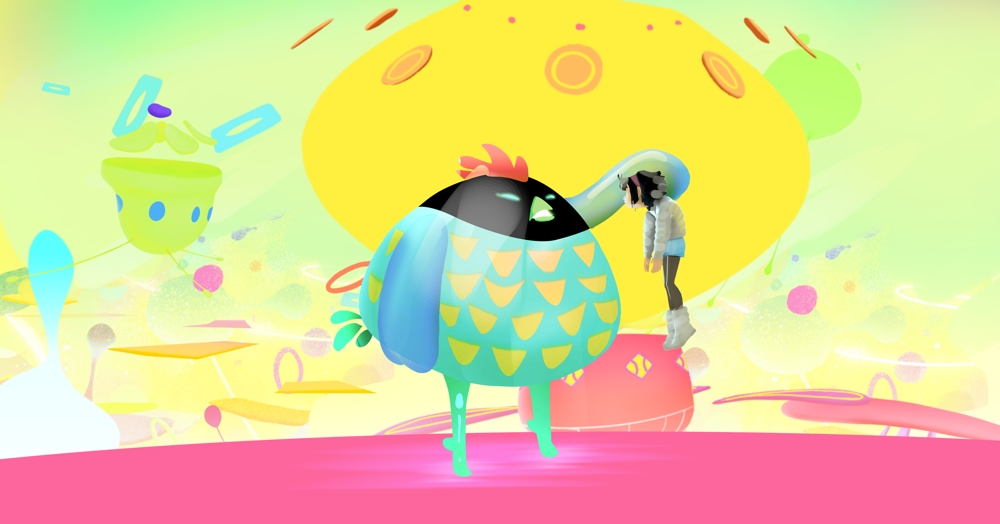 Over the Moon concept artwork by Céline Desrumaux.

FMX 2021 kicks off with a live opening broadcast from The Studio, May 4 at 10:30 a.m. CET. Look forward to a brief and vivid introduction of the theme “Reimagine tomorrow” and a short overview of what you can expect from the next few days. The opening will be presented by former MTV Europe VJ, moderator and journalist Kimsy von Reischach, who will be hosting The Studio programming throughout FMX 2021. The program will focus on Baden-Wuerttemberg as Germany’s top location for animation and visual effects by highlighting the work of some of its most important studios and talents: