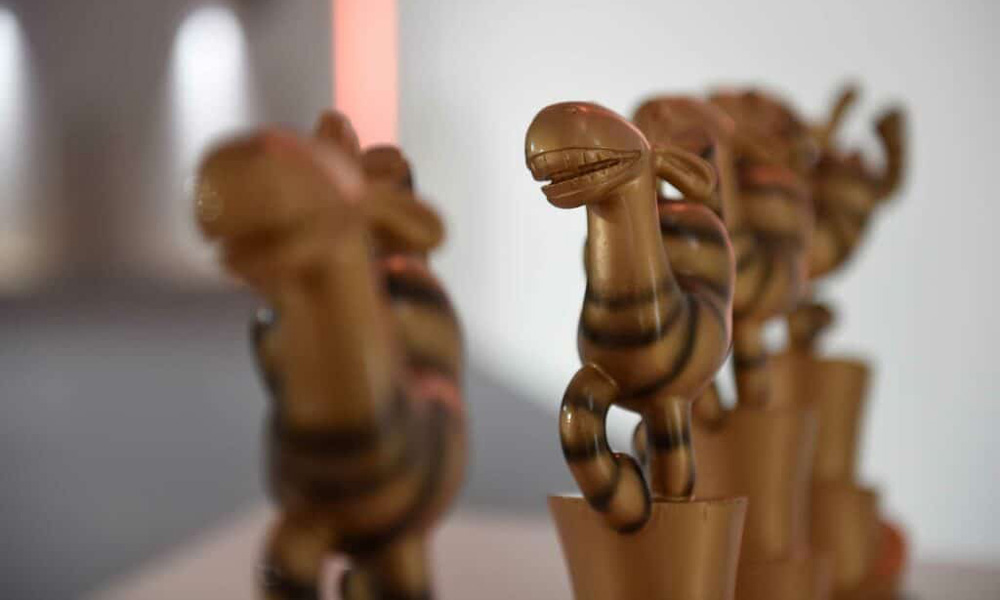 The German Animation Screenplay Award honors the best screenplay for an animated feature film. The Award comes with prize money of €2,500 sponsored by Animation Media Cluster Region Stuttgart (AMCRS). The aim of the award is to contribute to the improvement of content quality and to underscore the importance of professional screenplay writing and the creation of attractive films. The 2021 prize goes to Butterfly Tale by Heidi Foss and Lienne Sawatsky (Ulysses Filmproduktion GmbH, CarpeDiem).

Jury statement: “Butterfly Tale introduces us to the microcosmos of the monarch butterflies, one of the most beautiful butterflies in the world, which unfortunately is increasingly threatened by climate change and crowing cultural landscapes. It is a story about the courage not to give up despite supposed handicaps and to fight for one’s goals. Also, it addresses the threat of environmental destruction by humans without a moralizing undertone. An adventurous coming-of-age story is told with a lot of dialog humour, which shows us how challenges can become opportunities.”

A Special Mention goes to The Girl in the Flying Washing Machine by Danielle Bouteille/Daniel Reittinger (Austria). 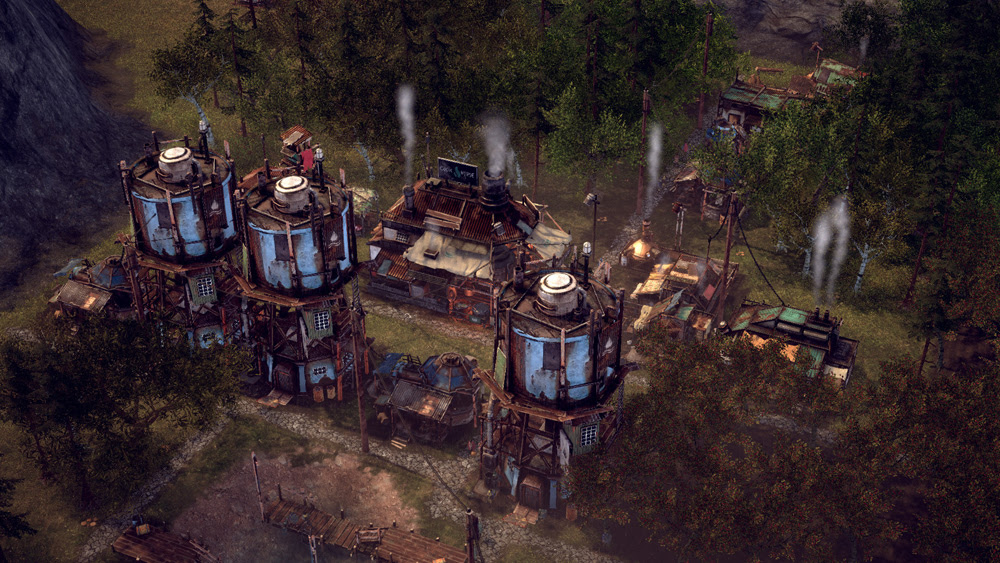 The Animated Games Award Germany is awarded to the German computer game which stands out from competition by its special visual design and aesthetics. The jury pays particular attention to artwork, imagery and character design. The award’s objective is to strengthen the interlinking of games and animated film as regards content, as well as promote the artistic quality of games. The award is sponsored by the MFG Medien- und Filmgesellschaft Baden-Württemberg and comes with prize money of €5,000. Presented for the fifth time, this year’s winner is Endzone – A World Apart (Gentlymad Studios/Assemble Entertainment), a survival construction game in which the players build a new civilisation after a nuclear catastrophe.

Jury statement: “The strategy-building game by the Wiesbaden-based studio Gentlymad is characterised by numerous visual details as well as technical features that allow good accessibility despite complexity. The jury is amazed by such a complex work, that sums up to a whole in both micro and macro aspects. Every aspect of the game contributes to the atmosphere, from the delicate swaying of trees up to massive thunderstorms. Due to the multitude of playful possibilities and the steadily increasing level of difficulty, players are challenged above all strategically. Different scenarios also offer various narrative approaches, which are reinforced by the character design. The result is an willful, yet a varied strategy-building game with survival characteristics — that is convincing both — on the gameplay and visual level.”

A Special Mention goes to Lost Ember (Mooneye/Sinikka Compart), in which the players are immersed in a world where nature has reclaimed the ruins of an ancient culture.

The Trickstar Business Award is the world’s first animation prize with an explicit focus on business and awards companies and projects characterized by an innovative and groundbreaking business approach. The prize is sponsored by Verband Region Stuttgart and endowed with €7,500 prize money. The winner is Mitmalfilm UG and producer/filmmaker Uli Seis.

Jury statement: “This year the jury of the Trickstar Business Award is pleased to reward Mitmalfilm UG, for the company perfectly embodies the Award’s core. Mitmalfilm UG develops crossmedial animation that sparks creativity amongst children; a worthwhile purpose with a convincing business model behind it. Their documentation showed relevance to the market and business potential, as well as an innovativity and promise that the Trickstar Business Award stands for. Also, from the point of view of the industry, Mitmalfilm UG stood out amongst this year’s submissions. Their way of making animation accessible for children brings the medium even closer to new generations, and perhaps plants some seeds for future creators to be screened at ITFS. And lastly, the jury was taken by the company’s aim to find a commercial way to fund animated shorts.” 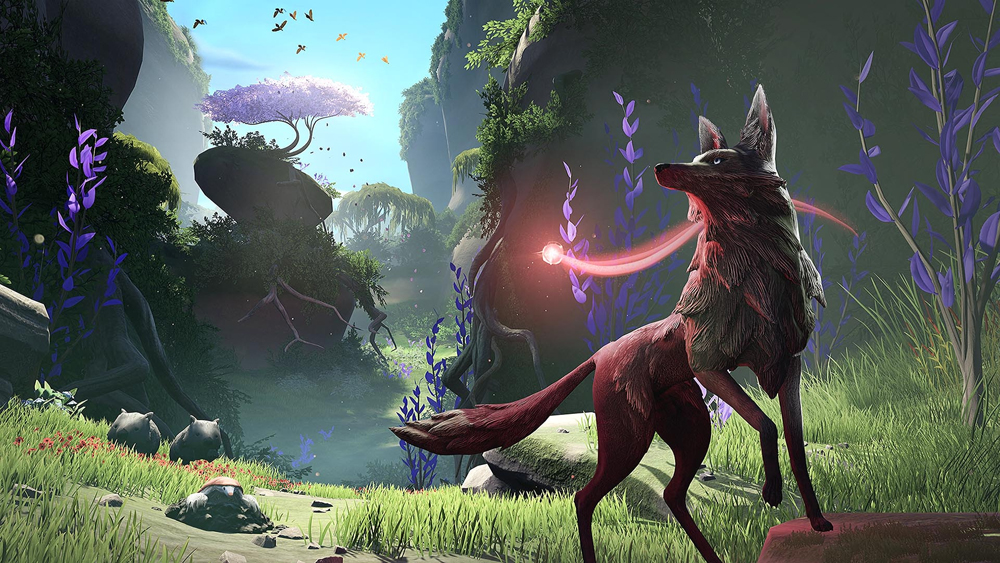 FMX 2021 came to a successful close Friday. The first online edition of Stuttgart’s Conference on Animation, Effects, Games and Immersive Media offered 178 presentations and 100 live Q&As, presented by 388 speakers, viewed by 2.200 participants from 45 countries. The three-day virtual event attracted the participation of 66 companies and schools to the FMX Forum, giving insights into their innovative products, services and curricula.

With its unique exchange of ideas dedicated to the central theme Reimagine Tomorrow, FMX 2021 has left a deep impression. It became clear that the future of the industry is promising, even though it has been disrupted in unprecedented ways. “We took this year’s theme Reimagine Tomorrow quite literally,” said Mario Mueller, FMX Project & Program Manager. “Together with our speakers and partners, we not only took a look at the future of entertainment but also reinvented FMX itself. We are very pleased that FMX was such a success, and that we were able to contribute to a profound exchange within the industry.”

“Conferences like FMX have always been vital to what we do, as they provide opportunities to learn from the industry and share stories that inspire new ideas,” commented Ingrid Johnston, Head of Production at Animal Logic. “Staying connected with our global film community is more important than ever and FMX’s virtual conference has made it more accessible to people, with the flexibility to attend sessions in your own time.”

The program featured iconic speakers like Victoria Alonso and Danielle Costa from Marvel Studios, and visual effects veteran Doug Trumbull. The audience gained insights into the latest state-of-the-art VFX projects such as WandaVision, Godzilla vs. Kong and Jim Button and the Wild 13. Wonderfully animated movies were discussed, for instance, Soul and Over the Moon. Breathtaking advances in cutting-edge technology were presented, covering topics like digital humans and expanded realities. All this made FMX a remarkable event for its audience of professionals and students from around the globe. 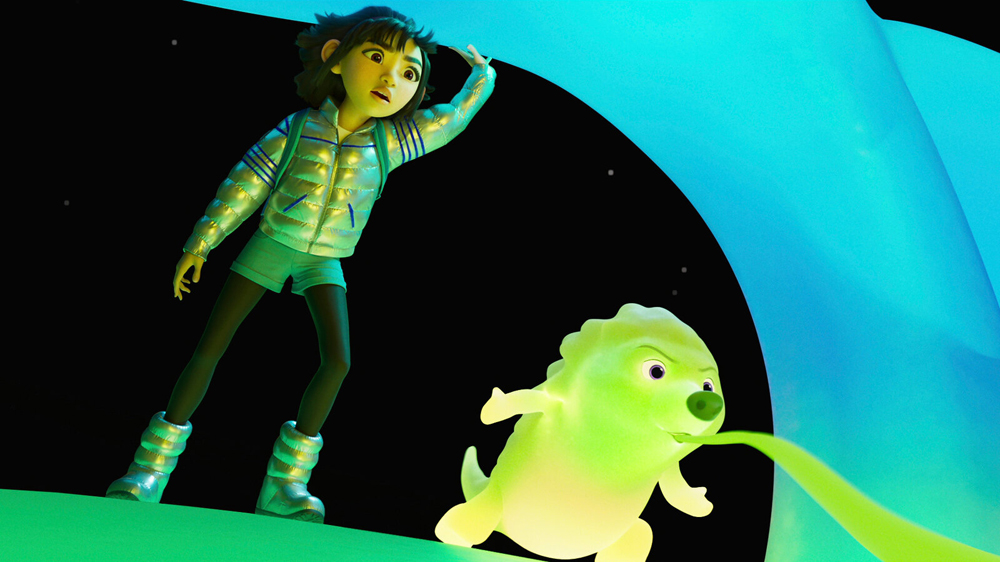 Keynote speaker Florian Gellinger, Co-founder and Executive Producer at RISE | Visual Effects Studios, said, “I’m eternally grateful to Mario Mueller and his team to make FMX 2021 happen, against all odds, and the way they adjusted to the current limitations was most impressive. Broadcasting from a beautifully designed studio and presenting an amazing line up of international speakers underlined the status of FMX as the most important CG conference in Europe and meeting point for professionals from around the world.”

Most of the conference sessions will be available on the digital FMX platform until July 31, 2021; for those catching up, tickets are still available to purchase in order to view the recorded sessions.

The 26th FMX will return in Spring 2022 — whether in Stuttgart or online.