The Stuttgart Festival of Animated Film (ITFS) will be opening its doors and presenting roughly 1,000 of the best animated films from around the world this April 23-28. ITFS this year has set an all-time record  by receiving over 2,200 film submissions for its nine festival competitions. Selected films will represent countries from across the globe from France to Japan to Malawi.

In addition to quality films and talks, there will be presentations by international film and art schools as well as animation studios like Constantin Films, Pixar and Aardman. The children’s festival Tricks for Kids will present recent films and series for young audiences and their families in the Mercedes-Benz Museum. And once again in conjunction with the FMX conference (April 23-26) also taking place in the city, the Animation Production Day will take place April 25 and 26.

Other special events this year will be a 20th festival edition retrospective, with 20 pioneers of the festival presenting 20 films from past editions of their choosing. The 50th anniversary jubilee gala for popular German cartoon characters the Mainzelmaennchen will also take place at the fest. ITFS is also planning special global industry explorations with looks at the development of animation in host country India, Africa and the Arabic world. Visit www.itfs.de/en for more information. 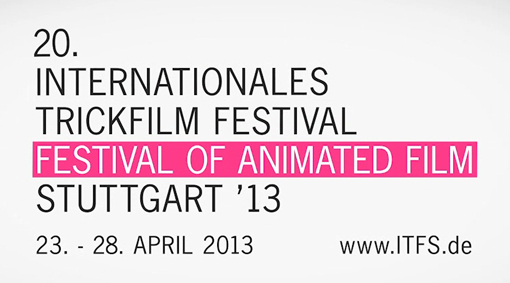 The Festival of Animated Film Stuttgart