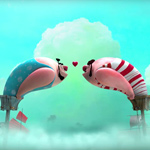 Kicking off next week in Germany, the 24th International Festival of Animated Film Stuttgart (ITFS) has already announced many of the exciting program highlights that its expected 80,000 attendees can expect this year. Over 200 events and 1,000 films are slated for the May 2-7 event, themed this year “Animation Without Borders.” Organizers have now revealed details of what visitors can find outside the screenings and enlarged GameZone.

“Based on the close cooperation between ITFS, Animation Production Day and our partner events FMX – International Conference on Animation, Effects, VR, Games and Transmedia as well as — new this year, with spotlight — Festival für Bewegtbildkommunikation (Festival for Moving Image Communications), we create a platform which is globally unique,” said Dittmar Lumpp, ITFS Director of Organization & Finances. “With our partnerships and by continuous development, we transform Stuttgart into the worldwide center for animation, visual effects and moving image communication at the beginning of May.”

Wall of Animation 2 opens April 25, once again tranfsorming the facade of the Breuninger flagship store on Stuttgart Markplatz. One significant innovation in 2017: the Wall now incorporates smartphone and tablet-compatible augmented reality enhancement app which brings a massive print from ITFS’s Pirate Smooch trailer to life. Visitors can explore the pirate world through the AR app and search for Trixi, the festival mascot, to win Breuninger vouchers to use in the store.

The Pirate Smooch AR experience is a cooperation of ITFS, Breuninger, LAVALabs (Dusseldorf/Stuttgart) and Lightshape (Stuttgart) — the two studios will make a presentation on this project and their shops during ITFS.

More pleasure can be found at the Open Air screenings, running throughout the festival from 2 to 10 p.m. in the Festival Garden at Stuttgart Schlossplatz. The new LED screen for 2017 offers updated viewing technology and is 25% larger — perfect for making the most of presentations of recent animated features.

On May 4 at 8 p.m. in the Renitenztheater, ITFS will present the German Voice Actor Award or Trickstar to the best original voice or dub artist in a feature-length film. The 2017 nominees are Alexandra Maria Lara for “Roswitha” in Sing, Friedrich von Thun for “Eitelfritz” in Rabbit School – Guardians of the Golden Egg, and Anja Kling for “Mathilda” in The Angry Birds Movie. Stuttgart’s oldest cabaret theater will also play host to the Animation Comedy award ceremony, complete lots of celebrities, animation and humor. The show is being MCed by cabaret artist Bernd Kohlhepp, who will be joined onstage by comedian Dodokay for a live Swabian dialect dubbing of Italian cartoon Signor Rossi — in front of its creator, Bruno Bozzetto. (Tickets at www.renitenztheater.de)

As previously announced, a joint industry awards ceremony will be held on May 5 at 6 p.m. at the L-Bank Rotunda, covering the new Trickstar Business award, Tricks for Kids Series Award (sponsored by REED MIDEM/ MIP Junior) and German Animation Screenplay Award (sponsored by Telepool). This year’s screenplay nominees are The Journey of the Elephant Soliman by Juliette Alfonsi and co-author Matthias Drescher, and elf adventure Die Heinzels – Rückkehr der Heinzelmännchen by Jan Strathmann — German actor and voice artist Katharina Spiering will read excerpts from the winner.

The 2017 ITFS will also celebrate the intersection of music and animation with a series of special events, joining the already revealed theater/animation/live-music production of Paul Barritt’s Cat and Mouse (1927 Theatre Company/Village Underground) and Opera & Animation presentation of Vincenzo Bellini’s The Sleepwalker (Stuttgart Opera). These include the Animated Music Videos program in collaboration with jazzopen stuttgart, and evening jams at Café Le Théâtre.

Students of Filmakademie Baden-Württemberg and young tenor Daniel Kluge have collaborated on Tod der Fruchtfliege (Death of a Fruit Fly), which will also screen in the matinee Opera & Animation program. And, on May 6 at 7:45 p.m., musicians from the Ziryab-Akademie für Weltmusik (World Music Academy) will join Syrian-Armenian performance artist and animator Kevork Mourad for a live piece in which he creates drawings which are then projected onto a screen and turn into animation.

Complete details can be found at www.itfs.de. 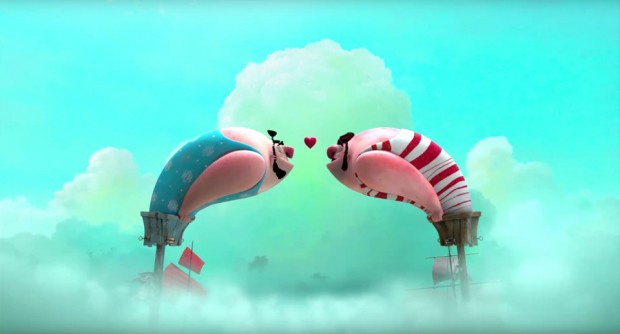