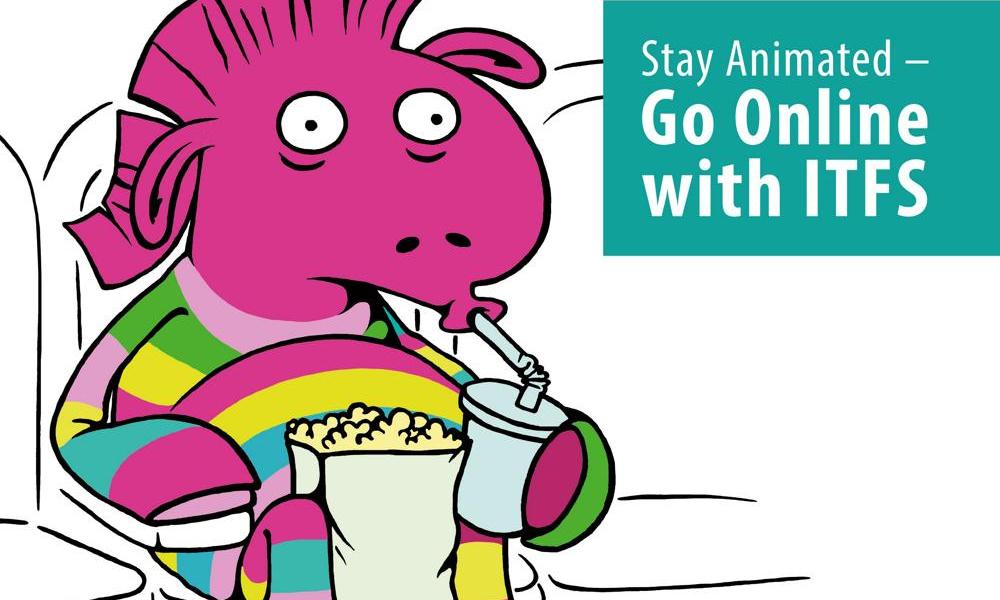 Due to the spread of the coronavirus, the 2020 Stuttgart International Festival of Animated Film (ITFS) cannot take place in its usual Stuttgart Schlossplatz cinemas or other cultural venues. So, finding a creative solution to bring that Festival feeling to stay-at-homes in Stuttgart and around the world, ITFS invites animation lovers to the OnlineFestival.ITFS.de from May 5 to 10 — true to the motto, “Stay Animated – Go Online with ITFS.”

“The new, digital format will be a brand new, virtual experience for our guests and us alike,” said Ulrich Wegenast, ITFS Artistic Managing Director. “With many video statements and live interviews as well as talks and panels we want to create a completely new kind of Festival feeling. This and our exclusive programme of films, some of them previously unreleased, is what makes the OnlineFestival.ITFS.de with its various sections so special, and what distinguishes it from the usual streaming platforms.”

Every year, the Festival’s large open-air area on Stuttgart Schlossplatz is the center of ITFS. The OnlineFestival offers a digital alternative through free live streaming; a daily mix of moderated interviews, live panels and short films. Highlights include the Festival opening on Tuesday evening (May 5) and the film competition awards ceremony on Sunday evening (May 10). Certain parts of the Festival program, such as the curated Animated Music Video program, will also be available on this section’s playlist free of charge, along with editorial texts including comments and guest editorials.

The free GameZone offers a selection of game options and related tips for children and adults as well as digital educational games; it also presents game academies and studios as well as the nominees for the Animated Games Award Germany 2020. In addition, workshops and lectures are available for live streaming. 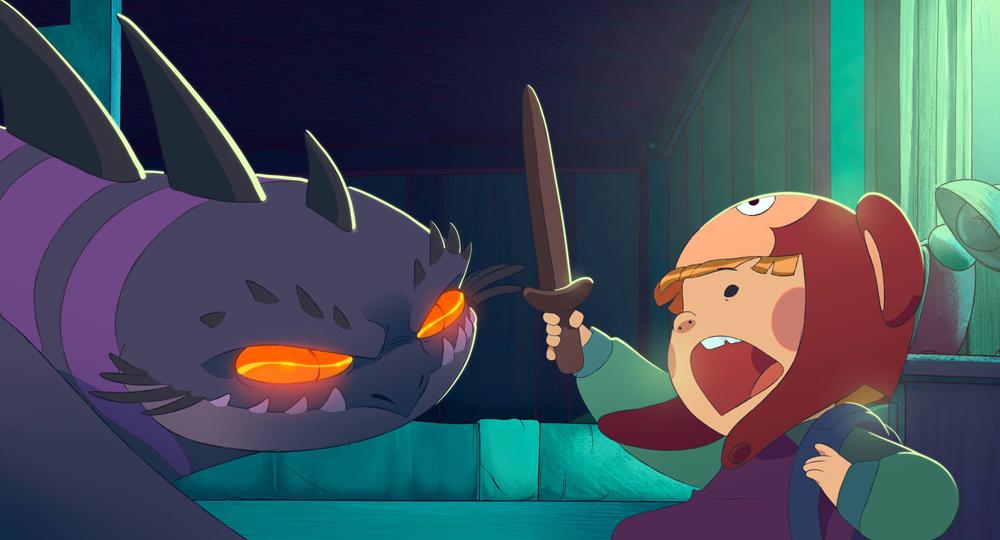 OnlineFestival+: On-Demand Streaming of Current Films in Competition OnlineFestival+ is the platform for all fans of animated film, offering a selection of films from the current Festival competitions — International Competition for short films, Young Animation, Tricks for Kids, Trickstar Nature — as well as feature films chosen from the AniMovie competition, along with some of the best animated films from the past few ITFS editions (a total of more than 250 shorts and features). Filmmakers will provide viewers with an insight into their work and further info on the films in video statements. Selected Tricks for Kids films will be available along with media-educational material for children.

“At this specific time, it is of particular importance to establish a platform for the filmmakers, so as to provide visibility of and audiences for their creative and artistic works,” Dieter Krauß, Commercial Managing Director of Festival organizer Film- und Medienfestival gGmbH, pointed out. “At the same time, our fans can enjoy many artistic, animated films, if only at home this year for once. However, it is still important to us to organize a Festival for joint cinema experiences and opportunities for personal exchange again next year.”

The feature films include one premiere: The touching film A Costume for Nicolas by Eduardo Rivero (Mexico, 2019), about a 10-year-old boy with Down syndrome. Every year, his mother made him a costume for his birthday – until she died.

In addition, Zero Impunity by Nicolas Blies and Stéphane Hueber-Blies (France / Luxembourg, 2018) from the current AniMovie Competition will be shown: An animated, artistic documentary that gives victims of war crimes, social workers and activists a voice — from Syria to Ukraine, the African continent and the U.S.A. A real cult film is the feature-length Mary & Max by Adam Elliot (Australia, 2008) — a mixture of Wallace & Gromit and Harold & Maude, this warmly received clay animation will also stream at OnlineFestival+. With wit and warm-heartedness as well as a sharp eye for detail, the story of two deeply sad characters who find joy in life through their friendship with each other unfolds. 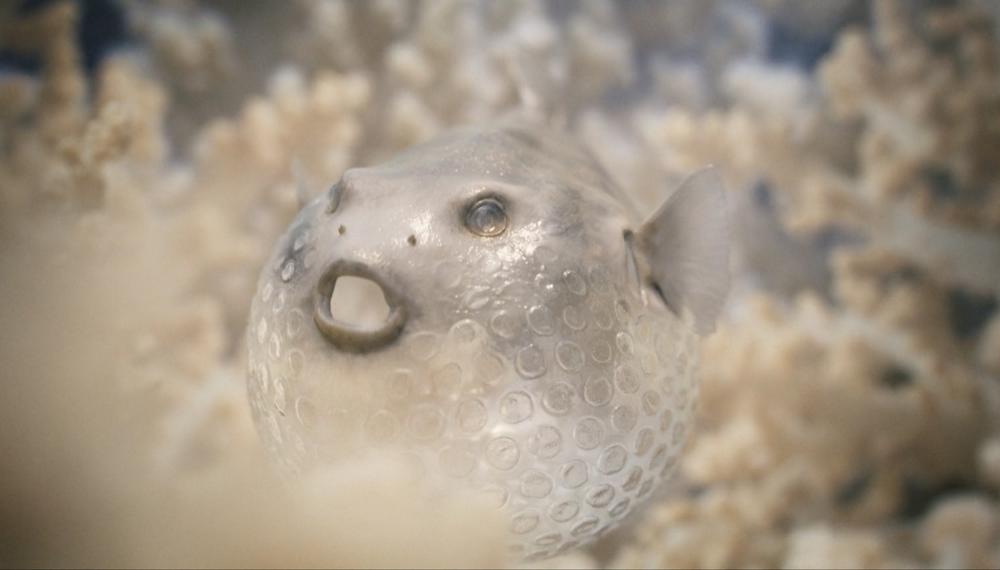 The international spectrum of the films and the variety of their topics reflect the usual high quality of ITFS programs: From VES Award winner The Beauty (Pascal Schebli, Filmakademie Ludwigsburg, Germany, 2019) and Tomek Popakul’s ACID RAIN (Poland, 2019) as well as the Illlogic collective with Maestro (France, 2019) to renowned studios such as Tumblehead Animation with Tales from the Multiverse (Magnus Møller, Mette Tange, Peter Smith; Denmark, 2019) and well-known filmmakers such as Konstantin Bronzit with He Can’t Live without Cosmos (Russia, 2019) – the International Competition impresses with entertaining animated shorts of high artistic quality.

Films like Ron Dyens’ Melting Heart Cake (France, 2019) and Verena Fels’ Tobi and the Turbobus (Germany, 2019) in the Tricks For Kids competition section will also make the hearts of animation fans leap.

The new Trickstar Nature competition category presents films dealing with nature and the environment and includes works by well-known studios such as Folimage with Northern Lights (France, Switzerland, 2019) and the short film POLARBARRY – LET’S BREAK THE ICE!! VLOG#207 by Wouter Dijkstra (Netherlands / U.K., 2019).

OnlineFestival Pro provides industry members and professionals with access to master classes including one held by Benjamin Renner, and to professional talks and links to the Animation Production Days (APD), Germany’s most important co-production and financing market for animation. In addition, OnlineFestival Pro gives professionals (buyers, TV representatives, curators, etc.) the opportunity to access the Animated Video Market and view the major part of films submitted to this year’s ITFS (around 1,900 films), and thus a unique overview of current animation productions. 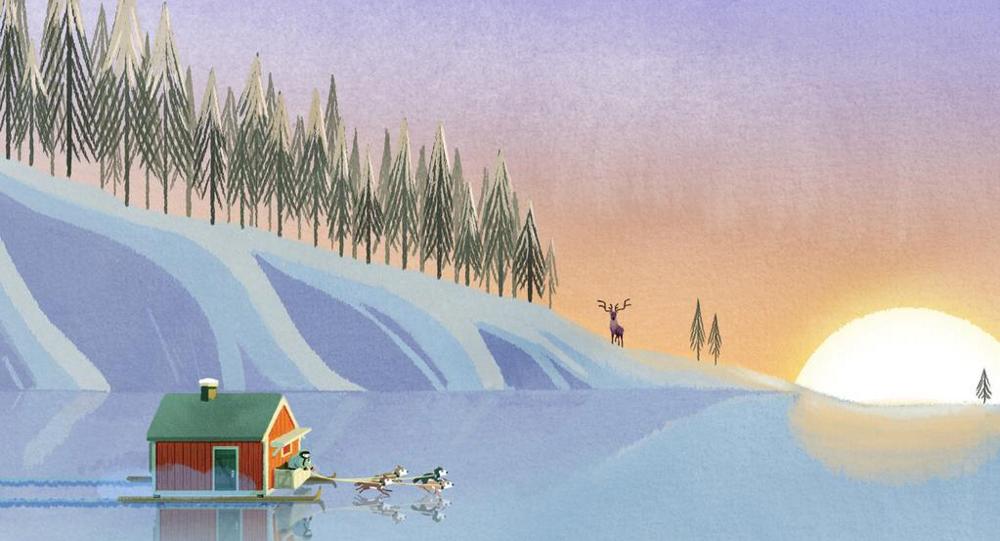