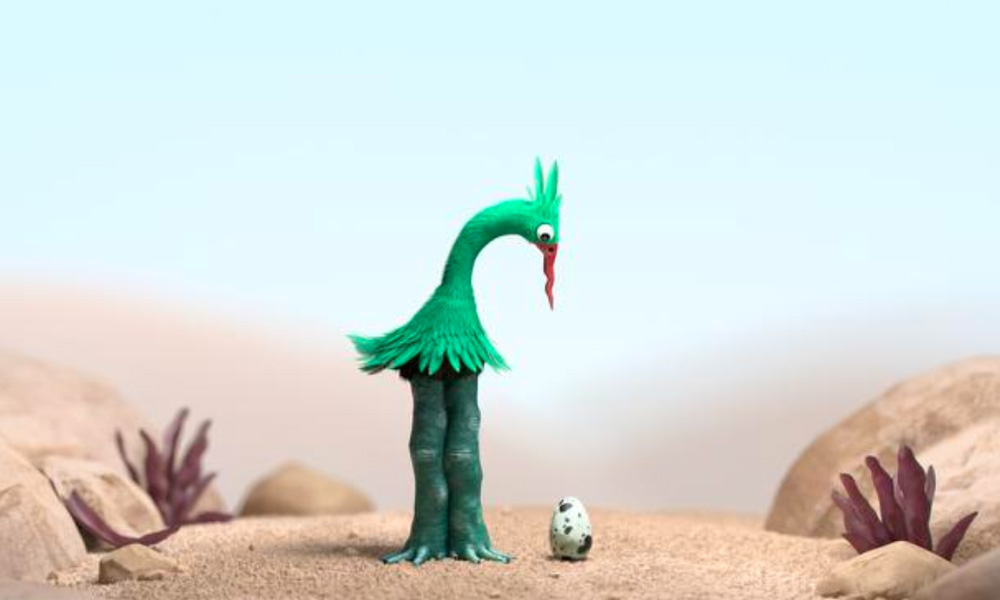 When Student Academy Award winners accept their medals each year, you can see the future of animation reflected in their faces. These fledging artists all share the nerve-wracking challenge of actually saying aloud “I’d like to thank the Academy…”

This year, at the 45th Student Academy Awards, the animation medalists from U.S. schools will share another similarity — all are women. Hanna Kim, currently a fourth year student at the California Institute of the Arts, created the witty 2D toon Raccoon and the Light. Eaza Shukla, a recent graduate of the Ringling College of Art and Design, animated the surprising 3D short Re-Gifted, while USC M.F.A. animator Yu Yu delivered Daisy, a mysterious stop-motion tale about a young girl and her robot friend.

In Raccoon and the Light,” Kim’s hand-animated aFnimal discovers a flashlight dropped in the woods, and his nocturnal antics are hilariously funny. “I wanted to make a film like a storybook,” explains Kim, a South Korea native who counts among her goals illustrating a children’s book. A process of trial and error led Kim to settle upon making a raccoon her star. “Raccoons have nimble fingers and are curious by nature, which I thought would be perfect.” When her raccoon accidently flips the flashlight’s switch to the ‘on’ position, his fun begins.

During its nearly four-minutes’ running time, Raccoon and the Light follows the curious critter playing with the flashlight as he explores a dark forest. Kim did the majority of the work herself, though she enlisted fellow students to color some animation, and utilized a sound designer from France. She knew her efforts had succeeded when her film was screened at L.A.’s Director’s Guild theater as part of public broadcasting’s Fine Cut Festival. “People were laughing out loud,” Kim recalls. “It was fun!” 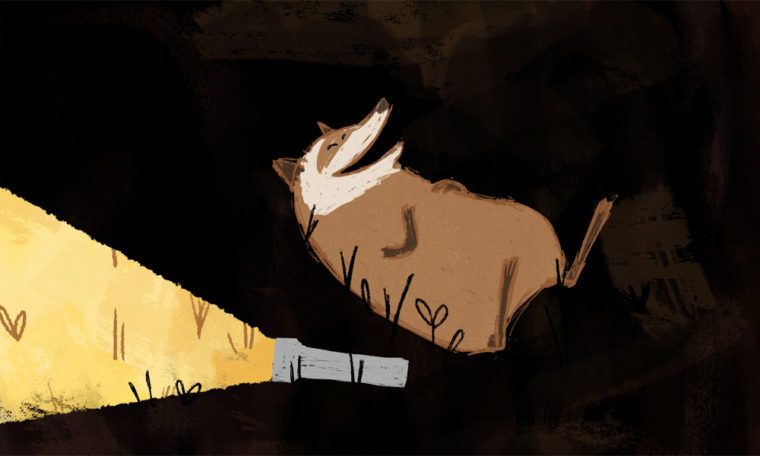 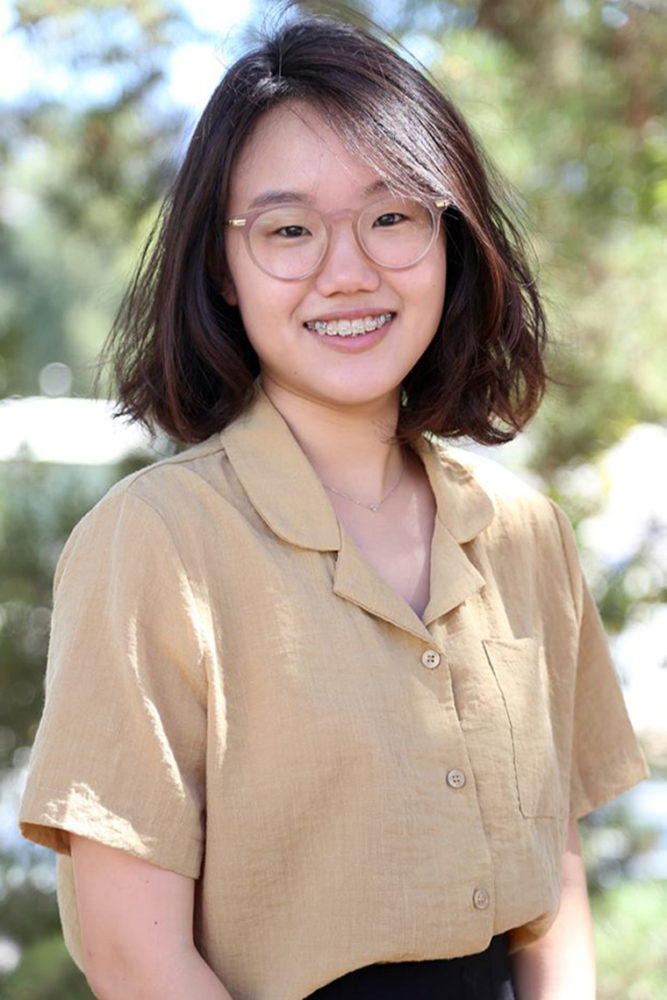 Her toon raccoon gets laughs by creating shadow puppets using the flashlight’s beam, and ironically, shadow puppet imagery appears in Yu Yu’s Daisy as well. But the circumstances couldn’t be more different. The stop-motion Daisy depicts a post-apocalyptic world where a small girl has a robot as her protective companion. Huddled together in a bomb shelter, the pair entertains themselves casting shadow puppets on the wall. It’s a moment of lightness in an enigmatic tale where time shifts back and forth, and the girl is imperiled by dark forces.

Daisy runs nearly 10 minutes long, and it took Yu a year to fabricate her cast of puppets and animate them. “There are no shortcuts in stop motion,” she observes. “You need lots of practice and experiments.”

Especially striking is the film’s lighting, and Yu employs a range of gold and blue tones that provides clues to what is ‘real’ vs. what exists in memory. “I love to do lighting,” she asserts. “It is painting with light.”

Yu is currently working in L.A. as a freelance stop motion animator, and is planning another short film. But she’s also dreaming big. “I’d love to have my own studio in Taiwan some day and make more independent films.” 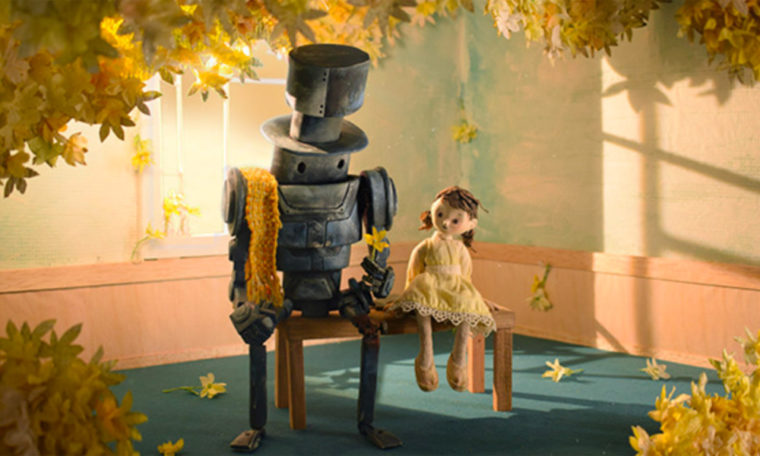 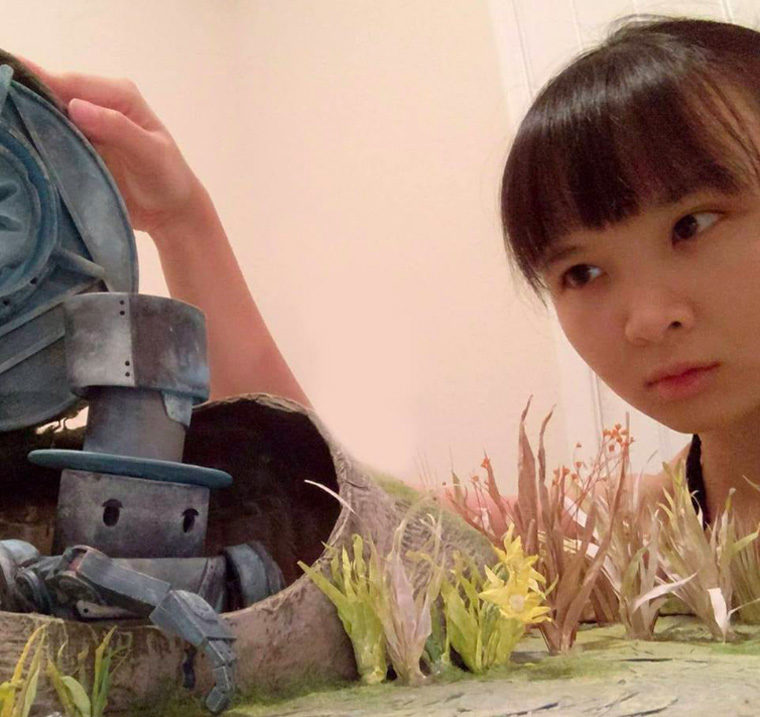 Poignancy is also key part of the surprisingly emotional animated short Re-Gifted, which follows the journey of a knick-knack that gets passed from hand-to-hand. The egg-shaped tchotchke, which is painted a gaudy purple with gilt trim, is the ultimate candidate for re-gifting. Despite the hopeful look in the object’s eyes every time a new recipient opens its gift box, the egg ultimately ends up on a thrift shop shelf. It is there that the object ‘decides’ it has had enough, and makes a fateful decision. What caps Re-Gifted is a truly unexpected ending — one that reminds us not to judge something based on its outward appearance.

Ringling graduate Eaza Shulka recalls that the idea for Re-Gifted came to her over a Christmas break — the season when gift giving takes center stage. “It just popped into my head. I thought about what it might feel like to be re-gifted. What would that rejection feel like for the object itself?”

Shulka, whose ultimate goal is to work in feature film animation, admits, “It was hard to get the tone just right. But once the story was written down, everyone got it.” While her film’s ending was both surprising and sad, her fellow classmates were adamant that she not change it at all.

Shulka spent her entire senior year producing the two-minute, CG-animated film. While many Ringling animation majors work on collaborative projects, Shulka tackled Re-Gifted on her own. Her major outside assistance came from a French music composer whose work she discovered online. Their collaboration proceeded by swapping ideas back and forth over the internet. As she notes, “We never even talked on the phone.”

Of course Shulka will have to speak when she takes the stage at the Academy to accept her medal for Re-Gifted. Like the two other U.S. animators competing this year, she won’t know until the awards ceremony whether her film will earn the Gold, Silver or Bronze medal. She admits, with a laugh, “I haven’t practiced a speech yet … but I’ve been thinking about it!” 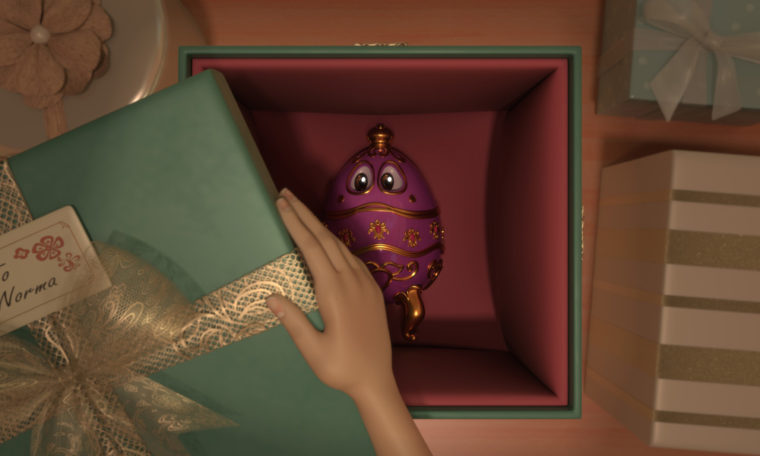 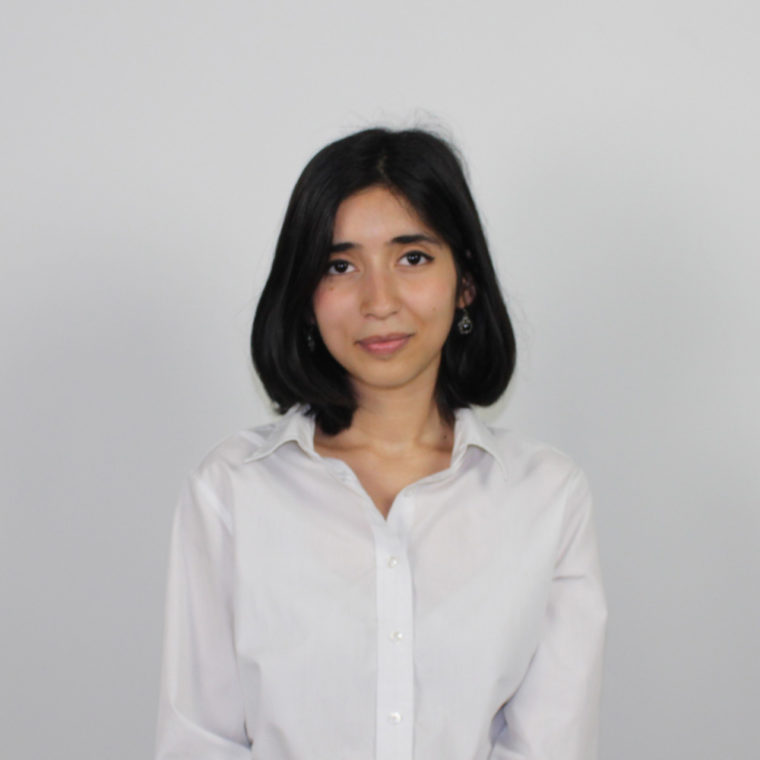 Those who follow animation education are not surprised when Student Academy Award honors go to artists from well-known U.S. institutions like Cal Arts, Ringling and USC — as they did this year. But in recent years, the Academy has begun bestowing a Gold Medal for animation from schools abroad, and we’re seeing the emergence of a strong awards contender in the MoPA School of Computer Animation.

Since 2015, the school has been the modern incarnation of the famed CG college Supinfocom in Arles, France. Just last year, a group project from MoPA called The Garden Party even earned an Oscar nomination for Best Animated Short Film. (And that could happen again, as all Student Academy Award winners become automatically eligible to compete for an Oscar.)

This year, the prize for international student animation is going to a quintet of MoPA graduates for their CG animated film The Green Bird. The collaboration among Pierre Perveyrie, Maximilien Bougeois, Marine Goalard, Irina Nguyen-Duc and Quentin Dubois has produced a slapstick saga that follows the misadventures of an awkward bird. In classic comic fashion, the bird fights one obstacle after another to protect its egg until it can hatch.

After the student met at MoPA, co-director Maximilien Bougeois explains, “The group was formed around one drawing of this green bird. Everyone helped to give life and personality to this rare bird, and develop a story about it.” Clocking in at just under seven minutes, the film was crafted using a toolset that included Maya, ZBrush, Substance Painter and Nuke.

While The Green Bird has screened at festivals around the world, Bougeois notes, “Winning a Student Academy Award is a huge reward.” The Academy will permit all five collaborators to come to L.A. and participate in the awards ceremonies, and all plan to attend. Which is saying something, since they are all currently working at various studios around the world. Bougeois sums up their collective feeling by saying, “The team was pleased to win, but we all know that it’s not the end of something. We see it as the beginning of new adventures.”

Note: The Student Academy Awards took place on October 11th at the Academy’s Samuel Goldwyn Theater in Beverly Hills. Here is the final placement of the winners: 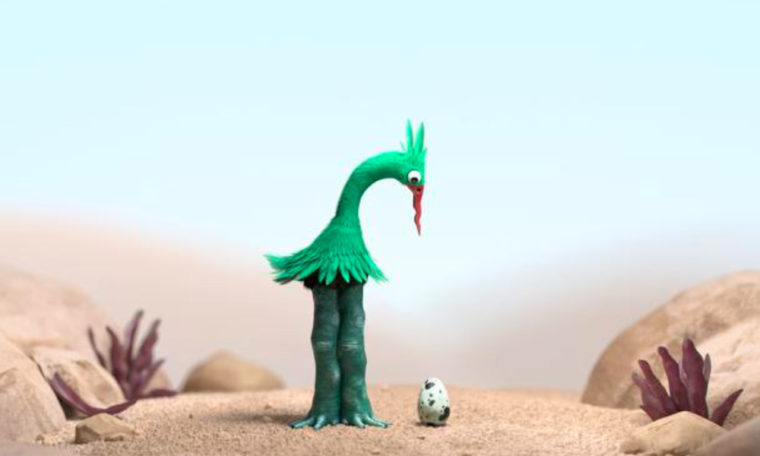 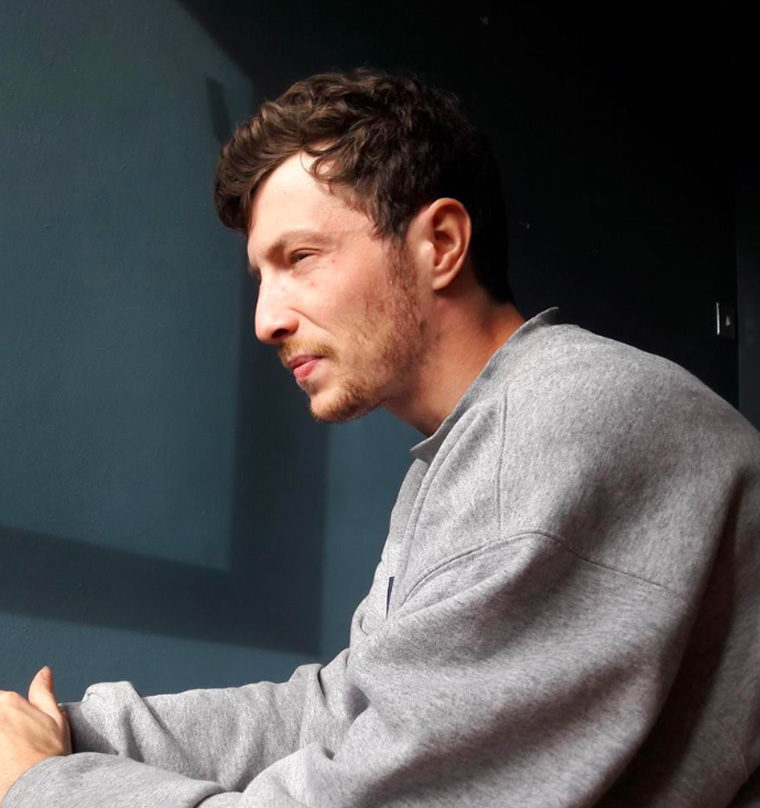