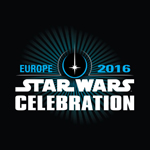 On Sunday at the Star Wars Celebration Europe event in London, the Future Filmmaker Panel gave attendees a bit of a clue about what to expect from the titles coming up from Disney-owned Lucasfilm, including the untitled “Episode VIII” and the “Han Solo” spin-off (now confirmed to be starring Alden Ehrenreich as the scruffy-looking nerf-herder).

Some of the tidbits dropped on the upcoming films:

+ Rian Johnson says “This movie [Episode VIII] is going to start right where the last one left off.” The director also listed his cinematic influences for the film, including Bridge on the River Kwai, 12 o’clock High, Gunga Din and Sahara.

+ The production code name for Episode VIII was “Space Bear.” Not likely to be the official title, sadly.

+ Phil Lord and Chris Miller have just relocated to London and are fine-tuning the Han Solo script, along with screenwriter Lawrence Kasdan (Force Awakens, Empire Strikes Back) and his son Jon Kasdan. The directors said they love the character because “he’s a grouchy, cynical guy with the biggest heart in the galaxy.”

+ Johnson has a cameo as a Death Star gunner in Rogue One (Dec. 16) — Lord & Miller got all dressed up on set, but didn’t make it into the final cut.

+ Over 3,000 aspiring space smugglers tried out for the role of Han Solo — which according to the directors was a big waste of money, since their man Ehrenreich was the first person who auditioned.

You can watch the full livestream coverage of Star Wars Celebration Europe on the official Star Wars YouTube channel, along with extra interviews from the event and much more Star Wars goodness. 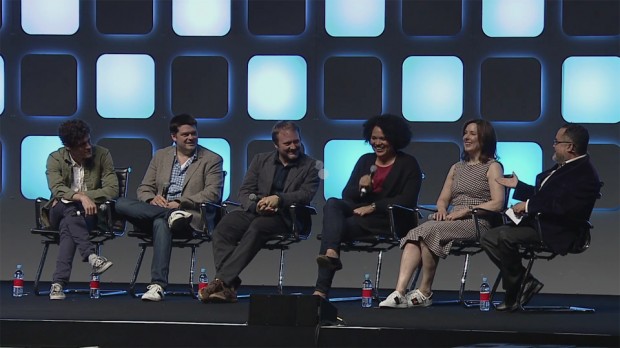