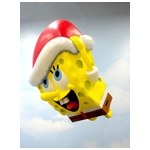 The SpongeBob SquarePants balloon will have a new look at next month’s 87th Annual Macy’s Thanksgiving Day Parade (Thursday, Nov. 28). Donning a holiday-themed ensemble for this year’s celebration, the Bikini Bottom balloon takes to the sky for his ninth consecutive procession down the streets of Manhattan.

The SpongeBob balloon design was re-imagined by Nickelodeon and the Macy’s Parade organizers to give it a fresh, more vivid look. The balloon structure was also fine-tuned as organizers accomplished an engineering feat, incorporating 800 tie lines in the single chamber sphere that intricately pull together SpongeBob’s trademark square shape.

“It’s not very often that the term ‘square’ and ‘balloon’ are used together, but for nearly a decade the SpongeBob SquarePants balloon has been one of the many highlights of the Macy’s Thanksgiving Day Parade,” said Amy Kule, the event’s exec producer. “With his animated persona and super-sized Santa hat, this second iteration of this irascible character will float down the Parade route to the continued delight of the millions of fans lining the streets of New York and the many millions more watching on television across the country. This Thanksgiving, SpongeBob once again takes his rightful position squarely in the sky.”

In 2004, the first SpongeBob SquarePants Balloon made its inaugural appearance in the Macy’s Thanksgiving Day Parade. Based on the most-watched animated kids’ show on TV, this year’s newest SpongeBob balloon will stand at 44-feet tall, 41-feet long and 34-feet wide as it struts down New York’s most famous parade route.

Since its launch in July 1999, SpongeBob SquarePants has been the most-watched animated program with kids 2-11 for more than 12 consecutive years, and over the past several years, it has averaged more than 100,000,000 total viewers every quarter across all Nickelodeon networks. As the most widely distributed property in Viacom history, SpongeBob is seen in over 170 countries and translated in more than 35 languages. Paramount is planning the second SpongeBob movie for 2015.

Macy’s Thanksgiving Day Parade airs nationwide on NBC-TV on Thursday, November 28, 2013 from 9:00 a.m. until noon, in all time zones. 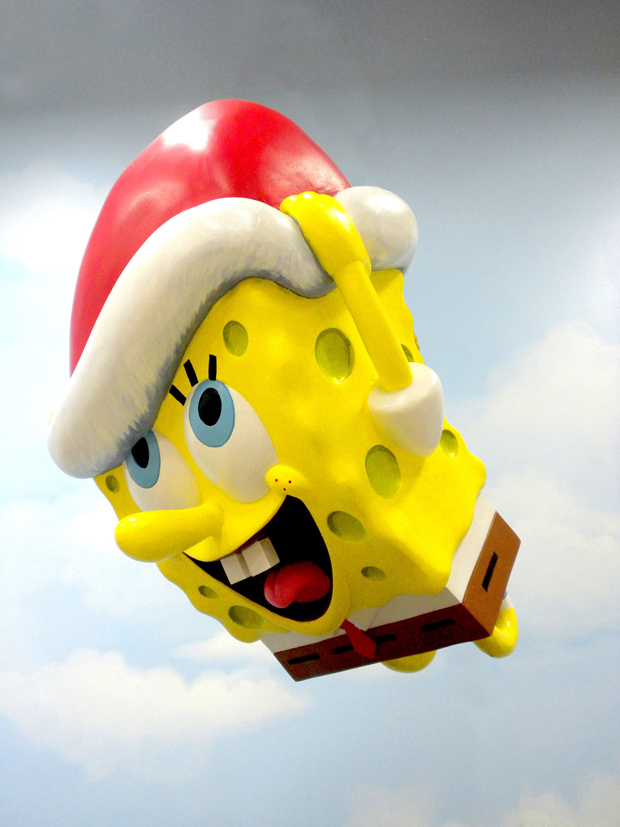 SpongeBob Gets a Facelift for 2013 Macy’s Parade