MIPJunior organizers have announced that The Jim Henson Company and Herschend Enterprises series Splash and Bubbles will receive a World Premiere TV Screening at the 2016 event — set for October 15 & 16 in Cannes. The 80 x 11-minute series for kids ages 4-7 will make its broadcast debut November 23 on PBS KIDS in the U.S.

Splash and Bubbles follows Splash, a yellow fusilier fish who has migrated all over the ocean before settling down in Reeftown, where he befriends Bubbles, a Mandarin dragonet whose vivid orange and electric blue colouring matches her colourful personality. Until Splash came along, Bubbles and most of the other Reeftown residents had no idea what lived beyond the cozy confines of their coral walls. Together, Splash, Bubbles and their friends embark on adventures to explore the world’s undersea habitats, make new friends and learn about the many different ways life looks and lives in the ocean, celebrating the importance of diversity along the way.

Produced using the Emmy-winning Henson Digital Puppetry Studio proprietary technology, Splash and Bubbles is grounded in a marine biology curriculum that focuses on themes of diversity, individuality, interconnectedness and the celebration of learning and discovery. The series also introduces the concepts of ecological balance and the importance of taking care of the ocean.

Created by John Tartaglia (Imaginocean, Johnny and the Sprites), Splash and Bubbles is executive produced by Lisa Henson and Halle Stanford of The Jim Henson Company, Julie Phillips and Merrill Puckett-Miller of Herschend Enterprises, as well as John Tartaglia, Michael Shawn Lewis and Jill Shinderman. Tom Keniston is producer and David Skelly is supervising director.

The Jim Henson Company oversees all distribution and merchandising for the property; Herschend Enterprises administers all location-based themed entertainment rights, including live-shows. The series is funded in part by the Corporation for Public Broadcasting. 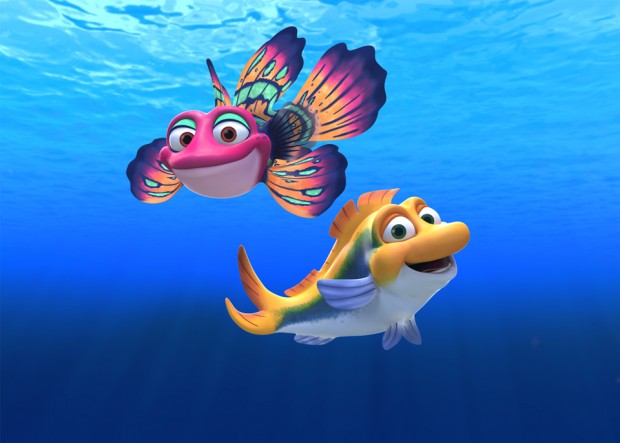