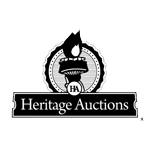 Dallas-based Heritage Auction will feature a special Spider-Man cover art drawn by Todd McFarlane (featuring Spidey and the Red Skull from The Amazing Spider-Man comic, Issue #325, 1989) and an original Calvin & Hobbes Sunday strip from Nov. 19, 1986, drawn by Bill Watterson. According to Heritage, this is the first original Watterson Sunday strip known to have come up for public auction.

The new edition of Heritage Auction, which is slated for Nov. 15-17, features more than 2,000 of the finest examples of comic art and high-grade comic books from a host of sources, including the collection of legendary comic creator Joe Simon, The Shamus Modern Masterworks Collection, The Art of the Funnies, The Bob Brown Collection and The Don Perlin Collection.

McFarlane’s Red Skull Spider-Man cover comes from the second part of The Shamus Modern Masterworks and is expected to bring in over $150,000.

“Demand for McFarlane’s original Spider-Man art continues to climb at a meteoric pace,” said Ed Jaster, senior VP of Heritage, “as evidenced by two important pieces which sold in Heritage’s July auction. The cover of The Amazing Spider-Man #328, depicting an epic battle between Spidey and The Hulk, brought a world record price of $657,250 and the cover art from Spider-Man #1 sold for $358,500. Demand should be equally high for the second part of this offering.”

Watterson’s ink and watercolor strip, which is the first documented piece of its kind to ever make it to public auction, was a gift to fellow cartoonist Brian Basset, creator of the popular strips Adam@Home and Red and Rover. It is estimated to go for over $125,000.

Hignite notes, “The last Calvin and Hobbes art to be sold was in Heritage’s February auction, when a watercolor calendar cover from 1986 brought $107,550. This is an even rarer thing, so we expect the top collectors to come after this piece very hard.”

Another iconic image is Steve Ditko’s splash page from Amazing Spider-Man #12, 1964. The rarity is a Spidey collector’s dream thanks to its tableau of characters: Spidey, Doc Ock, Betty and J. Jonah Jameson among the featured players. This rare pearl of Silver Age Marvel art is expected to sell for over $120,000. 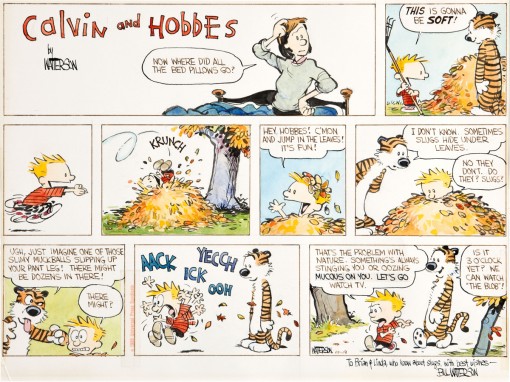