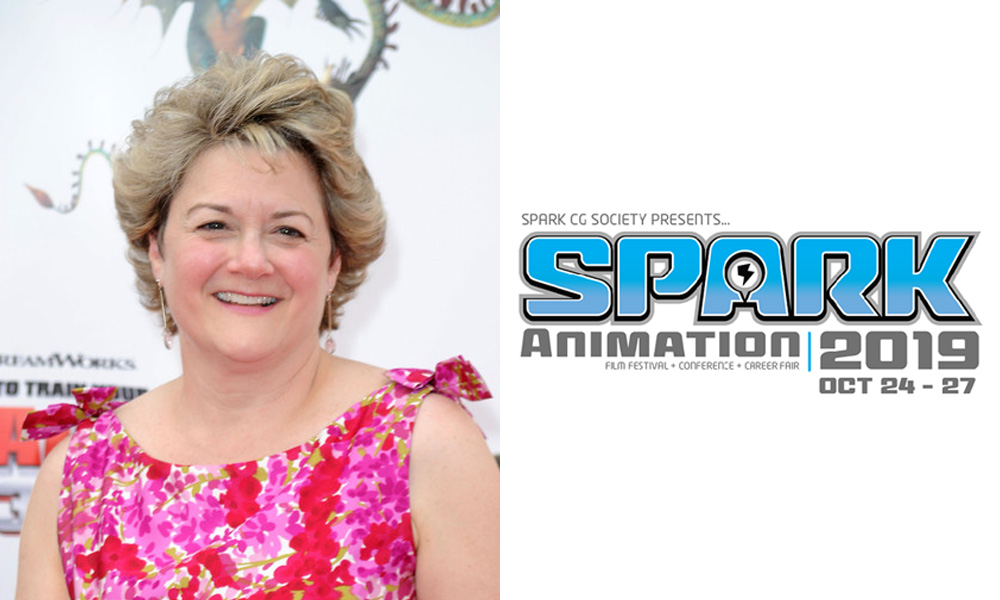 The world’s leading lights in animation will present their expertise and award-winning films at the SPARK Animation 2019 Conference, Film Festival and Career Fair in Vancouver from October 24 to 27, presented by Spark Computer Graphics (Spark CG) Society.

Academy Award-winning director Chris Buck (Frozen, Tarzan); Academy Award-winning animator, illustrator and Disney author Glen Keane; and writer, director and animator Kevin Lima will present the award at the celebration at the Scotiabank Theatre. The evening will conclude with an exclusive preview of Netflix’s much anticipated animated feature, Klaus, and a conversation with director Sergio Pablos and Keane, who is directing Netflix Animation’s upcoming movie Over the Moon.

SPARK 2019 will present a pair of feature films directed by women: the Canadian Premiere of Anca Damian’s Marona’s Frantastic Tale (France), about an “average” dog and her extraordinary life; and the BC Premiere of Kat Alioshin’s Animation Outlaws (U.S.), a documentary about the rise and importance of Spike & Mike’s Sick and Twisted festival to the world of animation.

This year’s festival will also host the BC Premiere of Masaaki Yuasa’s Ride Your Wave (Japan), a surreal story of romance, grief and self-discovery; and Gints Zilbalodis’ Away (Latvia). Winner of the Annecy International Animation Film Festival Contrechamp Award, Zilbalodis wrote, directed, produced, animated and scored this beautiful tale of adventure. The line-up also includes a very special 20th Anniversary screening of Disney’s Tarzan (U.S.) with directors Chris Buck and Kevin Lima in attendance for a post-screening Q&A.

Jury selections will be announced September 30. Films will screen Oct. 25-27 at Vancity Theatre.

Proceeds of the film festival go to Covenant House Vancouver, to help more than 1,400 homeless and at-risk youth, aged 16 to 24, who will reach out to them for help this year.

The Conference program will consist of workshops and presentations by leading minds in animation, Oct. 26 & 27 from 9 a.m. to 7 p.m. at Emily Carr University’s Reliance Theatre and Rennie Hall.

Bonnie Arnold will also be speaking at the conference, as will Glen Keane, whose film credits as animator include The Little Mermaid, Beauty and the Beast, Tarzan, and a 2018 Oscar win for Dear Basketball. Other presenters this year include Chris Buck, director of Tarzan, Frozen and Frozen 2; Kevin Lima, director of A Goofy Movie, 102 Dalmatians and Enchanted; Sergio Pablos, co-creator of Despicable Me, Smallfoot, Minions and Klaus; Dave Burgess, animator for Beauty and the Beast, The Lion King and Aladdin; Robert Russ, animator for Monsters, Inc., The Incredibles, Inside Out and animation supervisor on Toy Story 4; and Bill Plympton, the Oscar-nominated “King of Indie Animation.”

On October 26 from 9:30 a.m. to 5 p.m., job-seeking animation professionals will have a chance to meet with representatives from 20 leading animation studios at the Career Fair ― including CG pros, HR professionals and executive decision-makers ― at Hangar Warehouse, Centre for Digital Media. The Career Fair is free to attend, however, registering in advance online is highly recommended.

Festival tickets and conference passes are on sale and registration is available atsparkanimation.ca.