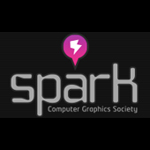 Set for October 20-23 in Vancouver, the Spark Animation Festival will be showcasing an international selection of screenings at the Vancity Theatre and Scotiabank Theatre. The event will also include a Business Symposium, Conference, Career Fair and Artist Alley.

Among the film highlights is the Canadian theatrical premiere of Kingsglaive: Final Fantasy XV, which will open the festival Thursday night. The visually lush fantasy-adventure features a sequence produced by Vancouver’s Image Engine, who are sending a delegation of production supervisors to make a presentation on the production during the Spark Conference.

On Saturday, Spark will pay tribute to Michael Arias — the American-born director credited as the first non-Japanese director of a major anime feature. There will be a regional premiere screening of his latest film, Harmony, based on the book by Project Itoh, followed by a 10th anniversary screening of his globally acclaimed Tekkonkinkreet, based on the Eisner-winning manga by Taiyo Matsumoto.

As part of the Animation for a Cause initiative, proceeds from Spark screenings go to Covenant House Vancouver, which aids homeless youth.

On Sunday, there will be a selection of European works on offer. The evening will open with Dofus – Book 1: Julith, based on the hugely popularly MMORPG and transmedia brand. Following will be the crudely funny, adult animation Bad Cat by Mehmet Kurtulus and Ayse Unal. The festival will close out with Psychonauts, the Forgotten Children from Spain, co-directed by Pedro Rivero and Alberto Vazquez, adapted from Vazquez’s graphic novel.

Proceeds from the Sunday evening screenings will be donated to the Hemophagocytic Lymphohistiocystosis Care Fund, in memory of VIFF and Vancity Theatre’s Sumit Guha.