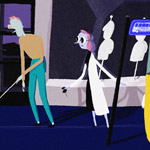 The 2017 Fest Anča international animation festival has wrapped up in Zilina, Slovakia, with the international jury bestowing the grand prize Anča Award — and its 800 euro purse — to Sore Eyes for Infinity by Finnish director Elli Vuorinen. The colorful hand-drawn film, produced with crowdfunding support, centers on an optician whose usual day is interrupted by several extraordinary clients, each of whom see the world in an unexpected way.

“Although [Sore Eyes] was one of the first films we saw, we did not lose it from our sight throughout the whole festival,” the jury noted. “Using expressive animation, it presents an absurd vision that is nevertheless rooted in reality. The main character observes a grotesque world, until she finds the courage to join it – with a helping hand.”

This year’s winning Fest Anča films will have an encore screening at the Pohoda festival in Trenčin this Saturday, July 8 at 9 p.m. in the Martinus Literary Tent. See www.festanca.sk for more on the festival.

Anča Student Award {400 EUR)
Penelope | Director: Heta Jäälinoja (Estonian Academy of Arts, Estonia, 2016)
Jury notes: “We gave the student award to a playful film that races against time, bombarding us with a series of hilarious and inventive ideas about how to clean up your flat.“

Jury notes: “…A deep melancholic atmosphere. It tells a story that takes you on a journey. Minimalistic composition using a distinctive colour palette and strong use of shadows describes the background environment while keeping the action centre-framed. There is a clear progression in the story from characters’ introduction to the dramatic ending.“ 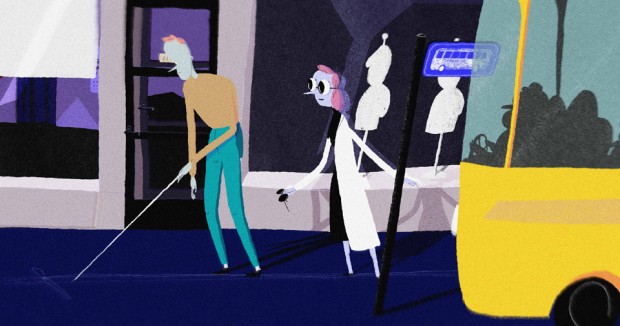