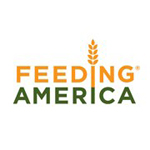 Sony Animation’s buzzy Cloudy with a Chance of Meatballs 2 hopes to do a lot more than just entertain theatergoers when it opens in theaters on September 27. The colorful sequel has joined forces with Feeding America and leading fresh produce companies to help alleviate the hunger problem in America.

Grocery shoppers will get a chance to support Feeding America and Hunger Action Month in supermarkets across the country. Shoppers should look for specially packaged product from participating produce suppliers (Grimmway Farms, Cal-Organic, Duda Farm Fresh Foods, California Giant Berry Farms featuring Cloudy with a Chance of Meatballs 2 artwork and a QR code that will link them to Cloudy2win.com for movie rewards, recipes, information about the film and donation information.

“We’d like to thank the San Francisco Giants and KNBR for their generous support of our collective fight against hunger,” said George Leon, executive vice president of global consumer marketing for Sony Entertainment. “Cloudy provides great entertainment, but it also gets across an important message about making the world a better place through fresh produce and food, which are integral to the film.”