The 10th anniversary celebration of Sony Pictures Animation (SPA) continues with a five-week series of special screenings featuring SPA’s collection of animated and hybrid films, as well as reunions with filmmakers participating in Q & As following each screening, rare footage/materials from the SPA archives and giveaways. The series, which will culminate with an exclusive screening of the highly-anticipated comedy Hotel Transylvania, in theaters September 28, was announced today by Bob Osher, President of Sony Pictures Digital Productions, and Michelle Raimo-Kouyate, President of Production, Sony Pictures Animation.

Held in conjunction with ASIFA-Hollywood and Animation Magazine, the screenings will commence Wednesday, September 5 with the spotlight on SPA’s 2006 inaugural film, Open Season. Ensuing weekly Thursday presentations on the Sony Pictures Animation campus will feature the Oscar-nominated Surf’s Up, the blockbuster hit Cloudy With A Chance Of Meatballs, and last summer’s international smash The Smurfs. The series will conclude with a screening of Hotel Transylvania during the Saturday of the film’s opening weekend of release.

Enhancing each film exhibition will be unique offerings of rarely- or never-before-seen footage and materials from SPA’s first decade, and presented in coordination with panel discussions led by directors, producers and key crew members from each individual film. The exclusive weekly events will be moderated by respected animation experts, and the proceedings will be filmed and documented for sharing across the social media channels of Sony Pictures Animation, ASIFA-Hollywood and Animation Magazine.

“Milestones are an essential step for every institution to both celebrate and inspire, and I’m very proud of all that Sony Pictures Animation has accomplished in 10 short years,” Osher said. “I think these screenings and panels will give wonderful perspective as an appreciation of how far we’ve come, what we’ve achieved, and where we can go next.”

“This is an exciting time at Sony Pictures Animation with so much on the horizon, both near and far, but we stand here today because of the wonderful movies and filmmakers who came before us,” said Raimo-Kouyate. “These screenings will properly honor our seminal slate of films, while also giving fans a glimpse toward our bright future.”

“It is truly impressive to see the strides that Sony Pictures Animation has made in its first decade.” said ASIFA-Hollywood President Frank Gladstone. “And it is an honor for ASIFA-Hollywood, working with Animation Magazine, to help commemorate that journey with this terrific retrospective film series.”

Adds Jean Thoren, President and Publisher of Animation Magazine: “Thoughout this past decade, we have been lucky to witness and chronicle the rise and artistic growth of Sony Pictures Animation in the pages of our magazine. Now we are honored to help celebrate the achievements of this innovative studio along with ASIFA-Hollywood and millions of fans worldwide leading to the opening of Hotel Transylvania.”

The series’ initial four screenings will be hosted in Sony Pictures Animation’s revered Ray Harryhausen Theater, which will feature intimate exhibitions of SPA artwork in and around its facilities. Tickets for these one-time events will be primarily made available to members of ASIFA-Hollywood and through giveaways via Animation Magazine.

On September 5, SPA will present Open Season, the first film in the studios’ decade-long history. Amongst the rarities of the evening will be a presentation of the Oscar-winning short, The Chubbchubbs, along with a panel discussion amongst Michelle Murdocca (producer), Steve Moore (executive producer) and William Haller (character animator). 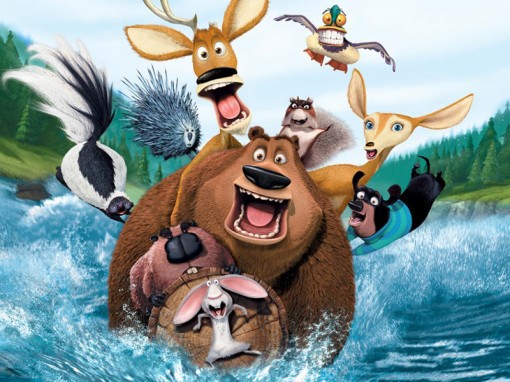 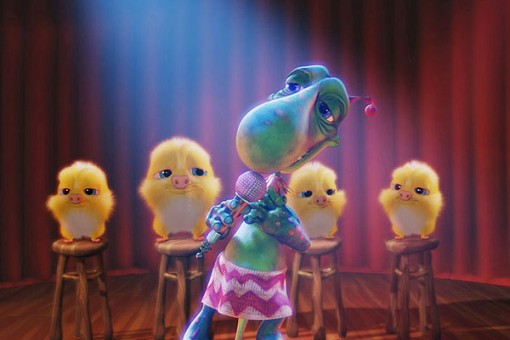 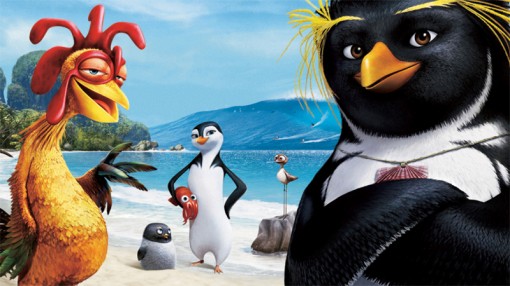 Breakout directors Christopher Miller and Phil Lord (21 Jump Street) return to their animation roots to present Cloudy With A Chance Of Meatballs on September 20.  The directors will be joined by producer Pam Marsden and VFX Supervisor Rob Bredow for a panel discussion of the film. 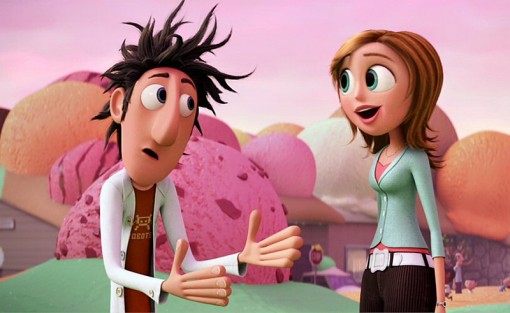 Cloudy With A Chance Of Meatballs

SPA’s international animation hybrid sensation, The Smurfs, will screen on September 27. A panel discussion will feature filmmakers and key artists. 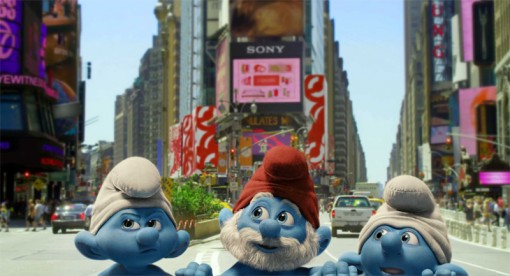 The Screening Series will close its summer run with a Saturday, September 29 offering of Hotel Transylvania – during its opening weekend in theaters – at a public venue in order to accommodate ASIFA family members. Two-time Emmy Award winner Director Genndy Tartakosky and Producer Michelle Murdocca will lead the festivities. 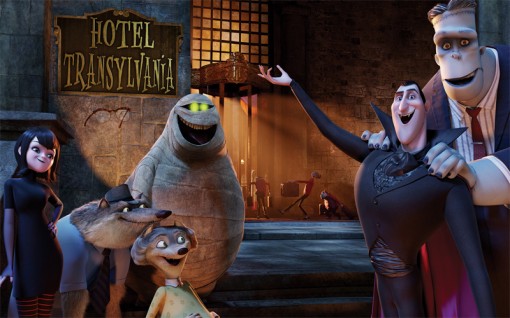 Sony Pictures Animation celebrates its 10th anniversary in 2012 with a robust slate of upcoming films. Following Hotel Transylvania on September 28, 2012, SPA will welcome the July 2013 release of The Smurfs 2, the follow-up to the 2012 global sensation. Cloudy 2: Revenge Of The Leftovers, a sequel to Sony Pictures Animation’s popular animated blockbuster, will reach theatres worldwide in February 2014.

Also now in development are the aforementioned Popeye, based on the King Features comic strip Popeye, being directed by Tartakovsky with the screenplay by Jay Scherick and David Ronn (The Smurfs). Avi Arad (The Amazing Spider-Man) and Ari Arad (Iron Man) executive producing; Kazorn and the Unicorn, with Kelly Asbury (Shrek 2, Gnomeo & Juliet) at the helm and co-directed by Troy Quane. Lloyd Taylor is writing the screenplay. Sam Raimi and Joshua Donen are executive producing; and the hybrid live-action/CG feature Secret Histories, written by John Francis Daley and Jonathan Goldstein and produced by Ellen Goldsmith-Vein and Eric Robinson of The Gotham Group with Greg Little.