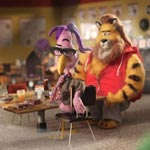 The mouthwatering animated comedy short Soggy Flakes — the latest project from the multi-award-winning Affolter brothers — makes its West Coast debut this week at the Vancouver Short Film Festival (www.vsff.com). The piece is running in Programme 1 on Friday, Jan. 26 at 8 p.m. in the Vancity Theatre.

Directed by the veteran Affolter brothers of Foreshadow Films and winner of the Storyhive animated short film grant, Soggy Flakes tells the story of a group of washed-up, out-of-work breakfast mascots who form a weekly support group to help them deal with the reality of a low-carb, sugar-free and gluten-intolerant world. The chance arrival of Captain Kale, a sell-out ex-colleague, at one of their meetings forces the group to re-evaluate what it means to be successful.

Recently nominated for three Canadian Screen Awards in the Web Program or Series section, the stop-motion characters such as Leon the Liger, Ms. Swheatie and Dr. Bird Berry are brought to life by the voice talents of Peter New (My Little Pony, Littlest Pet Shop), Cole Howard (The New Adventures of Peter Pan, Leo Award winner for Bob’s Broken Sleigh), April Cameron (Leo nominee for The Philosophy of Phil), and David C. Jones as Captain Kale.

Learn more about the filmmakers and their projects at www.foreshadowfilms.com. 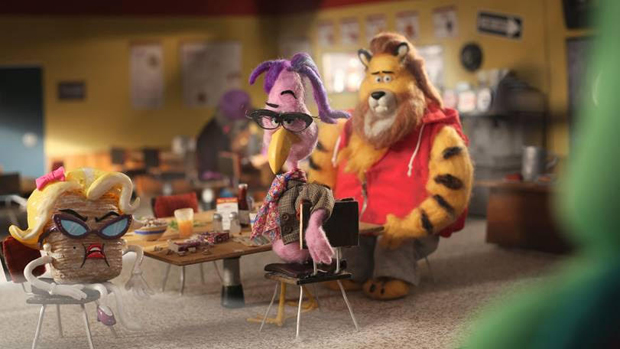