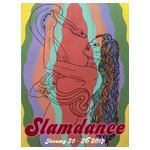 Organizers of Slamdance have revealed the Special Screenings, Beyond and Shorts programs for the 23rd film festival, which includes 35 world, 9 North American and 10 US premieres. Taking place January 20-26, 2017, the Slamdance short film competition is an Oscar Qualifying contest, which this edition will showcase 51 national and 20 international works under Narrative, Documentary, Animation, Anarchy and Experimental sections.

Animated short offerings at the 2017 festival will include 13 films screening in competition. Additional animated pieces will screen out of competition, including Michael Edwards’ animated “three-act assault on the conceit of the traditional narrative,” A Narrative Film, will run in front of the US premiere Special Screening of You Never Had It: An Evening with Bukowski. Visit slamdance.com for more information.

Chella Drive (USA) US Premiere
Director: Adele Han Li
A disembodied memory of adolescence in a Southern Californian suburb. The stuck-stillness of endless summer is disrupted only by a passing El Niño.

Hold Me (Ca Caw Ca Caw) (USA)
Director: Renee Zhan
Flap flapflapflapflap flap. A large bird and a small boy cohabit in an unhappy relationship, trapped by four walls and a mutual codependency. The fragile balance of their existence is cracked by an un-eggs-pected arrival.

Insect Bite (USA)
Director: Grace Nayoon Rhee
A tiny bug tries to figure out what it wants to become.

It Is My Fault (China) North American Premiere
Director: Liu Sha
This work utilizes the own approach of the digital medium itself to deconstruct, to form the subliminal synesthesia visually and to create a fictional experience for the mind.

The Noise of Licking (Hungary)
Director & Screenwriter: Nadja Andrasev; Short story by: Ádám Bodor
A woman is being watched every day by the neighbor’s cat, as she takes care of her exotic plants. Their perverted ritual comes to an end when the cat disappears. Next spring a peculiar man pays her a visit.

Remember (Japan)
Director & Screenwriter: Shunsaku Hayashi
“Leaving home, ‘I’ got a phone call. As ‘I’ answered it, the house exploded. ‘I’ went to work and continued as normal…” 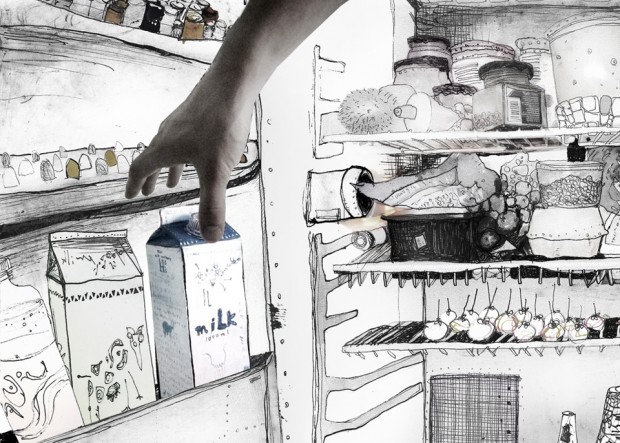