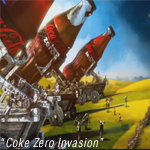 Six international ads have been nominated for the 2011 Animated Com Award, with winners to be announced in conjunction with the 18th Stuttgart Festival of Animated Film.

The nominees are as follows:

The finalist entries can all be seen online at http://www.itfs.de/en/competitions/animated-com-award/nominees-aca-2011.html. To give you a taste, here is a look at Compare the Market: “Compare the Market ‘Streets of Ambitiousness'”:

These finalists were chosen by a jury of four, which narrowed down the selections from 82 films submitted to a short list of 14 to the six nominees.

“International competitions provide participants with an exciting opportunity to compare their work. Awards are an important marketing instrument for creatives and service providers as well as having a great emotional value,” says jury member Prof. Thomas Hundt, of jangled nerves. Hundt continued to acknowledge the increasing number and quality of entries from German companies. “Animated film is an exciting niche, with the potential for considerable further development. Cartoon animation and CGI are the starting point for the international careers of many creatives.”

The Animated Com Awards are being presented by the Stuttgart festival with partners the Fraunhofer Institut IPA, Mackevision, Kolbenschmidt Pierburg and Netformic.