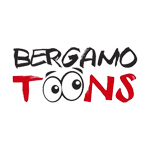 This summer, the north of Italy plays host to a three day celebration of animation as the BergamoTOONS Festival runs June 22 through. In addition to free symposiums, film screenings and exhibitions, Bergamo will welcome special guests, celebrate the anniversaries of two iconic characters, and toast the work of a local animation hero.

The common theme of the 2017 event is “humor,” a characteristic of acclaimed cartoonist and honorary BergamoTOONS associatino president Bruno Bozzetto — who will be honored with a Gala Night celebration and a screening of his feature masterpiece Allegro non Troppo at the Donizetti Theatre — and his friend, animator, writer and director David Silverman, who will introduce a special outdoor screening of his 2007 feature The Simpsons Movie on June 24 and deliver the closing keynote in the aula magna of the University of Bergamo.

Silverman directed the very first episode of Matt Groening’s The Simpsons, which debuted in 1987. Still an active director on the series, Silverman also notably helmed Pixar’s Monsters, Inc. (with Pete Docter) and the Oscar-nominated short Maggie Simpson in “The Longest Daycare”.

“We could not hope for a better guest for the kick-off edition of BergamoTOONS,” said Federico Fiecconi, artistic director of the festival. “David Silverman embodies, like no other, the key aspects of animation that we want to celebrate at the BergamoTOONS: an unbridled charge of irreverent and transgressive spectacularity. David is a shining light both as an animator and as a renown musician, who loves to entertain with humour by playing his tuba.”

The principle objective of BergamoTOONS is to cultivate interest in animation and increase awareness of this creative, enterprising field, and stimulate the industry development. To this end, introductory sessions, seminars, workshops and masterclasses aimed at young creatives will focus on script-writing, anrrative themes and filmmaking technology.

In support of this goal, Animation Magazine’s own Publisher and CEO, Jean Thoren will deliver the opening presentation. Animation Magazine, which also publishes the annual International Education and Career Guide, is celebrating its 30th anniversary year in 2017.

The Simpsons will feature prominently at the festival, with June 23 scheduled as “Simpsons Day.” In the morning, the University will host “The Phenomenon of The Simpsons” discussion with Silverman and Bolognese animator Silvia Pompeii and other experts. This will be followed by the opening of “The Art Behind the Scenes of The Simpsons” exhibition of original series artwork. The exhibit will be set up in the former church of Santa Maria Maddalena — a fittingly ironic nod to the struggles that Mayor Giorgio Gori and Fiecconi had in getting Italy’s Channel 5 to importing the then-controversial series, which finally happened in 1991 in a post-watershed timeslot. There will also be a “The Simpsons – Silverman’s Marathon,” curated by the director.

In addition to The Simpsons‘ big 3-0, Bergamo will also celebrate the 70th anniversary of iconic Looney Tunes star Daffy Duck, and the 50th anniversary of Croatia’s beloved cartoon scientist, Professor Balthazar; as well as contemporary works from around the globe.

The Donizetti Theatre will present the works of Italian-Bavarian cartoonist Joshua Held, featuring original animations created for the comic opera The Barber of Seville and The Journey to Reims. In the evening will follow a screening of a new restoration of Allegro non Troppo, hosted by Bozzetto himself. This iconic marriage of fantasy animation and classical music is returning 41 years after its release to the theatre where its live-action scenes were filmed. Director Maurizio Nichetti, who as a young actor played The Artist in the film, will also be in attendance.

The Art District of Bergamo will on June 22 host an afternoon dedicated to Bozzetto at the Modern Art Gallery GAMeC. This will feature the opening “Allegor, It’s Animated Art!” exhibition of original drawings, followed by a screening of documentary feature Bozzetto non Troppo (2016), with director Marco Bonfanti in attendance. The evening of June 23, the Carrara Art Academy will present a program of animated films in its courtyard.

Further highlights of BergamoTOONS include a screening of The Simpsons Movie at Sant Agostino Park on une 24, the kid-friendly Aperitoon gathering at MAITE, and the daily TOON Pub sessiosn in th San Michele area — a festive blend of food, drink and animation with live artist demonstrations, book dedications and entertainment. The festival will close with the grand finale Cartoon Party in the cloister of the Church of Santa Maria del Carmine in the heart of the upper city (registration is required).