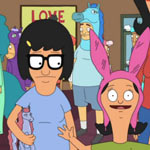 FOX TV is heading to San Diego Comic-Con 2018 with special programming for seven hit series — includings its fan-favorite animated comedies Bob’s Burgers, The Simpsons and Family Guy. Attendees will have a chance to peek first-look footage, catch advance screenings, and participate in interactive fan experiences for a variety of popular programs.

Toon highlights include:
BOB’S BURGERS x SHAKE SHACK EXCLUSIVE FAN EVENT
Where: Shake Shack, Mission Valley (only accessible via the official buses at Park & Imperial, near Petco Park)
When: Friday, July 20 | Bus picks up hourly from 11:00 AM – 9:00 PM
Attention Bob’s Burgers fans! Hungry for more? Get picked up from downtown San Diego in a Bob’s Burgers charter bus and head up to Shake Shack, where you’ll be served the “Burger of the Day” and fries! Come back with a full stomach and a commemorative photo to share on social media. A lucky few may even catch someseries voice talent at the Shack! Follow @BobsBurgersFOX and use #BobsBurgers to join the conversation. (Access to this event is on a first-come, first-served basis.)

FAMILY GUY – PETER VS. THE GIANT CHICKEN PHOTO OPP
Where: The Hilton Bayfront Lawn
When: Thursday, July 19 – Sunday, July 22
Hours: Thursday: Noon – 6:00 PM, Friday: 10:00 AM – 6:00 PM, Saturday: 10:00 AM – 6:00 PM, Sunday: 10:00 AM – 1:00 PM
The time has come to settle Family Guy’s long-standing feud between Peter Griffin and his arch nemesis, the Chicken! Fans of the animated hit series will get the chance to choose between Team Peter or Team Chicken, by way of a fun photo opp that places fans directly in the battle between these two characters. Want to go beyond just a photo opp? FOX also will allow fans to create their very own customized digital Family Guy character, using www.FamilyGuyYourself.com. Follow @FamilyGuyonFOX and use #FamilyGuy to join the conversation.

The FOX FANFARE Booth (#4229) will feature an incredible lineup of talent on the convention center floor for star-studded autograph signings and exciting booth activities. Drop by daily to pick up the 2018 FOX FANFARE Poster Tube, as well as Exclusive and Collectible Mini-Posters from The Passage, Cosmos: Possible Worlds, The Orville, The Gifted, Bob’s Burgers, The Simpsons and Family Guy, among other FOX FANFARE properties. Limited-edition giveaways also will be distributed from the booth (while supplies last): 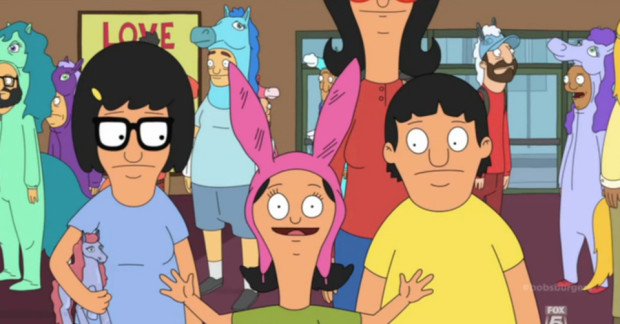