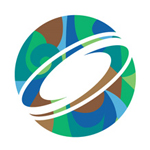 A timely SIGGRAPH panel examines the pros and cons of distributed production.

SIGGRAPH is always a showcase for whiz-bag images of digital destruction, virtual flames and flowing, photo-real hair. This year, a less obvious but profound development in modern image making is also receiving attention at a panel discussion entitled “Successful Creative Collaboration Across Time and Space.” The participants, coming from animation and vfx production, games and academia, weigh in on the ways artists now collaborate on a global scale.

As panelist Jonathan Gibbs from DreamWorks Animation puts it, “We have increasingly gone from a model where a show was entirely produced at a single studio, to a model where we pick up a few animators in what we used to call a ‘remote room’ at another studio, to now doing features where people can work wherever they are.”

As DreamWorks’ global head of effects, Gibbs has watched this revolution first-hand, having started at PDI in 1997 and worked on Antz, Shrek, Madagascar and How To Train Your Dragon. “Dragon was almost a 50-50 split between our Northern and Southern California studios,” he notes. “So we’ve started to look at projects differently.”

The goal of DreamWorks’ proprietary technology is to make remote collaboration as seamless for the artists as possible, Gibbs explains.

“They’re not aware of where their data is, and they’re not doing manual stuff like copying data over to another studio. Even the term ‘upload’ isn’t in their vocabulary. They do their work and then they check in to say they have a new version. They might submit some shots to be shown in dailies, and the system makes sure that the shots are where they need to be in time. They could be sharing files with someone, and apart from the fact that they don’t see that person at lunch, they don’t need to be aware of where they are.”

The process is also seamless for the supervisors who used to move from workstation to workstation, overseeing approvals. Each DreamWorks’ studio has rooms called Kiosks with machines that can be slaved together. So when a supervisor pulls up a Maya animation, for example, the animator at the other site is looking at the same thing. Kiosks also contain videoconferencing systems, which mimics having the supervisor visiting your desk. “So much of animation is communicated with hand gestures, so you can’t have audio-only,” adds Gibbs. “Our supervisors like this setup so much that they use these Kiosks even when their animators are in the same building.”

“There’s nothing worse than videoconferencing with low resolution and high compression artifacts. We’ve gotten past that with rooms that have full HD video, and by gaining more experience working this way. There’s a bit of a cultural component to videoconferencing and it takes some time to get good at it.” DreamWorks also uses HP Halo technology for some of its meeting venues.

DreamWorks is extending its distributed collaboration approach to its site in India, and Gibbs admits being surprised that there aren’t latency issues that impede videoconferencing. But he’s cautious in predicting whether this technology ultimately could be extended to individual freelancers. “We would love to be able to expand the number of people we can work with. But there are ‘last mile’ issues in getting across the amount of data that artists have to pull into their machines and then push back out. But everybody’s working on that. So I think at some point we’ll get there.”

The trend is clearly pointing in that direction, believes SIGGRAPH panelist David Parrish, head of production at Reel FX. The 300-person facility headquartered in Dallas, Texas, is also focusing on how to make distributed production work on a smaller scale than the large studios. While data-heavy final shots are still shipped for client approval on hard drives via FedEx, much of their production process is handled through web-based collaboration. The company’s many L.A.-based corporate and entertainment clients (which include Warner Bros., Sony and Fox) typically view work-in-progress by visiting Reel FX’s site in Santa Monica, California, which is linked electronically to Dallas. 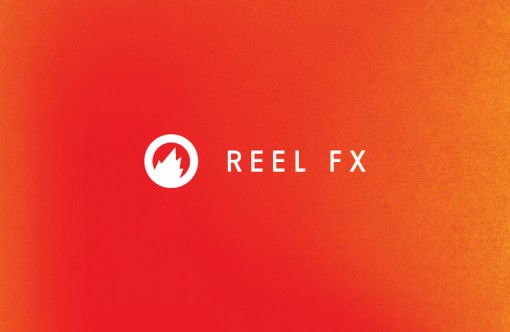 As Parrish explains, “What we found for animation in particular, and areas of the pipeline like modeling and rigging and skinning, the data sets are not that large and the capabilities and bandwidth of the systems now are able to support doing that type of work remotely.” Parrish takes the long view on these developments—his first job was at ILM on the 1996 film Dragonheart, back when it cost a fortune to upload images from San Francisco to Los Angeles via Vyvx. His subsequent assignments, which included Star Wars: The Phantom Menace and The Polar Express, gave him a taste of giant productions, and he knew that when he returned to his home state, he’d need to find a new model.

“A big part of our process deals with expanding and contracting by enlisting people from other parts of the country and the world,” Parrish remarks. “In Dallas, we can’t go out and hire 30 animators. There just aren’t that many here!”

Reel FX’s solution has been to develop a proprietary web-based software system called Insight. “Insight is completely integrated into everything we do, from production drawings all the way to editorial. Shots are assigned and feedback is given and tracked through Insight. Our animation pipeline is set up so that an animator—whether they’re in our building or in Australia or Brazil—logs into Insight and clicks on the Latest Review button and sees an image of their supervisor, in a Quicktime video, talking to them about their shot while the shot is playing, and with draw-overs to indicate feedback on their animation.”

“Everyone who’s on a show has access to all this data,” notes Parrish. “I could pull up the shots of Animator A, B or C and see the feedback from supervisors on each shot. We have a Version Control system that tracks each shot so we know what Take 5 and Take 14 looks like. If a director wants to go back to a previous take, we have that tracked and it’s easy to bring it up for reference. We know what a shot looked like at every stage of the process.”

Parrish thinks that SIGGRAPH attendees might be surprised at the global network of remote artists who work for a company located in Dallas, Texas. “We’ve had as many as 70 remote animators on a single project. We’ve utilized talent that’s straight out of college and seasoned vets who want to live somewhere else. And there are people from other countries who jump at this opportunity, and we love giving it to them. We’ve had Canadians who wanted to go back home, and they’re now what we call ‘permalancers’—freelancers who we depend on regularly to work with us remotely.”

Permalancers—a new term for the era of distributed production. Reel FX will undoubtedly need many of them as the company produces its first animated feature Turkeys with a voice cast headed by Owen Wilson. Parrish looks at expansion of many studios to locations worldwide and sees economic necessity as well as creative opportunity.

“This industry is historically low-profit, and a lot of that has to do with overhead. So anyway you can minimize costs allows you to do more iterations, and that’s key to getting amazing images.”