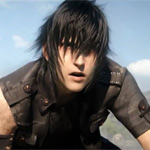 Among its robust range of computer graphics programming, SIGGRAPH 2017 — running July 30 to August 3 in Los Angeles — will include a focus on the art and technology of games. The achievements are presented in sessions and demonstrations throughout the conference week, and showcase of visionaries and pioneers of the industry that will have their chance to shine include advances in real-time rendering, runtime animation synthesis, asset creation, and much more.

Some of the games-related highlights to be found across the conference and exhibition are: DeepLoco: Dynamic Locomotion Skills Using Hierarchical Deep Reinforcement Learning (in Technical Papers program), a look at the production and AI processes of Computer Animation Festival selection Final Fantasy XV – “Omen” Trailer (Talks), Blizzard Entertainment Presents: The Making of the Overwatch Animated Shorts (Production Sessions), a focus on Niantic’s smash hit with Evolution of AR in Pokemon GO (Talks), and a virtual walk-around of Michelangelo’s David (“Il Gigante,” VR Village).